This season has done a fantastic job of spreading its focus on a variety of characters within Gotham, but I have always felt that it hasn’t done enough for its supposed leading man, Jim Gordon. That all changes in “Red Queen” as we have an Inception-esque elevator memories scene that weaves its way throughout the episode.

With Tetch still running rampant around Gotham, he meets up with a crazed looking drug dealer of sorts and gets an accelerant and a mysterious drug labeled “Red Queen.” The drug sends the user into paralysis and then within an hour fries the person’s brain. Lovely! Of course, Tetch gets Jim to chase him and blows the dust into his face, and we get a haunting trip through Jim’s subconscious. 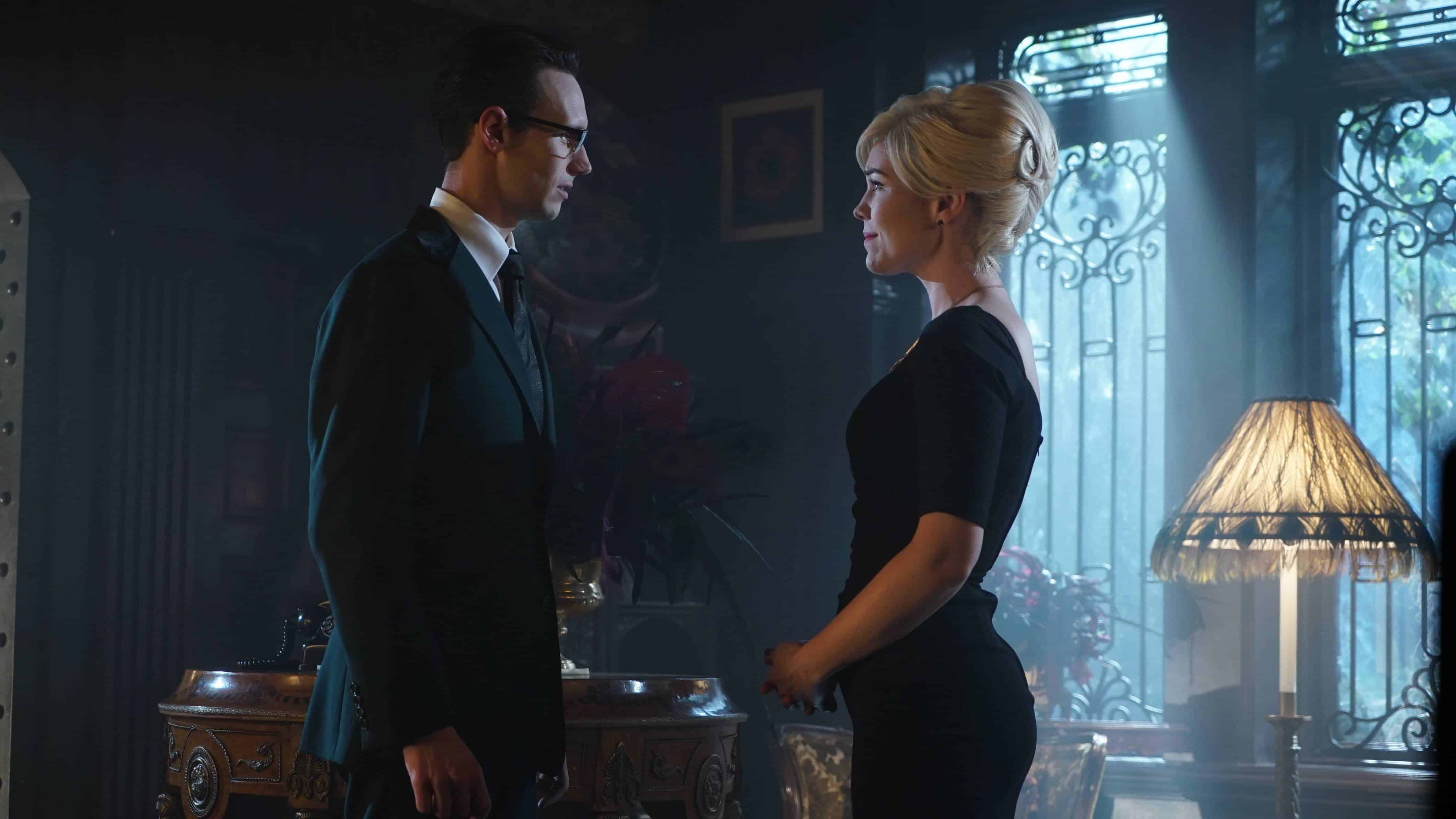 The scenes are very similar to that of the Inception elevator scene mentioned above. Barbara, naturally, is the elevator operator, and there’s no way that Jim can escape until they reach each specified floor. Each of the floors represents something that Jim is currently struggling with, from failing to find Bruce parents’ killers to recognizing that he is the one that allowed a massacre to happen at GCPD. The further they go, the more complicated, yet fruitful the hallucinations become. Of course, one is with a perfect little family with Lee, but it’s the next one that actually is the turning point of his vigilante ways.

In the final hallucination, we get to see Gordon’s father. Very little is known about him, something of which I hope changes in the future because it would go a great way of explaining why he is the way he is. Before the car they are in gets hit, his father says that everything he needs is written on his ring. And then, this is where Mario pulls Jim out of the hallucinogenic state; although, he wasn’t too nice about it. Jim’s father’s ring had the following in Latin: “While we breathe, we shall defend.” Those few simple words righted his direction in the world, and he is finally becoming a part of the GCPD once again!

It’s definitely going to be a nice change of pace for vigilante Jim. While I did enjoy it, for the most part, it’ll be nice to have more Bullock/Jim interactions. 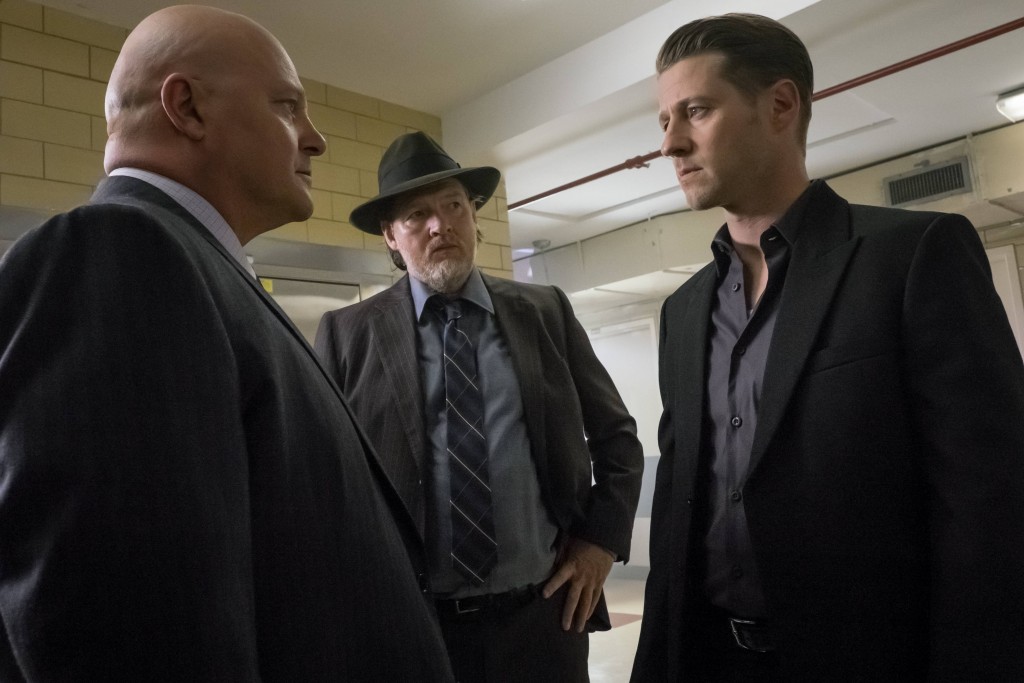 While Jim was diving through his mind, Cobblepot’s world was slowly being turned upside down. He is one of those characters you love to root for, even though you know what he will eventually become. Nygma’s intense infatuation with Isabella, the Kris Kringle Doppelganger, will certainly be the duos downfall. After Cobblepot talked to Isabella leaving little breadcrumbs of doubt about who Nygma really is, she still didn’t care. It’s pretty obvious that she is a plant, but this just goes to show the power of kinship is far superior to logical thought. As for Cobblepot attempting to deal with the Nygma situation, he has much more on his hands at the moment.

The Founder’s scene was pretty brief, while also being lasting. Earlier, Tetch drained his sister of her blood and mixed the accelerant in hopes of infecting all the Founders, but some surprisingly adept police work from the GCPD foiled that plan. As for Cobblepot, he came face to face with Kathryn, and she cryptically told him that they’ve had their eye on him for quite some time. The waters are muddied even more so when it looks like someone with the same exact ring that Jim’s dad had was seen talking to Kathryn. I have zero idea where the Court of Owls storyline is headed, but it seems we are getting even closer.

Overall– 95%
This episode was really the crescendo of last week’s. All the emotional fallout from various characters this week will change the landscape of Gotham moving forward. Valerie is done with Jim, the Cobblepot and Nygma ship is beginning to fracture and Bruce and Selina appear to be actually working on something resembling a relationship. This episode may not have been as action-packed as the last, but it was just as engaging.
95
Tags:Batmanben mckenziebruce waynecamren bicondovacory michael smithdavid mazouzDC Comicsdonal logueedward nygmaGothamoswald cobblepotPenguinrobin lord taylorthe riddler