The dust has finally settled on E3 2019, and we have all had a nice look at what the future holds for gaming. While there were a slew of games shown across the bevy of conferences and off-site events, here are the titles each of our writers felt rose to the top.

While I did feel that E3 had a bit of a down year due to it featuring a slew of trailers and very, very little gameplay, it was still hard to pick out three titles for this piece. E3 2019 featured the usual AAA suspects (minus Sony), but only one really wowed me with what was on offer. That was, of course, CyberPunk 2077 by CD Projekt. The other two? 12 Minutes (Luis Antonio, published by Annapurna Interactive) and Carrion (Phobia Games, published by Devolver Digital). These choices could have stemmed from my waning taste of AAA licensed games, or the fact that many other titles are far, far off from releasing. Nonetheless, here’s why these three titles rise to the top.

The cyberpunk aesthetic is so vibrant and inviting in all of its decrepitness. The combination of immense wealth inequality and futuristic tech that allows for glamourous body modifications leads for an ever entertaining backdrop amongst a sprawling brightly lit city. I still have reservations as to how they will convey their melting pot of a city, but I am absolutely enthralled with the possibilities that come about with Cyberpunk 2077.

Do you ever see a game trailer, and the hair on the back of your neck literally stands on end? It’s not even necessarily due to a jump scare or the abundance of gore or intense scenes, just more to dealing with the unknown. That’s 12 Minutes. The game is setup as a romantic evening with your wife that turns into anything but, and then, time loops after 12 minutes. Your job? Connect the clues to stop your world from turning upside down by using clues learned in the first 12 minutes. The voice acting felt so natural that it truly solidified the sense of despair in just a two minute trailer.  Its theme is fresh, and I can certainly see where they could push the narrative into an interesting territory.

We’ve all seen the movie or played the game where a lab experiment goes terribly wrong (or right, depending on point of view) and you have to defend the town, city or world from the evil created by man? But, what if that script is flipped and you are experiment that is exacting revenge, or just doing what evil experiments do… kill things? Enter Carrion. Billed as a reverse horror game, you are a red creature that goes on a murder spree as you slink across the lab. It’s hard to really tell where the game is going, but it appears as if you can slightly change form and grow in stature. Not typically my type of game per se, but I can’t say I didn’t have a smile plastered across my face while watching the trailer from E3.

This E3 has definitely been on the much lighter side as I feel that a majority of devs are holding off until the next generation of consoles. There were definitely some bright spots like Square Enix and Nintendo.

I really enjoyed what was shown of Watch_Dogs: Legion. It brings all the ideas from the previous title full circle. Giving the ability to get any NPC to join you and play with them is great, and to top it all off, each character has their own unique abilities. Being able to play with over 9 million NPCs and different abilities really does up-the-ante on open world titles which I personally started getting reacquainted with.

I’m also excited for Bleeding Edge, Ninja Theory’s latest title which was leaked before E3 but was shown at the Microsoft conference. While not getting great buzz over the internet, Bleeding Edge is definitely needed as there hasn’t been many games similar to it. The last well known similar title would be Power Stone. I’m just happy to see a game like this exist again, and with what was shown so far, I think they may be onto something if it gets proper support after launch.

If anything, this E3 had more games that I was actually interested in for the first time in a long, long time. Although a few of them were announced previously, there were a few surprise announcements that really piqued my interest.

I’m not a huge Minecraft fan. I bought the Java version six years ago and on a few other platforms. Every year or two I’ll get an urge to play around in Minecraft and design a house on a beach. Minecraft Dungeons leverages one of my favorite genres–the dungeon crawler. It looked pretty fun, but I’m hoping the game has a good variety of skills, powers, and locations to explore. It was an unexpected surprise, but one I’m looking forward to early next year.

While Nintendo announced the Collection of Mana– titles from the Mana series, including the never released in NA Trials of Mana– they also announced a remake of Trials of Mana. The first version of the game, included in the collection, was a Super Nintendo title that was released in Japan toward the end of the console’s lifespan. This remake looks amazing and, while this sounds like a negative it isn’t, like a PS2 RPG. There aren’t enough PS1/PS2 style RPGs anymore, and I’m glad we are finally getting a previously unreleased game upgraded to modern sensibilities.

What can I say that hasn’t already been said by everyone? It’s a cyberpunk game with an immersive world and an amazing aesthetic. That’s pretty much all I need. ‘Nuff said.

E3 2019 seemed to be somewhat of a transition year for the gaming show. It was noticeably less attended than years past, and it seemed more and more companies opted to have their own off-site ventures or skip it entirely. At the end of the day, he overall weekend did provide a nice number of reveals.

Most Anticipated Games for July 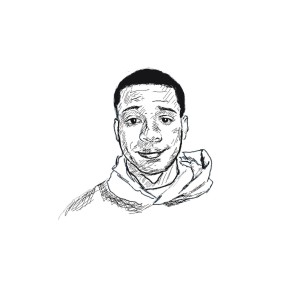