Arrow left us with so many questions after the mid season finale. Laurel is back, but how? Diggle has been arrested again; how will he get out of it this time? Prometheus is still on the loose with Artemis in tow.

Laurel is in the Arrow cave, and Oliver is extremely confused. How is Laurel alive? Could it have been Flashpoint? Laurel says that Sara came to save her. Sara had Laurel teleported to the Waverider, and Gideon fixed her on the ship. Why does that sound a little too good to be true? Felicity is so happy to see her that she decides to plan a party for Laurelâ€™s return.

Thankfully, Felicity is extremely suspicious of Laurel and decides to test her DNA. To her surprise, it looks like itâ€™s 100{3a19833c997fa52158a43c449fe089ff048ac0506a335cac10721cfa396ff282} Laurel Lance. It isnâ€™t until someone points out that it must be Laurel since she doesnâ€™t have a clone that Felicity sees the bigger picture. Laurel does have a clone, her doppleganger from Earth 2 who just so happens to be locked up at Star Labs. Prometheus broke out the Black Siren and had her infiltrate Team Arrow. 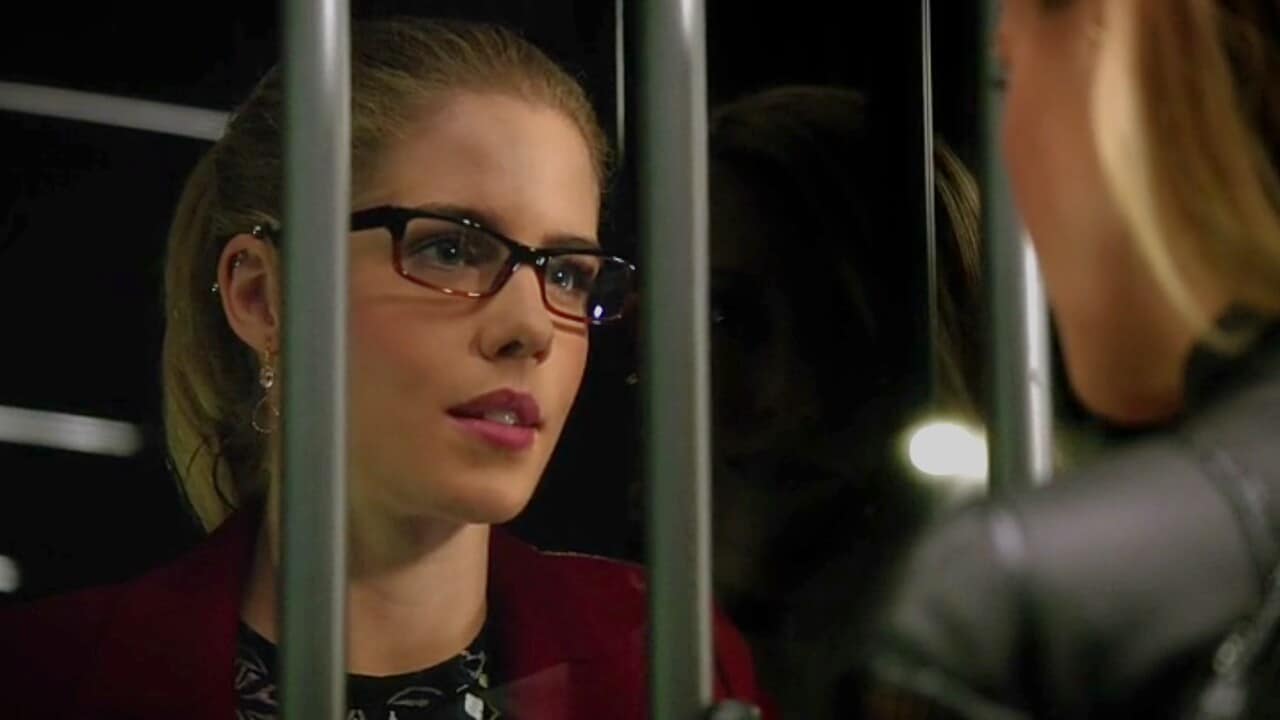 Oliver has his blinders on when it comes to Black Siren. He is convinced that thereâ€™s a part of Laurel in her, but it was never his Laurel to begin with. On her Earth, Oliver has been dead for ten years. Itâ€™s why she went to Central City and became a metahuman in the first place. Black Siren claims that she will take them to Prometheus, but Felicity doesnâ€™t believe that sheâ€™s on their side. Felicity ends up letting Black Siren escape in hopes that it will lead them to Prometheus. It does, but Prometheus doesnâ€™t stick around long. They recapture Black Siren, and thatâ€™s that.

Having Black Siren around distracted everyone from the fact that Diggle is back in prison. Prometheus gave his location to the cops, and he is back in custody. Oliver wants to find a new way to break Diggle out, but he wants to fight the charges head on. Now, he just needs one hell of a lawyer; the problem is that heâ€™s not sure he can trust anyone in the military. They could all be in General Walkerâ€™s pocket.

Oliver goes to see the DA, Adrian Chase, to see if he can help Diggle. Adrian asks Oliver if he knows about the Green Arrow killing Billy Malone. He realizes that Prometheus set up Green Arrow to kill Billy and wants to cover it up. Itâ€™s interesting that he feels this way. Iâ€™m still convinced heâ€™s the other random vigilante, but Iâ€™m not sure when we will find out. We have yet to hear from the vigilante again, and I hope he doesnâ€™t go away for good.

Adrian agrees to help Diggle, who is about to be transferred somewhere. The bad news is that General Walker is here to oversee the transport. As Adrian pointed out, itâ€™s highly unusual for a three star General to personally oversee a prisoner transport. Diggle confides that General Walker will have something happen to him, and he will end up dead before he gets anywhere. Adrian comes up with a plan to block the transfer; Diggle just has to assault him. General Walker is ready to get an order from the President himself to make this transfer happen, but he will have to wait for another time.

The flashback this week didnâ€™t give us a lot, but it sure left us with a lot to think about. Oliver is still struggling with the Bratva. The Bratva leader, Gregor, makes a good point when he asks why Oliver didnâ€™t just go home after Lian Yu. Oliver doesnâ€™t recognize himself anymore, and heâ€™s afraid that his friends and family will only see him as a monster. Ollie wonders how much Gregor was paid to betray the brotherhood by making a deal with Kovar. Gregor just reminds Oliver that that he can give him a family who wonâ€™t see him as a monster. He only asks for obedience. Thankfully, an archer saves the day. The highly anticipated Talia al Ghul is here. And as soon as she enters, thatâ€™s all we get.

Inspiration | Legends of Tomorrow â€œRaiders of The Lost Artâ€