The Doom Patrol has returned from Paraguay, still in search of The Chief, Niles Caulder. With no other leads, our heroes are at a bit of a loss. Thankfully, Willoughby Kipling, aka Kip, barges into the mansion looking for Niles but finds our favorite misfits instead. Kip has an interesting proposition for the Doom Patrol: help him stop the Cult of the Unwritten Book.

We see a boy growing up in a strange family. The boy is told that he will save the world once heâ€™s old enough. Finally, on his 18th birthday, his father breaks and tells his son that heâ€™s not going to save the world; heâ€™s going to end it. Elliotâ€™s mother then kills his father for revealing the truth. The Cult of the Unwritten Book wants Elliot because he is the book. Once the cult â€œreads him,â€ then they can summon the decreator to bring about the destruction of the world. 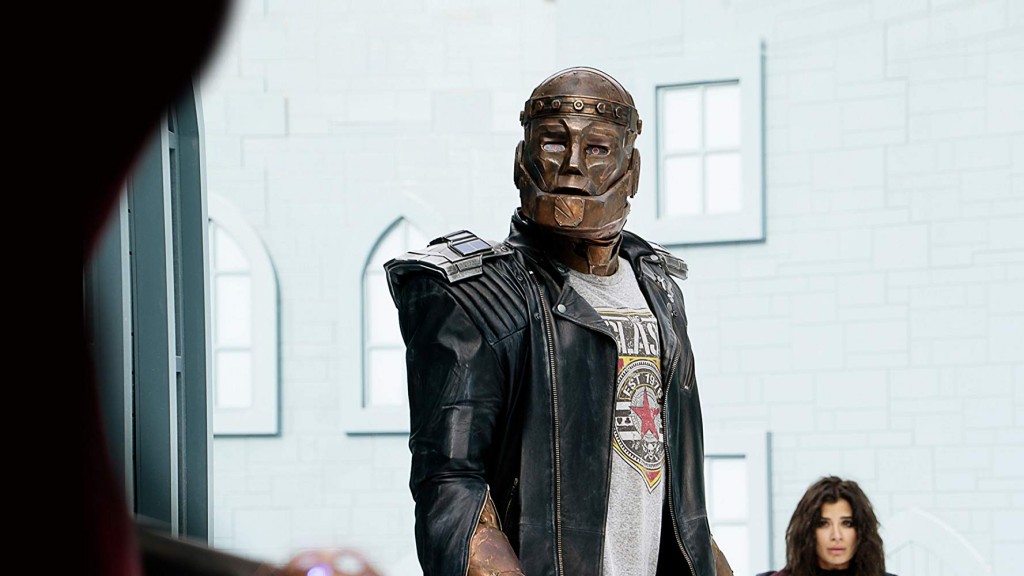 This obviously sounds very ridiculous even to our friends in the Doom Patrol, but Kip still needs help. He summons an oracle that just so happens to be a blue talking horse head. Then, Kip opens up a portal where they can grab Elliot. Now, what? Kipâ€™s solution is to kill the kid before he can bring about the end of the world, but the Doom Patrol is not about to murder a child who just turned 18. They believe there has to be another way.

While Jane is taking a time out, Hammerhead emerges and goes to Spain with Cliff to look for a priest to help them close the gates of Nurnheim. Assuming the Cliff and Hammerhead can close the gates, they might just save Elliot and the world after all. But we know it canâ€™t be that easy. Cliff and Hammerhead get sucked into Nurnheim, but Hammerhead disappears. Apparently being in the church with the priest was too provocative for Hammerhead, and in her place, Penny Farthing emerges. Itâ€™s unclear what Penny Farthing can do other than agree with everything and stutter. In Nurnheim, Elliotâ€™s mom is a ruler. She gets to rule over Nurnheim while the decreator unmakes the world. Iâ€™m not sure why she thinks this is a good thing, but what do I know?

Back at the mansion, Elliot is frustrated that his parents told him he would be a hero. Larry hates the word hero because he believes that itâ€™s a title that other people hang on you, and youâ€™re supposed to carry it around. When Larry was a hero, he lost everything he had. Elliot wonders if he just kills himself if it will solve all of their problems, and Larryâ€™s passenger comes out to let Elliot go. Meanwhile, Larryâ€™s passenger has been waking Larry up with a video of their interview with the Chief. When Larry finally takes the time to watch the video, he sees that the Chief was able to communicate with the passenger and even got one word out of him, the word torture. Does the passenger want to torture Larry? Or does the passenger feel like itâ€™s torture living inside of Larry? Iâ€™m curious to see how these two will continue to coexist.

Rita hasnâ€™t been involved with Kip and Elliot and all the strangeness, that is until she finds Elliot halfway out the window. She tells Elliot that he doesnâ€™t need the burden of ending the world, and she asks that he lets them try to save both him and the world before he does anything. Also, it seems that Rita has been getting a hold of herself, and this is the first time that we see her start to become Elasti-girl.