The madness continues as Doom Patrol releases its second episode, â€œDonkey Patrol.â€ As our fearsome narrator, Mr. Nobody (Alan Tudyk), points out, itâ€™s a wonder how many people stuck around after the donkey fart that ended their pilot episode. But, fans couldnâ€™t stop talking about how refreshing Doom Patrol is. This second episode never let off the crazy and continued to introduce the audience to our not so great heroes.

The town of Cloverton completely gets sucked into the hole that Mr. Nobody created, including Chief and Crazy Jane. Rita, Cliff, and Larry are left staring at the destroyed town after the hole closesâ€¦ well that, and the donkey. Cliff becomes hysterical, screaming and walking around the destruction. Rita tries to hold it together, and Larry looks at the dark side. Larry believes that this is just what the world looks like when they try to live in it. Larry even tries to take a bus to a remote part of the US, but the being inside of him keeps him in Ohio.

Cut to Detroit, where we meet Victor Stone aka Cyborg. Cyborg is trying to be the best hero he can be. He thwarts an ATM heist, also preventing a potential murder. His father isnâ€™t impressed, so Victor searches Argusâ€™s feed for something bigger. He stumbles onto Cloverton, Ohio and the now doomed town. Considering Cyborg is trying to live up to his idols in the Justice League, he knows this is the perfect test for his heroism. 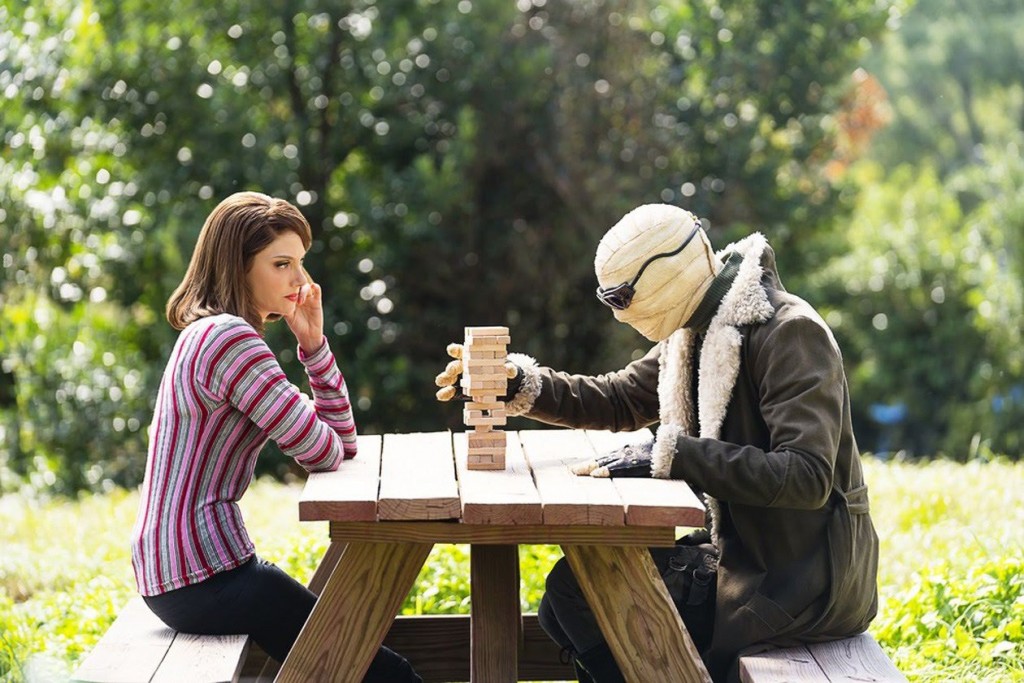 Cliff tries to catch the donkey, since itâ€™s the only connection they have to the man who turned Cloverton to ash. It only took Vic a minute to catch the donkey, a hero coming to save the day I guess. Cliff and Vic argue until the donkey spits out Jane. Meanwhile, back at the manor, Rita and Larry try to resume life as usual. Larry knows that he canâ€™t control the thing inside of him, and he feels bad for running away from Rita when she turned into a blob. Rita is worried that they make things worse, so she doesnâ€™t want to get involved.

Vic and Cliff are trying to talk with Jane, but her personalities are going crazy. A new personality sticks around for a bit, Babydoll. Babydoll just happens to be Cyborgâ€™s biggest fan, so Vic thinks he can get through to her to find out what happened when she got sucked into the hole. Babydoll asks for Cliff to leave, but heâ€™s determined to help Jane. He finds Chiefâ€™s tapes about Janeâ€™s personalities hoping that he can get through to bring back Jane. When Babydoll reveals that Katy is the one who saw something, Cyborg tries to draw her out, but Cliff realizes how bad of an idea that is. Katy is a pyrokinetic and emerges as a literal ball of fire.

Even though Larry and Rita donâ€™t want to get involved, they canâ€™t help themselves. Larry and Vic realize that the donkey is a door to another dimension. They want to take a look in the door, but Rita is the only one who can look in the throat of the donkey. When Jane doesnâ€™t seem to be looking better, Rita agrees to their ridiculous plan. Rita, Vic, and Larry all get sucked through the doorway. Of course, itâ€™s a trap where our three sort of heroes are tortured in their own ways.

Rita is back on a Hollywood set. Larry is flying a jet, but Cyborg is already being tortured with the day of his lab accident. While Rita and Larry are seduced by the fantasy of their old lives, Cyborg tries to talk with Mr. Nobody to find out who he is.

Cyborg says that this is not torture for him. He relives the lab accident that killed his mom every time he closes his eyes and every time he falls asleep. Because of this, he tries to be a hero for his mom since heâ€™s the reason sheâ€™s not around to see it. Itâ€™s the perfect thing to say to a villain in a superhero show, and then Alan Tudykâ€™s Mr. Nobody brings us back down. â€œWhat an origin story! You are so wrong to doubt the narrator.â€ Mr. Nobody asks them to stop looking for the Chief before the being inside of Larry gets them back home. The town is back as well, but the donkey explodes leaving the Doom Patrol without a lead to the Chief.

Cliff is finally able to bring Jane back out, and they find Rita, Cyborg, and Larry in a bloody mess outside. They explain about the donkey, but Jane already knew that. Too bad she couldnâ€™t tell them it was a trap before they went inside the donkey. Vic thinks that Mr. Nobody is afraid of them and tries to give a rousing speech to his new pals. Unfortunately, he gets interrupted by his father who only seems to care that Cyborg gets noticed. Itâ€™s clear that his father wants to be known for his creation. He wants Cyborg to be a god-like being for good.

We end the episode with a vulnerable moment from Larry. Larry removes his bandages and writes a note to his being that says â€œWe need some ground rules.â€ Larry also seems afraid that the being wonâ€™t let him wake up if he falls asleep. His story is one of the most interesting, so I canâ€™t wait to see more. I knew that Crazy Janeâ€™s storyline would be intriguing, but Diane Guerrero is incredible. I hope we keep getting to see more from a different personality each week. One of the biggest surprises for me is the comedic genius that is April Bowlbyâ€™s portrayal of Rita. She has been the one who makes me laugh out loud each week.