Square Enix finally released tons of information for their most anticipated title for quite some time, Final Fantasy VII Remake. Not only did Square give us our first look at Tifa, they also revealed the three editions that will be available at launch and provided a new trailer featuring a more in-depth look at the real time + strategy battle system for FFVII.

There are plenty of changes coming to the Final Fantasy VII Remake, and we got a nice look at those today. The FFVII Remake will be split into two Blu- Ray discs. Disc 1 will feature Midgar. Square Enix expands the story at Midgar so much so that it is essentially a story in its own right. The Remake will have a hybrid battle system featuring real-time action and command based combat. For instance, Square swings Cloudâ€™s buster sword. ATB bars fill up slowly on their own but speed up as Cloud lands attacks. When filled, you can enter tactical mode. It allows for slow-motion action where you can perform some signature attacks like Braver. If the right materia is equipped, Cloud can use ATB charges to cast spells as well. This works for anyone in Cloudâ€™s party as well. Switching between characters is seamless and allows for you to control everything going on on the battlefield.

Check outÂ a new trailer below:

Finally. After various teases, Tifa has been revealed and she looks absolutely amazing. Square Enix has spared no expense and has truly done all characters they have shown thus far, justice. 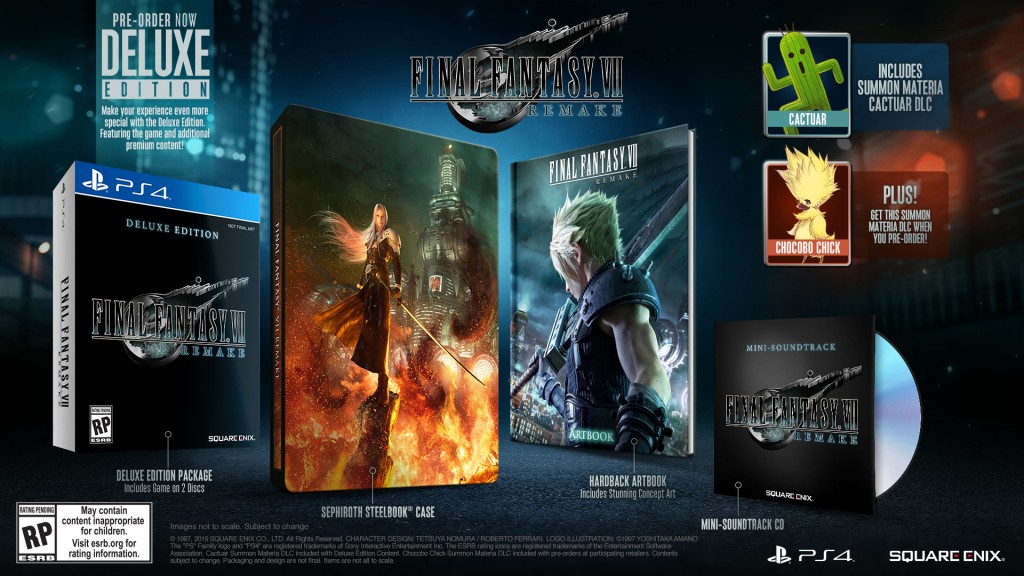 The â€œ1st Class Editionâ€ includes all Deluxe Edition content, the Carbuncle Summon Materia DLC, as well as a Play Arts Kai Cloud Strife and Hardy Daytona box set (bundled separately), which is available to pre-order in limited quantities from the SQUARE ENIX Store. 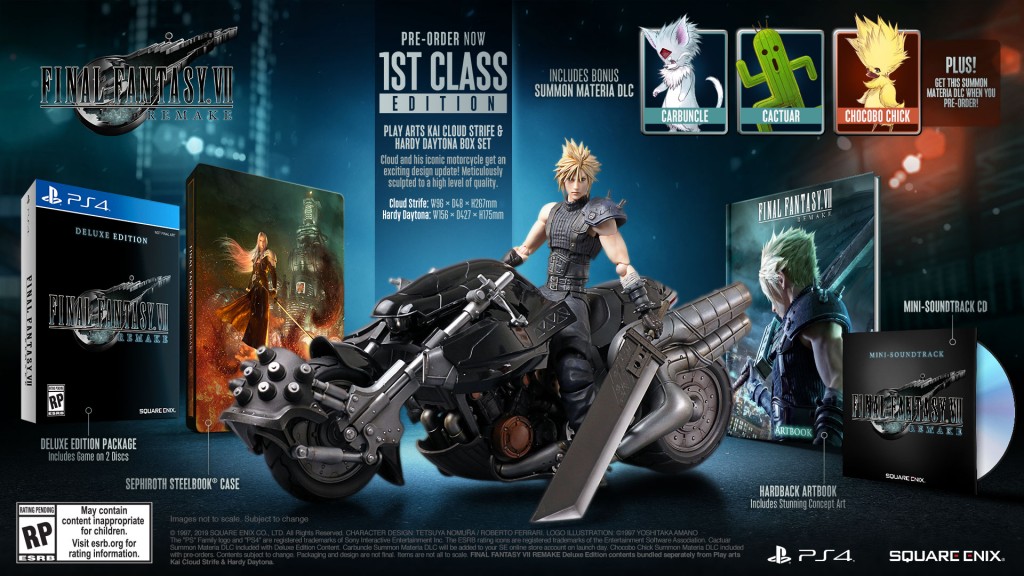 Final Fantasy VII Remake is set to release on March 3, 2020.