After a disastrous showing during the VIP demo which was riddled with loading errors, crashed servers and the dreaded server queue, we received a far smoother, albeit not perfect, look at what Anthem has to offer during the open beta. Iâ€™m still not entirely sure why this wasnâ€™t classified as an alpha test, as pretty much every game before in a similar state, especially considering the devs stated that this build is a bit long in tooth to where the game currently resides.

Story-based missions
There werenâ€™t all that many story based missions, but the taste we were given with the quirky Matthias was interesting enough. Lore was also scattered throughout the hub city (Fort Tarsis) as well as in the world beyond the wall, although large chunks of it were locked behind having to buy the main game. I was pleasantly surprised with the story-based missions with Matthias. The character, along with most across the city-hub, were well characterized and provided levity to the situations. The Matthiasâ€™ were hilarious, although the player-character always felt stilted in the conversations. There were moments where the player-character could choose between two-dialogue options which provided further insight, but they seemed non-consequential in their outcomes.

Where I think the story has room to grow and I generally liked the missions provided, the sluggish walking speed in the city-hub has got to go. With no menu to quickly say what you would like to do next, trekking through the city was a chore. Itâ€™s forced-walking-cutscene-slow where it doesnâ€™t really make sense to be so. While the hub-city is quite unique, there is no reason that such a deliberate pace was chosen, and I hope the walking speed is drastically upped in the final build. 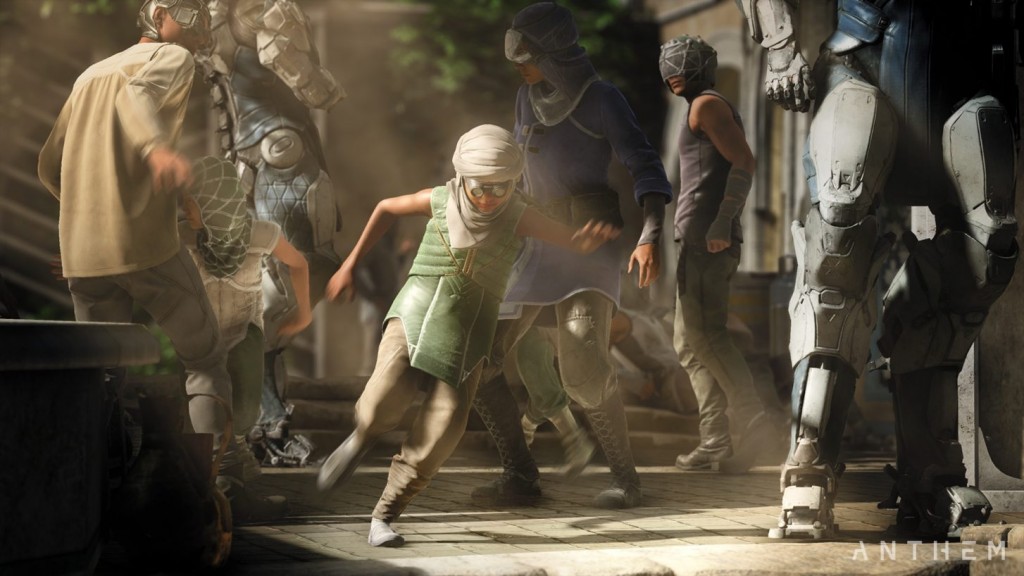 With what appears to be a solid story (or at least an entertaining one), an interesting set of characters in an equally interesting hub-city and the hoped for increase in walking speed, there is only one last thing that stands outâ€¦ the loading time. The initial loading timeâ€¦ long. Between indoor and outdoor sectionsâ€¦ long. The first mission, you fly your javelin for a minute or so to the noted location and then hit a loading screen. Literally less than two minutes from the initial loading screen and you hit another. This holds true for being in Fort Tarsis as well. When hopping in your javelin and decided to edit your load-out in the forge, you hit another loading screen. This one is substantially shorter, yet still just as aggravating.

Traversal & Combat
Weâ€™ll get this out of the way early, the flying feels fantastic. From the initial burst off the ground, to hovering, and even through overheating and plummeting back to the ground, it just feels great. There are few niggles when accidentally nicking the side of a ledge where your javelin stops and tries to stand on it, but the majority of the time the flying aspect was a blast. The sound design also helped in the aspect of conveying flight across the environment. The added ability to cool down your javlinâ€™s thrusters by flying near or under water was also a nice touch. My fear going in was that each character would feel near identical, but Iâ€™m happy to say that is not the case in the least. The Ranger (starting javelin) plays drastically different than the tanky Colossus. Hovering ability, weapon selection and overall team synergy are distinctly different. Much like itâ€™s main comparison, Destiny, each javelin plays a very specific role in combat.

Combat in Anthem is, in a single word, chaotic. Explosions everywhere, enemies spawning out of nowhere (hopefully fixed in the final build) and disappearing enemies (definitely a fix for the final build). Each javelinâ€™s ultimate ability adds to the explosion of colors on the screen. The ranger fires a volley of guided-rockets, whereas the Colossus unleashes a siege cannon dealing massive damage. With all this chaos, the inner workings of a combo system lie hidden beneath. You know when you do something cool and have no idea why or how? Thatâ€™s pretty much the combo system in Anthem. While kiting around with a sliver of health, a combo triggers dealing insane amounts of damageâ€¦ for some seemingly unknown reason. It wasnâ€™t until i did a quick google search did I actually see how to do a combo, and it does make complete sense when spelled out like so. You have to do primer attack followed by a detonator attack. Iâ€™m not sure the descriptions of said attacks could be more on the head, but the idea isnâ€™t translated that well into the game. Note: this could change via an active tutorial in-game since there wasnâ€™t one present in the current demo. 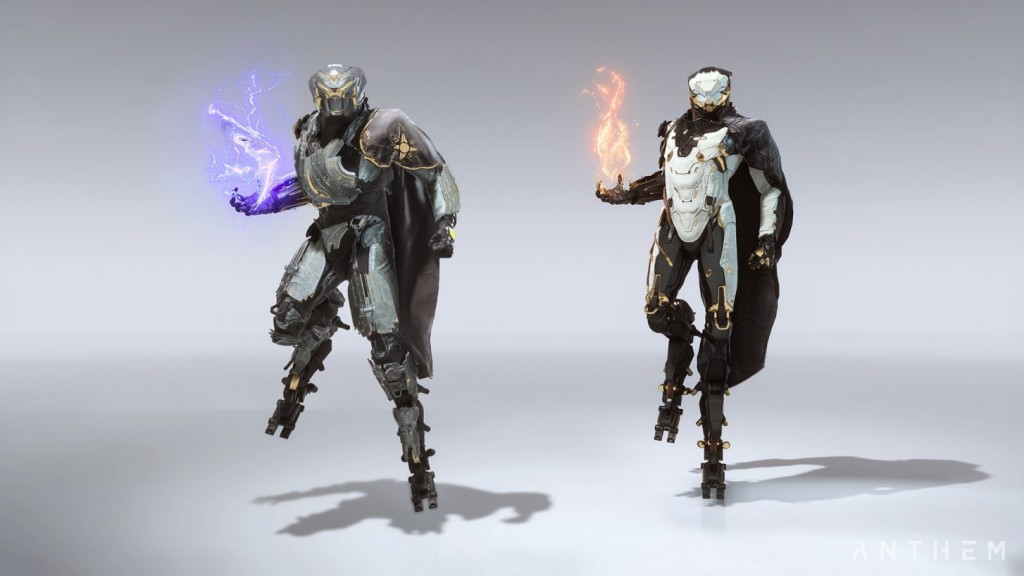 As for the actual weapons in the game, they feel great. Autocannons are spastic automatic weapons that have the potential to fire off a ton of rounds per minute but at the expense of accuracy. Shotguns sound and feel great up close, while sniper rifles have a satisfying ping when fired. The only thing that has me somewhat concerned is the grind for better weapons. Obtaining better weapons has to do almost entirely with recrafting them with items obtained versus re-rolling them a la Destiny. Itâ€™s terribly hard to judge the potential grind that could be there when just playing the demo, but if they miss balancing the time to obtain epic and masterwork weapons, Anthem could turn into a slog.

World Events
Since Anthem follows the trend of being, â€œGames as a Serviceâ€ (GaaS), world events will be a big factor in the games longevity. We were given a small taste of what to expect as the sky opened up and a swirling storm appeared. What came after were waves of enemies, progressively getting harder, and a boss-like ancient ash titan. While not earth shattering, it was nice to give us a taste of what may come in future updates.

Anthem certainly has the bones to be a great game. The locomotion, unique javelins and environments lend to what could be. The only hesitation I have with the game, outside of various bugs and the walking speed, is the whole GaaS part. Weâ€™re pushing further and further towards a point where we have to blindly place our faith into developers assuming they will provide content throughout the next few years. Itâ€™s a risky bet, but Iâ€™m hoping Anthem follows through because it seems like there is a place for the title within the Destiny crowd.