The Flash is back with its second episode, â€œBlocked,â€ and it revealed a big villian that we are going to see for many, many episodes. Iâ€™ve generally had an issue with the countless throwaway villains that seemed wasted, so I am happy they are throwing in a villain who looks like he is up to the task of replacing the gaping hole left by Savitar.

The villains are a huge talking point, but weâ€™d be remiss not to talk about how XS is fitting in with Team Flash. XS, while pretty much being Barry Allen before he actually became The Flash, is still able to provide some levity and comedy to various situations. Since she is from the future, she is completely out of touch of what technology actually exists in this timeline. This was exceptionally funny when she starts touching evidence and spouting off her disbelief of them not having tech that can preserve a crime scene. Past her quirkiness, her and Barryâ€™s chemistry works extremely well on screen. I thought she would feel way too much like early Barry (which, in all honesty, she does), but their interactions really work. Him being the seasoned veteran works for the many situations where her overeagerness gets them both into hot water. At first, I thought Barry would be like a Harrison Wells type of figure, but he is really more of a Joe type. 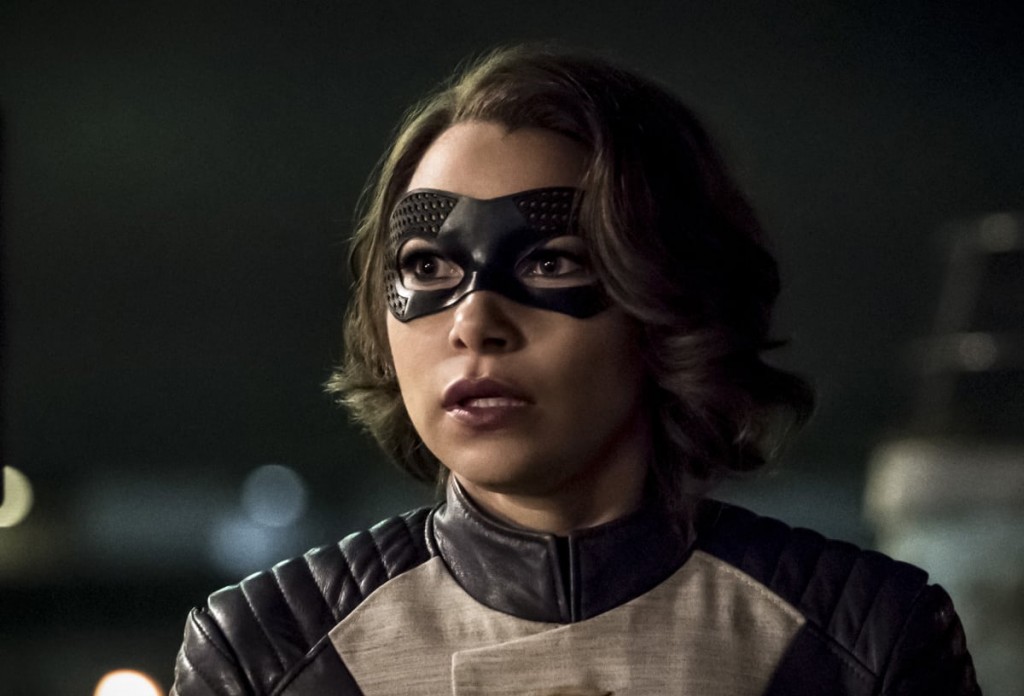 As much as their chemistry is blossoming scene-after-scene, thereâ€™s a definite lack of chemistry with Cisco after losing Gypsy. The spark of Team Flash is a bit down since him and Gypsy split, and it is downright weird. But, as weird as it feels for Cisco to be unable to come up with a witty name for the next villain-to-be, we get a great Ralph scene.

Ralph has always been the character to provide some hilarious moments, and does he ever deliver here. He apparently has a manual for how to get over a breakup, you know, as one does. Amongst the outright moronic things on the list, one was to get a makeover by his personal stylist. Pulling his hair down, tossing some skinny jeans that any hipster would be jealous of and sporting a sport coat, we are presented with an even more awkward Cisco. Â

Vanessa Jansen appears to have a relatively lame superpower, but we quickly learn that it is indeed quite unique. She creates some sort of amber looking cube that can trap people, and apparently Speedsters within it. We are first introduced to her after puts a rival thug into a cube and completely smashes his entire being into an even smaller cube. With some teamwork, XS is able to save the day from â€œBlock,â€ but they won’t be so lucky with the next villain they meet.

The episode opens with a previous scene where gridlock is stabbed with The Flash lightning bolt emblem and his powers are sapped from him. Interestingly enough, we get to see his face immediately. For that kept Harrison Wells / Reverse Flash / Eobard Thawne’s identity intact for what felt like four seasons, they seem to be following the trajectory of the Thinker with this extremely early reveal. At a later showdown, the group is sapped of their powers, without the actual emblem even touching them, seemingly more like a proximity deal than direct contact. So, how did Team Flash survive? Well, XS yells, â€œDad!â€ And Cicada stops, looks up and runs away. Thereâ€™s obviously some history (or whatever history of the future is called) between XS, or someone from the future Team Flash and Cicada. In a final scene, the team is reviewing footage from Gridlockâ€™s botched transport, and they hear the Cicada noise and know instantly who they are dealing with.

A side plot involved Caitlin and her fear of determining why her fatherâ€™s death certificate was faked. Her fear is that, since it was faked, and he is presumably alive, it only goes to show that he was constantly trying to avoid her. Luckily,, Cisco gets his powers back after going through Ralphâ€™s breakup playbook, and we learn a tiny bit about the certificate. Namely that it was her mom who faked itâ€¦ It wouldnâ€™t be The Flash without an ever looming mystery.