Ghost of Tsushima Director’s Cut will release on August 20th for both PS5 and Ps4 consoles. This version of the game comes with every additional content that’s has been sold separately but also a brand new adventure for Jin. The new expansion focuses on neighboring island of Iki, which was also invaded during the time period. The Iki expansion will feature brand new environments, new story, new characters plus a tons of new content such as new armor for Jin, new mini-games, new enemies and much. Director’s Cut will also feature brand new trophies for the new Iki expansion.

PlayStation 5 will have exclusive additional features such as upgraded visuals, load times, Dual Sense Haptic feedback and adaptive triggers, and framerates targeting 60 FPS. More importantly since the PS5 is able to render cinematics in real time, Cust scenes will now allow lip sync for Japanese voice overs, which was a big request by fans. If you already own the game on PS4 and want to upgrade to the Ps5 version there are upgrade path you can take:

If you already own Ghost of Tsushima on PS4: 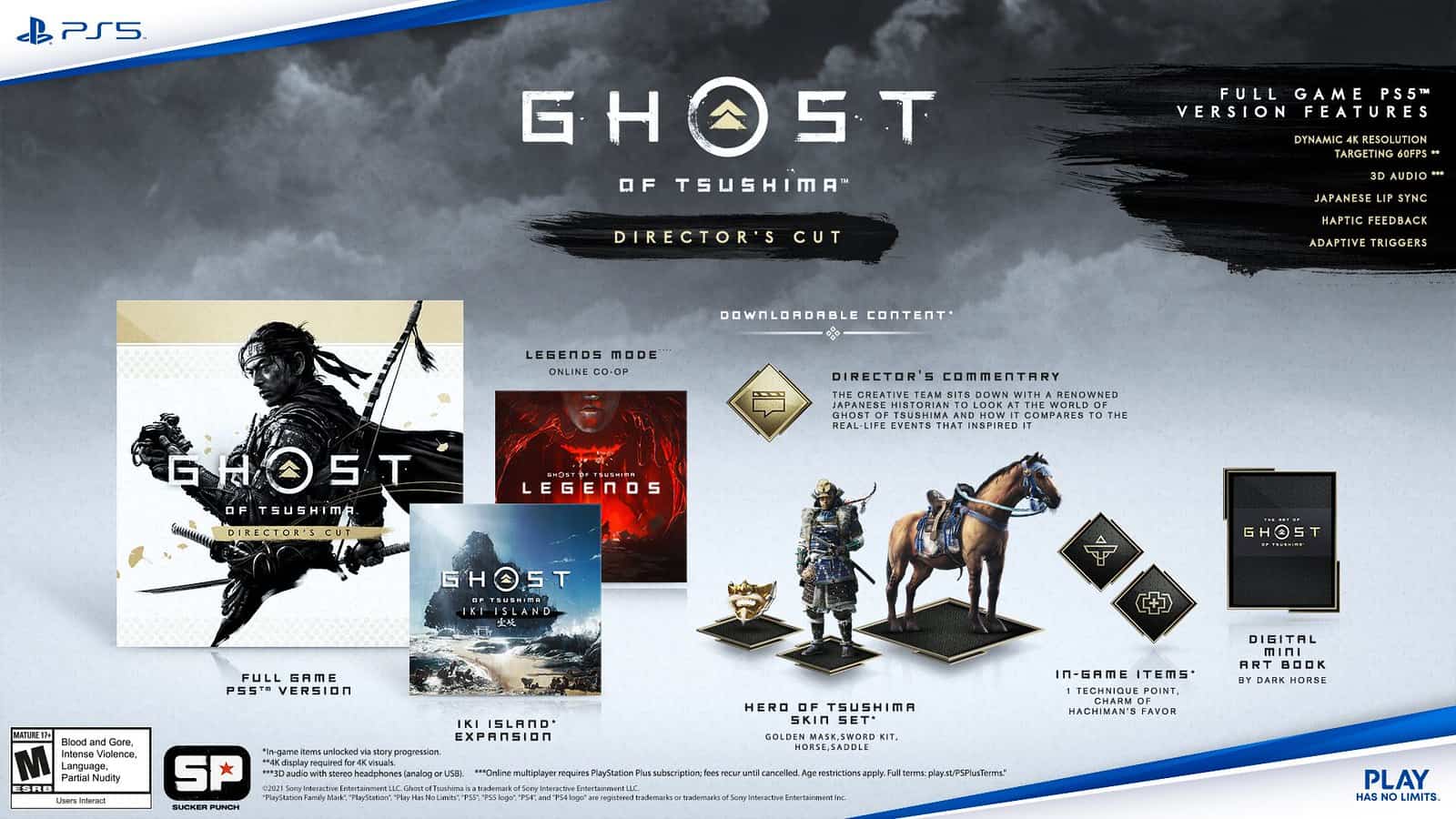