In October 2015, Lab Zero Games, makers of Skullgirls launched a crowdfunded effort for their game Indivisible. A game that was took inspiration from titles such as Valkyrie Profile, Super Metroid, and Castlevania: Symphony of the Night; a 2D role-playing game with action RPG elements. Fast forward to today, and Lab Zero Games has released a preview build of the game for backers of the project. As an aside, I did not back the game. 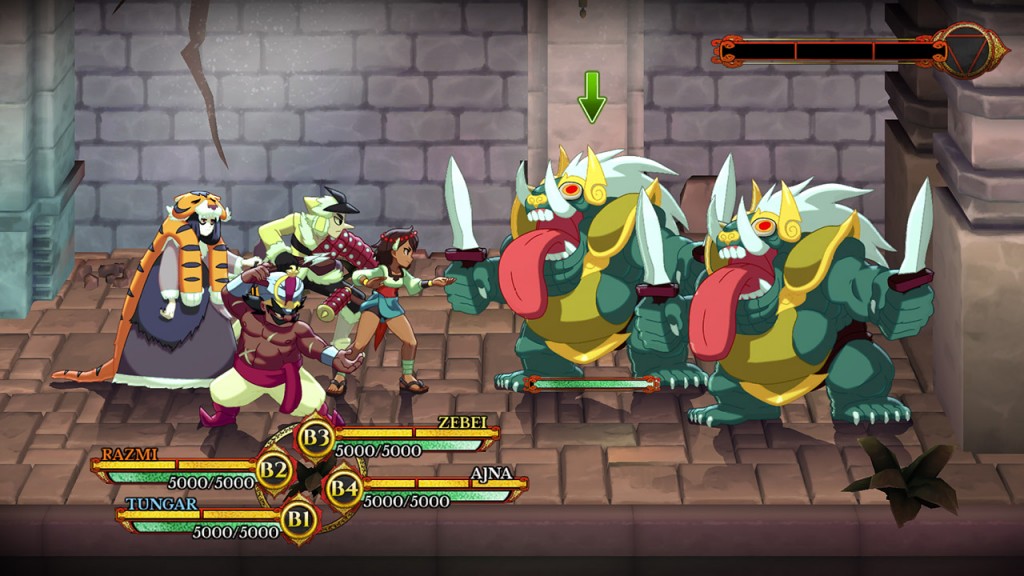 Indivisible is presented in two modes. The â€œoverworldâ€ which is where the exploration takes place. The main character, Ajna, is the only directly controllable character in this mode. She has an array of abilities to help her traverse the world. At the beginning she can Z-jump, bouncing off of two walls in close proximity, make a quick dash, and, of course, a standard jump. In the backer build, she eventually gets another ability, or rather, an axe that helps to not only traverse her environment, but also access new areas. The traversal was a lot of fun, though a bit cumbersome in just a few areas. Jumping between walls and then using the axe to get more verticality to reach a higher ledge was very satisfying. Strewn about the level are these crystals, which at the moment, do nothing. In the final game, they will become powered up when a certain move is performed. Before moving onto the battle mode, I’d like to quickly address the story in the backer build; there isn’t any. Well, it’s just a device to keep the player moving forward. Basically, Ajna is trying to locate her pet tapir, Roti. Lab Zero Games has said that this is only in the backer build and not going to be indicative of the final game’s story. So if you want to check out the build but not spoil yourself on its story, then it’s all-green.

On the â€œoverworld,â€ there are enemies that can be fought, and how Ajna interacts with them determines how the battle will start. If Ajna successfully lands a blow, then the party will start out with full action points. If the enemy hits Ajna, they will get â€œfirst dibs,â€ as it were, and attack the party. The battle screens is laid out much like a traditional 2D RPG; playable characters on the left and enemies on the right. Actions are carried out by pressing the four face buttons, or action buttons, on the controller depending on the playable character’s position in the party, either up, down, left or right. Pressing up or down and an action button (on the PS4 controller: square, triangle, circle or X), will enable the characters to perform a different move. Pressing one of the action buttons while being attacked will enable that specific character to block a blockable attack. If the entire party is being targeted, L1 will cause everyone to block. You can tell who is being targeted by the line-of-sight going from the attacking enemy to the character, or to the group. At the beginning of the backer build, there is only one playable character, Ajna, but around the levels she meets different characters that form the party. These characters are â€œpicked upâ€ by touching them, but in the final game some characters will join as a side-quest or as part of the story. Customization of the battle party can be found in the menu and can be changed outside of battle. Each character offers certain abilities that can make chaining combos that much easier. So overall how did the backer build fare? Pretty good for a taste of the final game. Visually, the 2D was wonderful. The characters moved with as much grace that one would expect from the developers of Skullgirls. Each character was unique and had actions that complemented the way they looked. The backgrounds are rendered in 2.5D and felt a tiny bit bland. I’m hoping the final game’s environments look much more varied. I’m hoping the final game puts more emphasis on exploration with different items, weapons, and abilities to find and discover. As it was, the few crystals didn’t seem to be very interesting after a few minutes. The battle system was pretty fast paced, and in the beginning was starting to make me feel like I was overwhelmed. Luckily, after a few more minutes, I was able to, for the most part, attack and block well enough for each character. 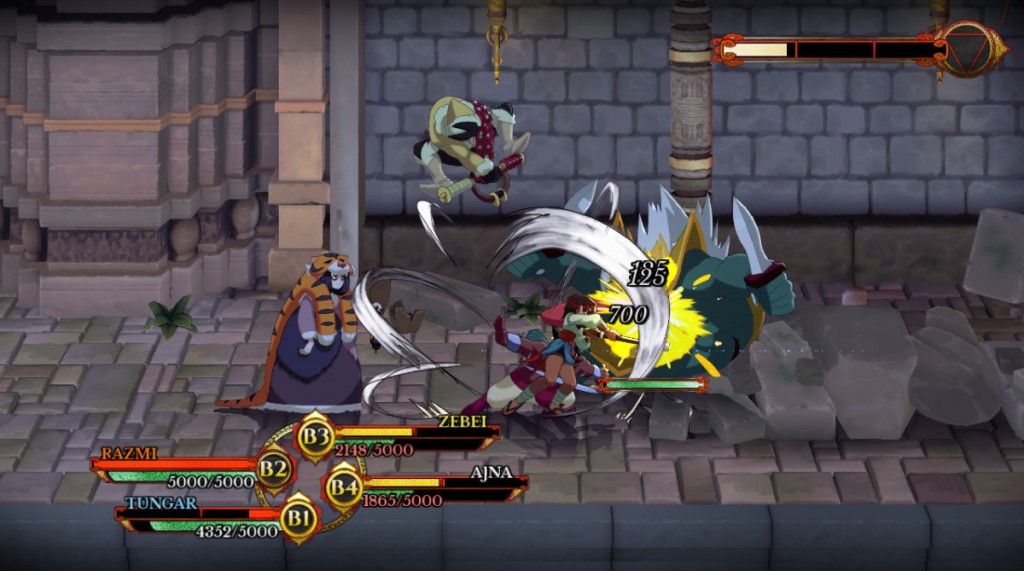 For a taste of what’s to come, I rather enjoyed the preview build. The combat looks like it’ll be a lot of fun, the “overworld” traversal is fun, and the visuals are pretty good. It is definitely something to keep an eye on in the future.