Scorpion began its third season with an explosive two hour premiere with â€œCivil War & More Civil War.â€ When we left our geniuses, Happy had just revealed that she was already married to someone else, and Walter was on his way to tell Paige that he loved her, all the while ruining her romantic weekend with Tim.

Toby is completely heartbroken after Happyâ€™s refusal of his marriage proposal. But nowâ€™s not the time to wallow because a new case has come in. Walter has arrived in Tahoe to talk to Paige, but he doesnâ€™t get a chance. They are all called back to Los Angeles immediately, which led to a very awkward plane ride with Paige and Tim since Walter wasnâ€™t supposed to be in Tahoe. 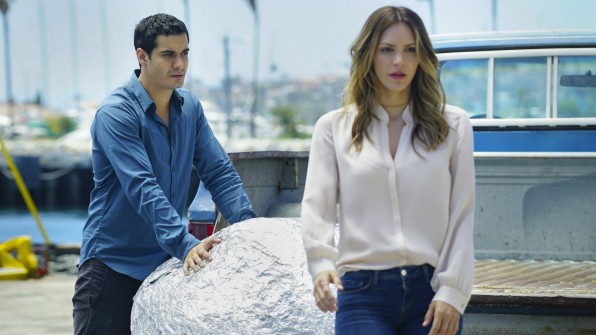 Two F130s are on a routine mission when suddenly their planes are hacked. These F130s are now taken over by a group set on attacking the United States military. The hackers are smart and are essentially showing off their skills for the highest bidder to use as they see fit. The team must work together to take down these highly intelligent hackers. Sly even gets to go to Bulgaria and expands his horizons. Heâ€™s getting better and better about being out of his comfort zone. In the end, the team saves the day, but the casualties are all related to their personal lives.

Happy makes sure to tell Toby that she loves him and just wants his trust back. She is married to someone that she doesnâ€™t love. Happy explains that she will make it right, but Toby will have to give her time. Even throughout their biggest case yet, he wouldnâ€™t let it go. Toby even looked for her marriage records but couldnâ€™t find them. Later, Walter lets Happy know that heâ€™s the one who hid her records from Toby. He made a point to say that she wouldnâ€™t want Toby to know who her spouse is. I find it interesting that Walter knows her spouse, so does that mean that we know her spouse? And why did she have to marry someone that she doesnâ€™t love? 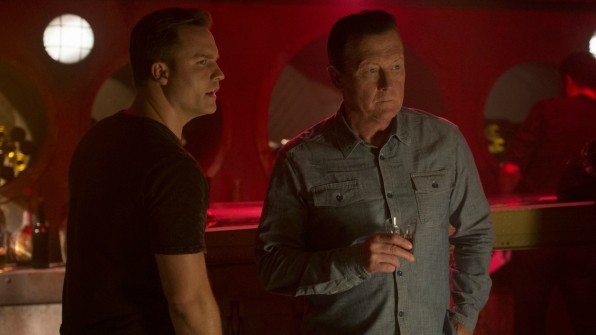 As if Walter werenâ€™t enough of a wreck, he screwed up the one thing that matters, love. Walter finally admits to himself and others that he loves Paige, but he did everything wrong. Paige finds out that Walter changed their hotel reservation so that Tim and Paige would no longer have romantic adjoining rooms. Then, Walter pretends to be the health department to close down the restaurant at the hotel, so Tim and Paige canâ€™t have a romantic dinner. Paige is furious that Walter would sabotage her relationship like that. Then Walter makes a seriously fatal error. Once Paige is out of earshot, he says that he went up to Tahoe to tell her that he loves her, but Walter forgot that his comms were still in. Paige may not have heard him, but Tim was not happy about that proclamation.

Leave it to Cabe to be the voice of reason. Cabe reminded Walter that he has only just started to understand his emotions. Cabe says, â€œShe deserves more than youâ€™re capable of giving her at this stage in your life.â€ Cabe also reminds Walter that there is more at stake, like the Scorpion team and Paigeâ€™s son, Ralph. Walter realizes that he could lose Paige if he has to wait until heâ€™s ready, but Cabe doesnâ€™t sugar coat anything. He lets Walter know that losing Paige is a possibility. Surprisingly Walter decided to be the bigger man and apologize to Tim. The two are on good termsâ€¦ for now.