Supergirl and Maggie are at odds on how to save the citizens of National City from criminals. When Alex goes missing, they have to work together to get her back. Meanwhile, Lena Luthor makes a new friend in Queen Rhea, from Daxam.

Maggie and the National City Police Department work to talk down two bank robbers who are holding hostages. Supergirl swoops in after 17 hours of hostage negotiation and saves the day. Later at dinner, Maggie airs her frustrations with Supergirl. Apparently criminals are now using the Supergirl defense in order to get charges dropped. They say that Supergirl used excessive force or tampered with evidence. Maggie understands that Supergirl is needed when there are aliens roaming, but sometimes the police need to be allowed to do their jobs.

I was actually really glad for this interaction. Mon-El had a great point when he said that thereâ€™s no need for cops when Supergirl can do everything. And that makes sense, except for the fact that Supergirl never takes the time to look before she leaps. When Kara swoops in, she often destroys property. She knows that sheâ€™s doing it for the right reasons, but who has to pay for the damage done? How does that actually affect peopleâ€™s lives in National City? Sometimes, Supergirl doesnâ€™t think in these situations. It does help to show that Supergirl isnâ€™t as perfect as she appears. 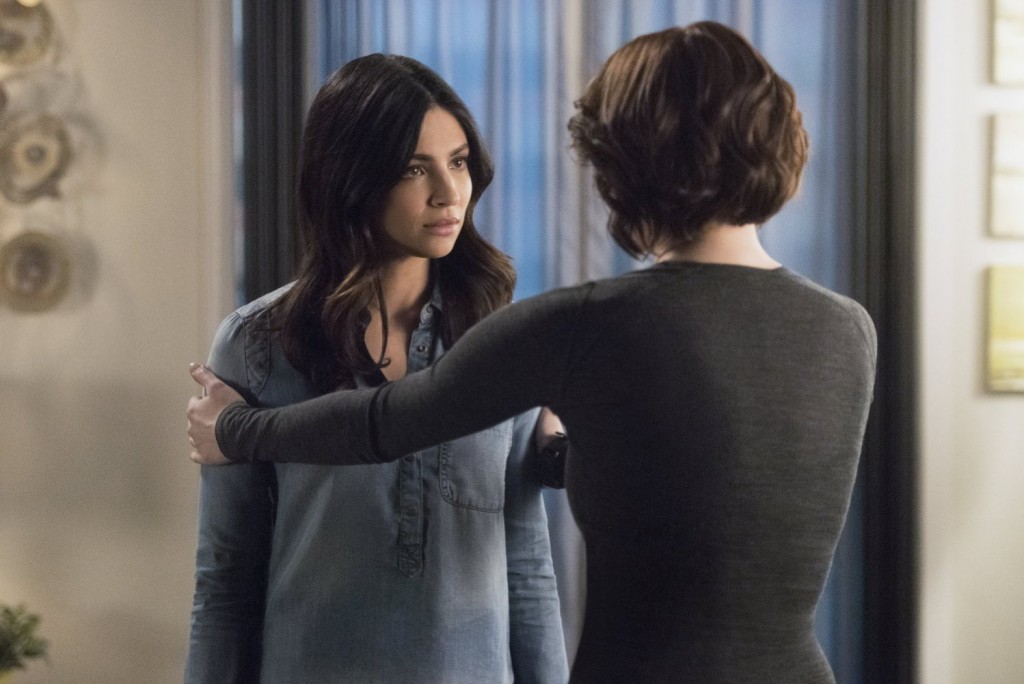 When Alex doesnâ€™t check in with Kara, Maggie, or the DEO, they know something is wrong. Alex has been kidnapped, and the kidnapper knows who Kara is. He asks for Peter Thompson to be released from a life sentence in prison. He tells Kara she has 36 hours, and he knows that she can do it since sheâ€™s Supergirl. Who could know Karaâ€™s secret other than her entire family and the DEO? Well thatâ€™s easy; how about someone she grew up with?

Rick Malverne went to school with Kara and Alex and had a massive crush on Alex; he also happens to be Peter Thompsonâ€™s son. He was there when Kara saved a woman and child from a car accident and walked away without a scratch. All of the kids were told it was because of the adrenaline, but Rick never believed that. Once Supergirl revealed herself in National City, he knew exactly who she was. This just seems to beg the question of who else from their school has their suspicions about the last daughter of Krypton.

Kara and Maggie must work together to save Alex before itâ€™s too late. Kara is obviously ready to just fly on in and get Alex out by punching her way through. Maggie wants to get in Rickâ€™s head and get him to tell them where he is keeping Alex. Alex isnâ€™t going to stand idly by, so she cuts out her own tracker and plugs it into the camera in her cage. When Winn tracks the IP address, Kara goes flying in. Maggie doesnâ€™t think itâ€™s a good idea because Rick doesnâ€™t seem like a man who has just lost his leverage. It turns out that the IP address had been rerouted. Kara rushing in only caused Rick to speed up his timeline. Alexâ€™s cage begins to fill with water. She now has less than four hours to live.

At this point, both Maggie and Kara are being stubborn. Maggie knows that Kara shouldnâ€™t have gone in and is mad that it put Alexâ€™s life in danger. Kara thinks that sheâ€™s only doing whatâ€™s right, but she doesnâ€™t seem to trust that Maggie is a good cop. In the end, Maggie is the one who breaks. She wants Alex back so badly that she goes to free Rickâ€™s father, Peter Thompson. Supergirl catches up to her and realizes that she was right. Sometimes talking is better than just trying to punch her way out of the situation. Supergirl is able to remind Peter that his son was the one good thing he ever did in his life, but Rick wonâ€™t be able to come back from killing Alex. Thankfully, he directed them to Alex, and they were able to save her just in time.

Meanwhile, Lena Luthor is being seduced by a proposal that Rhea gave to L Corp. Lena is excited to sit down over dinner to talk business, but when Rhea gives thanks to the gods, Lenaâ€™s skeptical side comes out. She also noticed that Rheaâ€™s plan includes an element not of this Earth. Using her alien detection device, she confirms that Rhea is an alien. Lena knows that she canâ€™t work with Rhea on whatever plot sheâ€™s brewing, but Rhea manipulates Lenaâ€™s vulnerable side and convinces her that they should continue to work together.

Unmasked | The Flash â€œI Know Who You Areâ€ Review