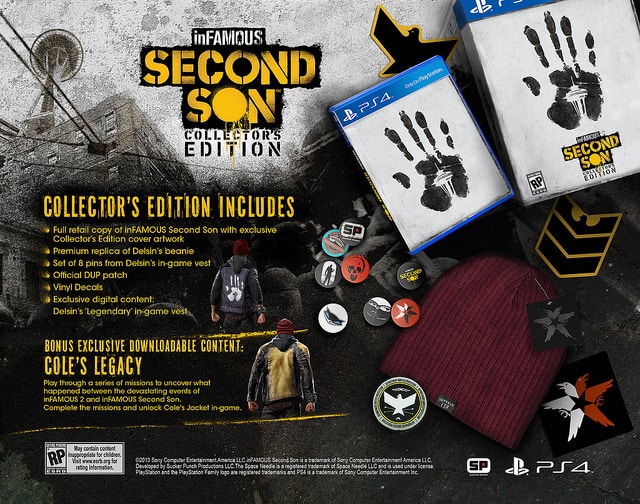 Today Sony has revealed Infamous: Second Son Limited Collectors Editions and they packed a variety of things. First off you get downloadble content which is referred to Cole’s Legacy. In these missions you play as Deslin Rowe and see how his world became to be after the events with Cole in New Marias. Other goodies include an exclusive cover, exclusive in-game vest, a replica of Delsinâ€™s beanie, a set of pins, decals, a DUP patch. Infamous: Second Son releases in February 2014 and don’t forget to grab the limited editions because it might be the only time you see the Cole’s Legacy Pack.

Watch Dogs Gets Delayed Until 2014