It’s been about 14 years since Sora and crew had aÂ proper sequel; was it worth the wait you ask? Since the release of the first entry, Kingdom Hearts has always captivated its audience with the use of Disney characters and over the top action. Kingdom Hearts 3 continues the tradition and evolves the series in ways that gives the player a ton of control.

The Story So Far

Sora and crew start off the game again striped from their full abilities and embark on a journey to save Aqua and put an end to the evil Organization XIII and other threats spreading throughout the worlds. Without going too much into the story, Kingdom Hearts 3 tries to explain a lot of Â backstory through cut scenes, which messes with the flow of the game. I would compare it to the Metal Gear Solid series, where we see cut scene after cut scene. It’s not bad if you’re a new comer to the series, but for someone who’s been waiting about 15 years, just a Â story so far trailer would have done it justice instead of receiving chunks of the backstory through the new journey.

Another thing which I found odd is how the dialogue is not natural; it feels very amateurish for a game of this caliber. Now, I know Kingdom Hearts is a game marketed to a young audience, but the crowd that followed the series back then are now grown and areÂ most likely to buy Kingdom Hearts 3. The dialogue definitely comes off as boring and the dragged out explanations make them a chore to go through. 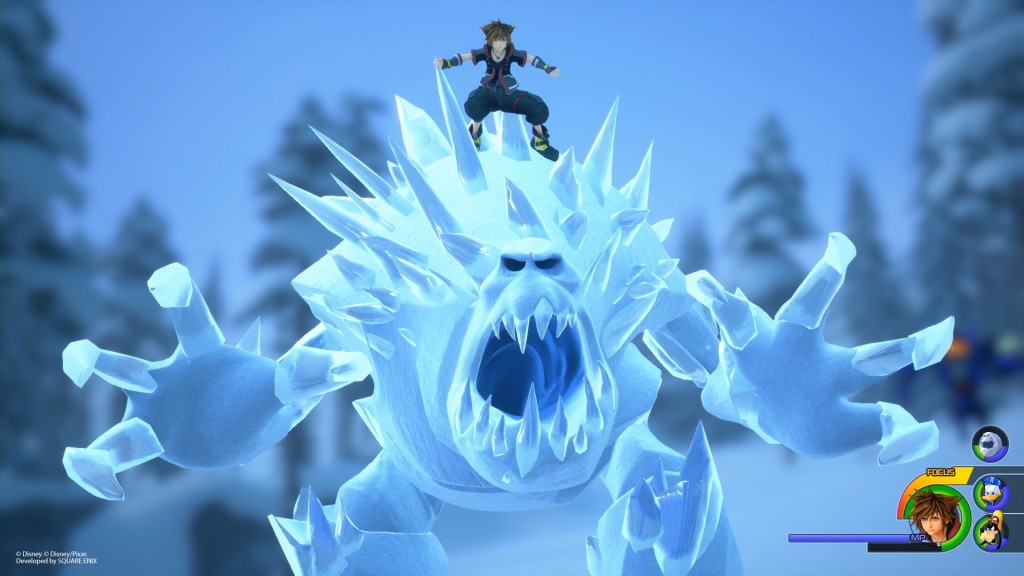 With the generational leap between hardware, Kingdom Hearts 3 looks flat out amazing at times capturing all the wonder and magic of Disney properties. Going to worlds from Pixar’s Toy Story to Tangled while retaining the original styles of the respective movies is a sign of attention to detail and love put into the series. The power of the latest consoles make the worlds more meaningful compared to previous entries where the worlds all felt like you were in a Disney themed room. Kingdom Hearts 3 turns them into living and breathing worlds with even some side quests to gives them a purpose. I was just amazed at how much detail goes into everything. However,Â with so much emphasis on these details, not everything looks completely polished.

The main draw for me is the gameplay,Â andÂ the gameplay improvements make the wait for Kingdom Hearts 3 worth it. The game starts off very slow with theÂ abilities you have and to some that may make the game feel very limited at the beginning withÂ what can be done. As I progressed, the gameplay opened up to a very fast hybrid of strategic action.

As we know, Sora wields the iconic key blade and you take on the heartless and the nobodies. New to Kingdom Hearts 3 is the ability to change out your key blades instantaneously. The reason for this change is that the Keyblades can transform into new weapons. An example of this would be the key blade you get from the world of Toy Story. It looks like a regular Keyblade, but when you continue your combos you have the option to turn this specific Keyblade into a Hammer. To go even further, completing a successful combo then turns the hammer into a drill gun which also has its own set of moves. While these forms have a timer, you have to try to get the most damage out of the enemy. Now to extend those times, this is where changing your Keyblade works wonders as the form stays the same when switching Keyblades. Players can equip up to 3 Keyblades to simultaneously switch out during gameplay. The major improvement is all the options you get during combat. WithÂ theseÂ options comes a big misstep and again its slight as you really don’t have to activate them. The attraction moves can be used as a combo finisher. At first they are nice and glamorous, but as time goes on they seem like a huge time waster, while you’re in combat. Â I feel like they break the flow of the gameplay and can also be used as a shortcut to actually saving yourself during a battle as the screen stops, pauses and displays that cut scene. While some of those attraction moves look awesome, I do wish there was a restriction on how they pop up in battle, as I’d rather just focus on more ground combat with Sora.

Just Keep Me Grounded in Nostalgia

Gummi Ship sections are back and give you a lot of options to do some customization to your ship. Just like previous games, the Gummi Ship is your means of travel in the Kingdom Hearts universe. The main difference between the previous titles is that the over-world can now be completely traveled in the Gummi Ship, and you sometimes don’t have to go into menus to get where you want to go.

When traveling the world in your Gummi Ship, you will encounter boss enemies and other enemies trying to take you down. Fortunately, Â you can skip a majority of these battles. It’s a very nice feature to have and very similar to Sony’s Spiderman title, which had puzzles that you can skip. I can see why you would want to skip the battles, as I mentioned above the on foot gameplay is where the gameplay shines. Now when entering new worlds, it does get very tedious if you don’t keep up with equipment upgrades as the bosses provide a challenge. 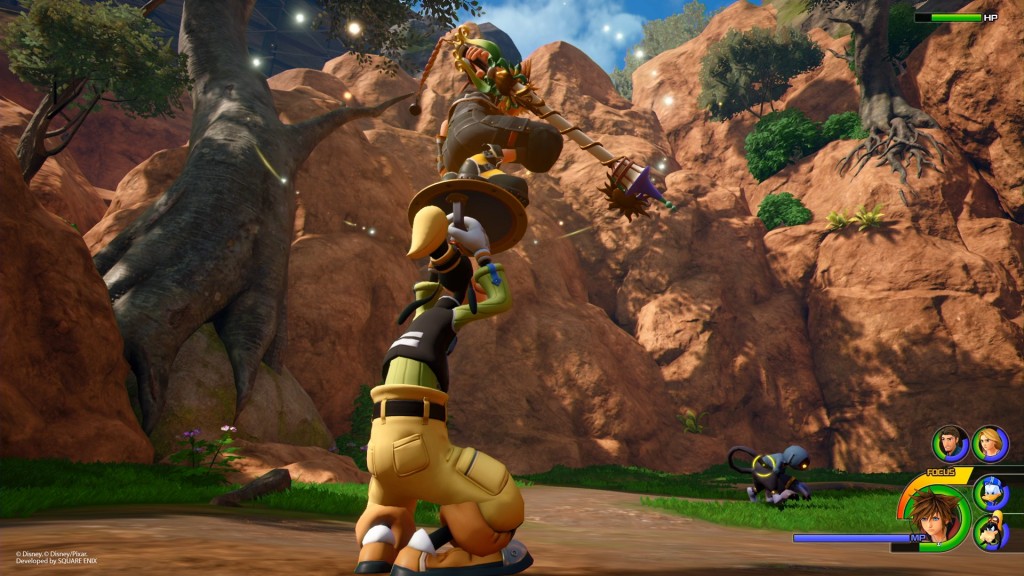 I do want to commend the soundtrack of Kingdom Hearts 3 which is composed byÂ Yoko Shimomura, who brings you all the feels and the nostalgic trip down memory lane. I just love the mixes and renditions of old classics. The soundtrack is very memorable, and I instantly knew what type of enemies I was going to encounter because the themes are so dynamic. The music and the sound effects really bring it all in that you are playing Kingdom Hearts, and it makes me feel like I’m a kid again. That’s the sort of feeling i should be getting as it definitely is the last game of childhood to get a proper sequel to conclude Sora’s chapter.

Overall, Kingdom Hearts 3 is worth every penny and is well worth the wait with the amount of content and care to the series. While not perfect, there is just so much for everyone with new comers really getting the best portions of the game.Â Kingdom Hearts 3 is a grandÂ spectacle that will take you to many places other game series don’t.