My First 10 Hours with Shiness: The Lightning Kingdom

Shiness has come quite a ways from its inception being a kickstarted title by Enigami and later published by Focus Home Interactive. The manga-esque RPG mixed with a more in-depth fighting game battle system packs a lot into, from what Iâ€™ve read, a more condensed campaign. A full-review will fall with commentary on that aspect, but this will serve as a brief appetizer as to my initial thoughts on Shiness on PS4.

One of the aspects of Shiness which most people will instantly notice are the visuals. The game has an outstanding art style. The colors pop the perfect amount and gives way to some magnificent backdrops. The various locations Iâ€™ve come across were all themed individually and had their own unique story to tell. From a dense forest area with a canopy that blocks most of the light to a sprawling naturescape filled with a flowing river in between, there is a nice variety of different landscapes to traverse early on. The fact that the art style and environments are so enticing is only brought down by the fact that, often times, it doesnâ€™t really feel that great to roam the areas.

Controlling your character, one of three in the party, is interesting in the sense that they all move around a bit differently. Chado goes on a full on sprint on all fours (they are all anthropomorphic characters after all) whereas Kayenne moves about the landscape by in a more human-like fashin. It doesn’t necessarily control poorly, but its flaws are quite evident when attempting what should be a simple platforming sequence. There were times when I had to repeat a certain sequence because I would fall off the platform and have to go all the way back up. Luckily, the main draw, besides the outstanding art style, is the combat which controls far better. 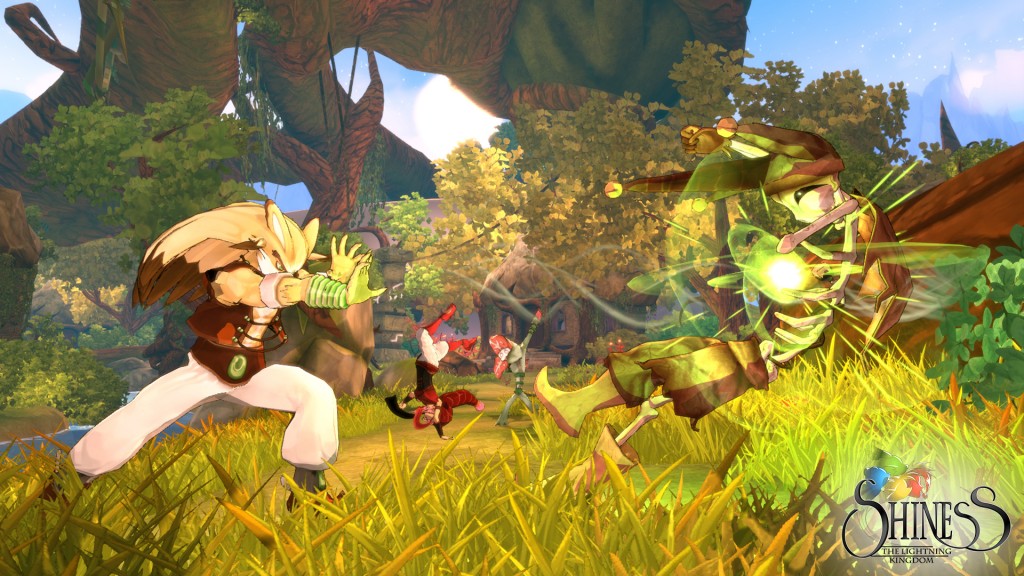 The combat system has been said to be more in-depth than a typical RPG, and instead melds together a more fighting game-esque feature set with its RPG roots. The real-time battles keep the intensity up, while allowing for movement away from some ultra aggressive enemies. If you donâ€™t utilize your Shi (magic), parrying abilities and blocking, you will absolutely become frustrated with this game. Luckily the game does a decent enough job of relating the various mechanics at an adequate pace.

Since this is an RPG, there are a plethora of menu systems which are mainly fine. I would have loved if they highlighted new items because going through them can be a bit of a chore. Also, once you start to flesh out your roster of characters, you can definitely spend more time than you would want setting up your Shi abilities, your combos and your â€œsupportâ€ abilities. These abilities are triggered once you character hits a certain threshold. Such as, once you reach 50{3a19833c997fa52158a43c449fe089ff048ac0506a335cac10721cfa396ff282} of your health, your allies will heal you for XXXX amount of seconds. The only issue that crops up during combat is when you start against the barrier which comes up during combat while the enemy is relentlessly attacking you. It doesnâ€™t happen often, but when it does, it is quite the momentum killer. As for the enemies, they are just as unique and varied as your own. They have differing skills and abilities and do a great job of actually relating to the area in which they are located. The human-like characters are certainly the more boring ones, but they tend to have some brutal and unique skillsets. The few boss fights I experienced were also pretty fun and somehow tend to be easier than the canon fodder.

Aside from fighting enemies, there are opportunities to partake in some puzzles to progress the main storyline. The puzzles, at times, hit that spot of being interesting and unique, to pretty bland and obvious. Admittedly, it is difficult to strike the balance between engaging and frustrating. Weâ€™ll see how it goes as I progress through the main campaign.

Thus far, I am enjoying the majority of my time spent with Shiness. The controls can certainly be tightened up a bit, but the world is so beautiful that I get over that fact rather quickly. The background music also perfectly compliments the scenery. Â 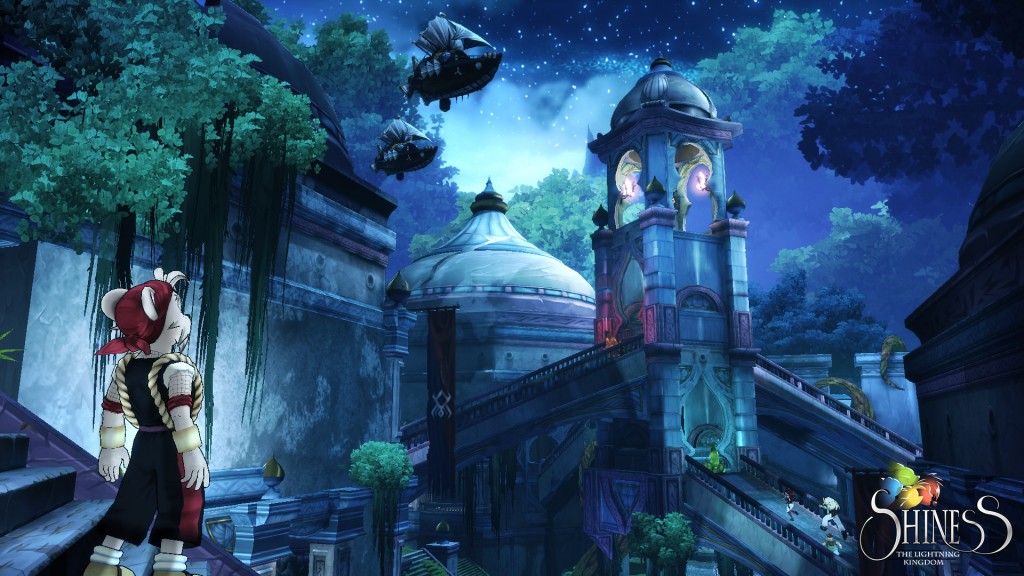