With a mere week until the NHL season officially begins, EA Sports has released their annual season simulation of the most recent NHL title (Aptly named NHL 17) to see who will hoist the Stanley Cup for the 2016-2017 season. While they havenâ€™t been able to predict which team would win the Stanley Cup in recent years (if ever), itâ€™s always fun to see a complete season sim of EAâ€™s NHL title.

And your 2016-2017 Stanley Cup winner isâ€¦ The Nashville Predators! In a wicked twist of fate, since the two partook in a huge trade this offseason (Weber to the Canadiens and Subban to the Preds), they beat the Montreal Canadiens toÂ capture the team’s first ever Stanley Cup.

Check out the full bracket and award winners below. 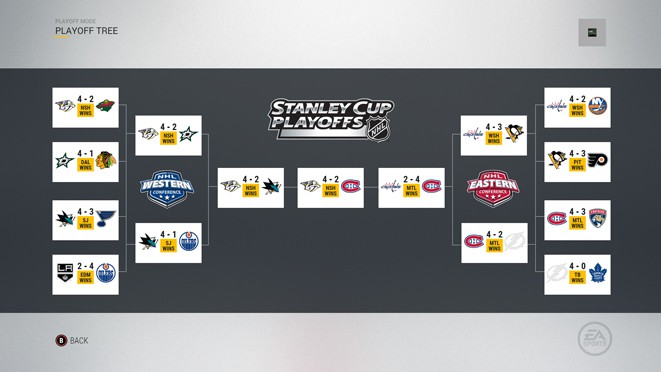 Your NHL Award Winners as follows: