Everyone deserved a night out in this Lucifer episode. It turns out that all of our characters are having a tough time and enjoyed having a break. First, the ladies took a night out that was initiated by Lucifer; then the boys went out while undercover.

Lucifer has been distracted during this case. In his session with Linda, heâ€™s distracted by his new smart phone. He says that his phone is therapeutic. Linda knows that he is just distracted because heâ€™s trying to avoid the unpleasantness of conflict. Lucifer realizes that if he just stays distracted then he wonâ€™t keep thinking about his problems. Linda tries to explain that is not the answer, but Lucifer is already out the door.

Lucifer gets distracted with their next case. Two women were found dead; they were both poisoned. They each had a stamp like ones used at a nightclub. The girls were supposed to be out for a girls night. Well this spurs a girls night for the ladies of Lucifer. Lucifer thinks that Chloe needs a night of fun and asks for Maze to take her out for some drinks. 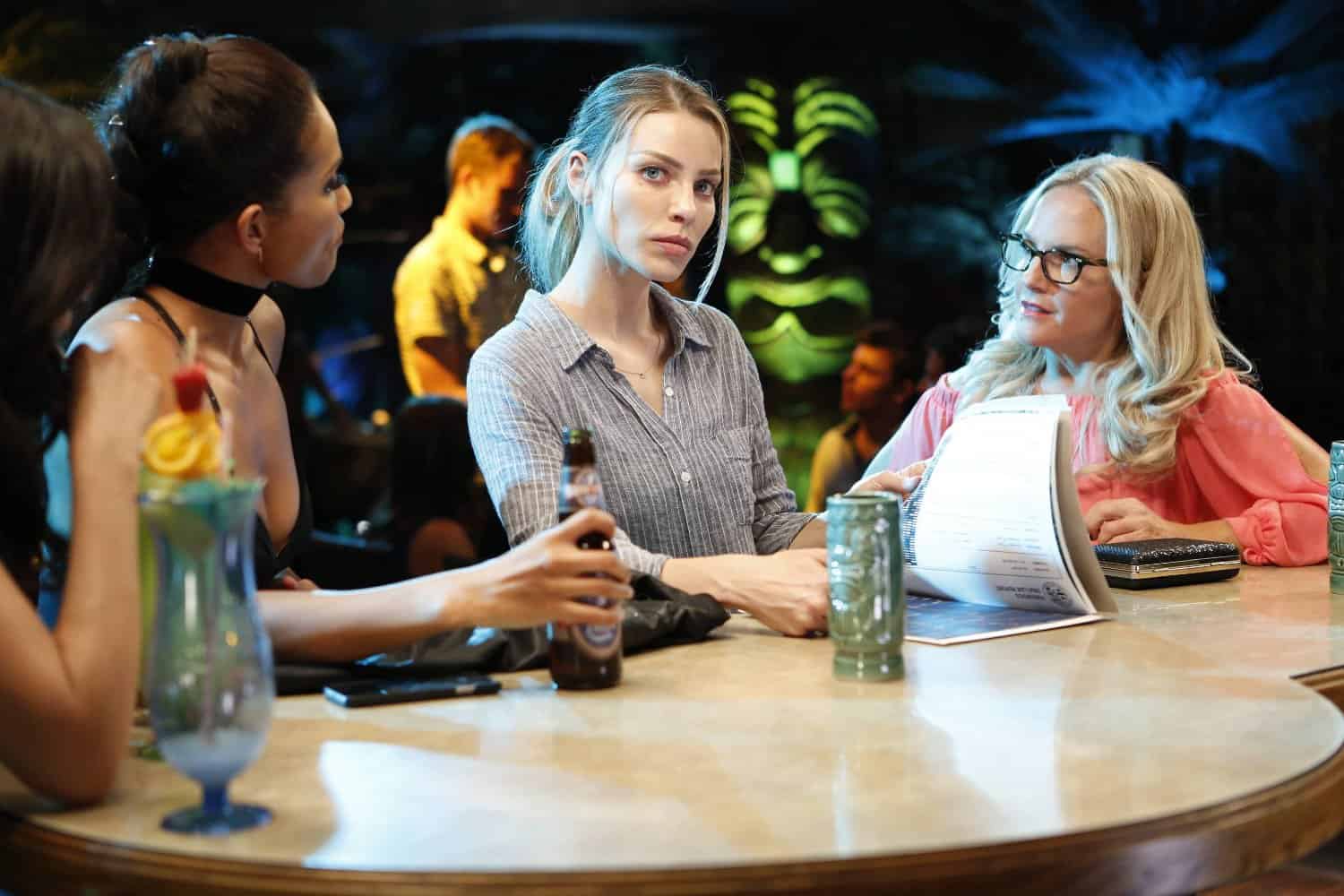 When Chloe stops by Lux to go over a report from Ella, Maze decides this is the opportunity to take her out. Ella just so happens to be at Lux and decides to join in the fun. Thereâ€™s a bar near where the women were for their party, so they go to investigate. While theyâ€™re there, they may as well enjoy some drinks. Linda joins in and thinks they should take this opportunity to bond as women. Linda reveals that she was a phone sex operator, and Ella said she used to steal cars. Chloe revealed her worries about the impending divorce and her fears of moving out of her motherâ€™s house.

After a few too many drinks, Chloe spots a man with the same stamp on his wrists as the victims. Sheâ€™s just trying to get some information, but his girl doesnâ€™t see it that way. A fight breaks out, and Maze defends her newfound friends. It was all worth it, since Chloe found out that the girls were part of a sex party. The victims were working the party.

Since only men can be invited to the party, Lucifer takes it upon himself to get invited. Chloe thinks thatâ€™s a good idea since Dan looks too much like a cop to go undercover by himself. Now itâ€™s time for boyâ€™s night out. Amenadiel ends up going with Lucifer and Dan since heâ€™s been having a tough time lately. Of course the moment Dan tries to talk to the bartender, he runs. The bartender identified the man who was supposed to be with both of the victims that night. It turns out their mutual friend was the one who got them the sex party job, but the girls had no idea what they were a part of. 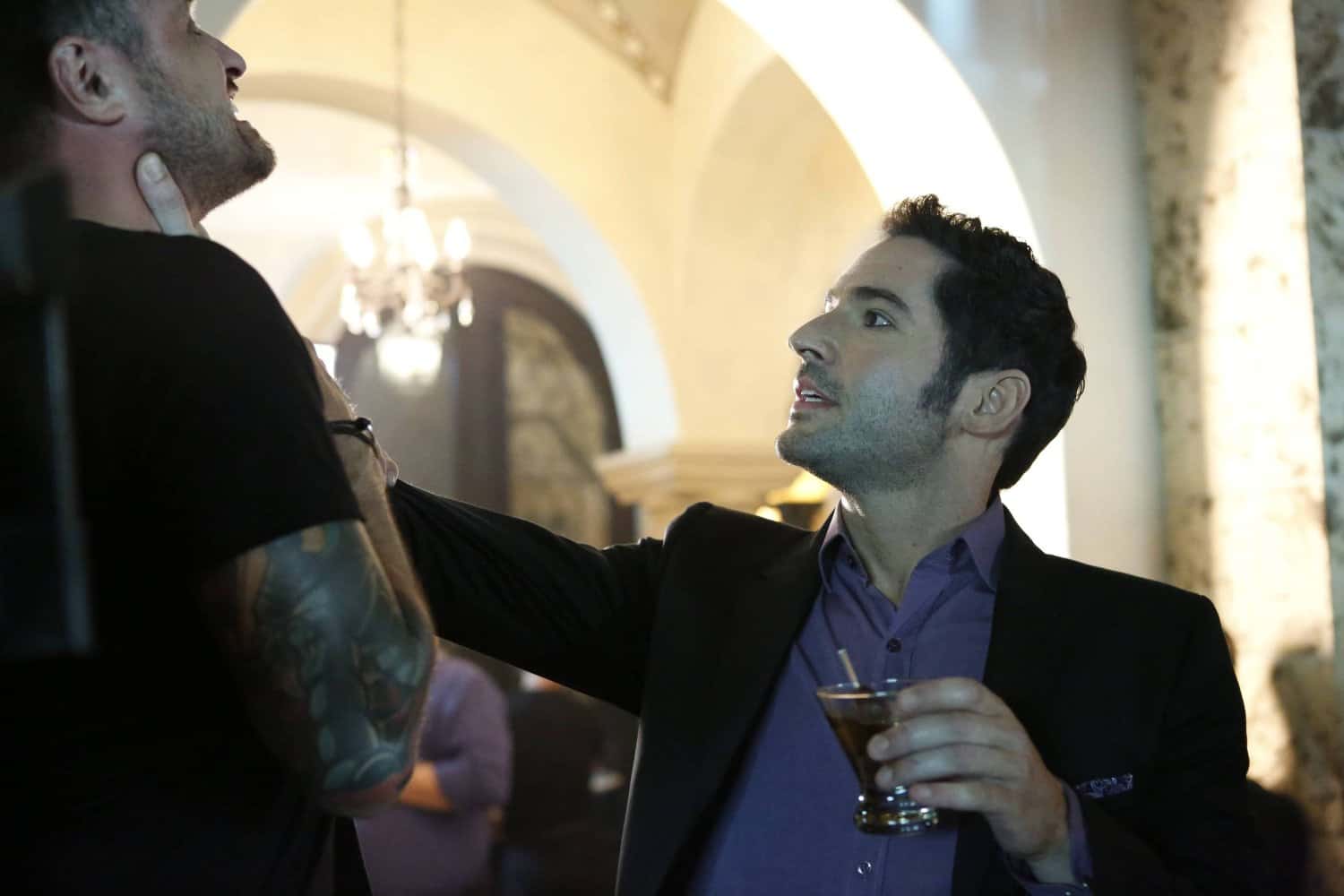 The guy actually felt bad that the girls didnâ€™t understand the job for which they were hired, so he let them go. Their friend was the one who poisoned them. She thought she was just giving them an organic roofie, but it actually killed them. When Chloe hears that she says that thereâ€™s a special place in hell for women who turn on their girlfriends. Lucifer just nods in agreement and watches Chloe take her down.

When Chloe found out that girlâ€™s night was a setup by Lucifer, she was furious. She felt played and manipulated. Maze goes to see her to apologize without actually apologizing. She does tell Chloe that she doesnâ€™t want to kill her anymore, so I guess thatâ€™s improvement. Chloe didnâ€™t remember everything that happened on their girlâ€™s night, so she surely didnâ€™t remember agreeing to be roommates with Maze. Lucifer does not approve of their being roommates. He says he canâ€™t have the women in his life teaming up against him. I can only imagine the interesting scenes we will get from this duo.

Lucifer and Amenadiel may not have had contact with their mother, Charlotte, but Maze checked in to see how she was adjusting to life as a human. Charlotte is determined not to let a casserole beat her. Sheâ€™s still on a sabbatical from work, which means spending time with her family. She seems to know how to distract her husband, but she calls her kids â€œfactories of filth.â€ Maze is enjoying her pain, but Charlotte knows that this punishment is the only way she gets to see her sons.