It’s been a few months since the last big Nintendo Direct, and what better way to begin the onslaught of the last few months of the year than a look into what Nintendo has on offer for the rest of 2019 and beyond. This is the Nintendo Direct Recap for September 4th, and where better to begin than at the beginning. 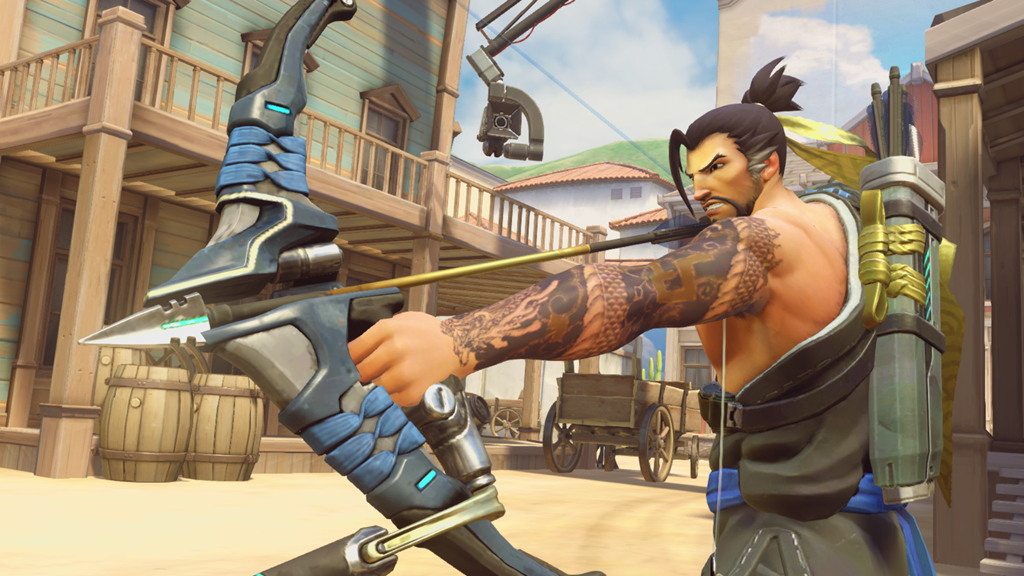 Immediately, the first thing shown comes as no surprise as Overwatch makes it’s way to the Switch. The very, VERY popular first-person shooter joins the fray with a new control scheme by way of gyroscopic controls. Overwatch is available on October 15th, just before the October holiday event.

From Overwatch, we go into the big spoopy gaming coming to the Switch in October, Luigi’s Mansion 3. Showing off some of the themed floors, we get a look at one of the Ancient Egyptian themes with Tomb Suites. The floor has a pyramid in the middle of a desert. This is a mansion, isn’t it? Along with the desert theme, there is also a disco floor, a pirate restaurant floor, and a lot more. One of the new multiplayer modes in Luigi’s Mansion 3 is Scream Park. This mode has up to two 4-player teams–Team Luigi & Team Gooigi–battling it out to see who can catch the most ghosts, gather the most coins or break the most targets. Up to 8 players can play on one Nintendo Switch. Luigi’s Mansion 3 releases on Halloween Day, October 31st. 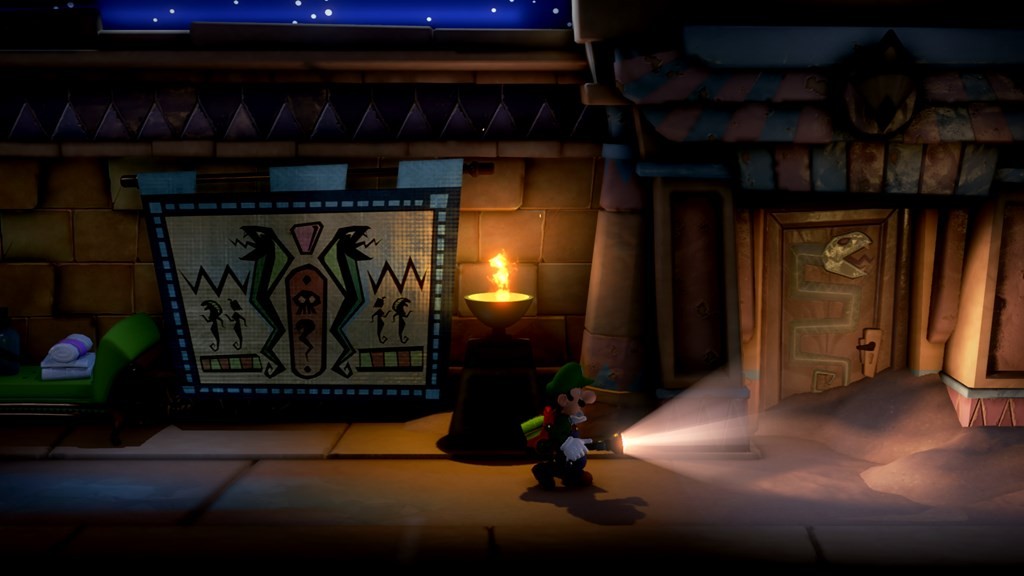 Have you ever played a Kirby game and thought, “man, this should be more like Monster Hunter?” Me neither. But here it is anyway–Super Kirby Clash. The free-to-start game will have players pick up quests in town, select a class, and equip gear with up to 3 other players to fight big bad bosses. Super Kirby Clash supports single-player, four-player via one system, via local wireless, or with others online. Super Kirby ClashÂ is available now on the eShop. 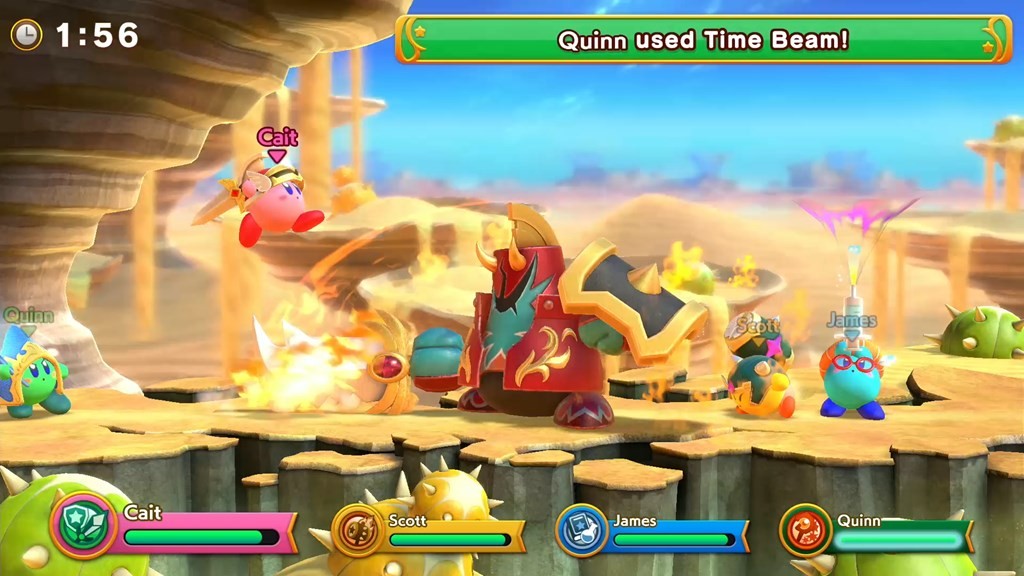 After it’s long absence in North America, the third game in the Mana series–Trails of Mana–makes its appearance with a vengeance. Showing up, not only in the Mana Collection released a little while ago, but also with a complete remake. Players will choose a protagonist and two companions from a pool of six possible characters. The protagonist will then determine which story plays out. When characters level up, new classes will be selectable as well as a light and dark path than changes the characters looks and abilities. The game will also have a full-range of motion during battle which will allow characters to jump and combo attacks with other party members. Trials of Mana releases on April 24, 2020.

GameFreak’s Town has reemerged as Little Town Hero. The game sees the villager Axe as he tries to stop the monsters attacking his town. Though he may be the one fighting the monsters, he is not alone. Axe can move through the town to receive help from his fellow townsfolk. Helping to set the game’s tone, Undertale composer Toby Fox, scores the soundtrack. Little Town Hero will be available on October 16th.

That lovable bear and bird duo are finally available in Super Smash Bros. Ultimate. Banjo and Kazooie were made available shortly after the Direct along with a new update to Ultimate. Of course he’s not the only newcomer to Smash–Terry Bogard of Fatal Fury joins the fray. Though little was shown off in his reveal trailer, Terry will be available in November. And that’s not all for Ultimate! Of course there is still one more character to be revealed in the Fighters Pass, but more DLC characters are also in development. No exact word on how many, but likely they well be announced after Character 5 is released. 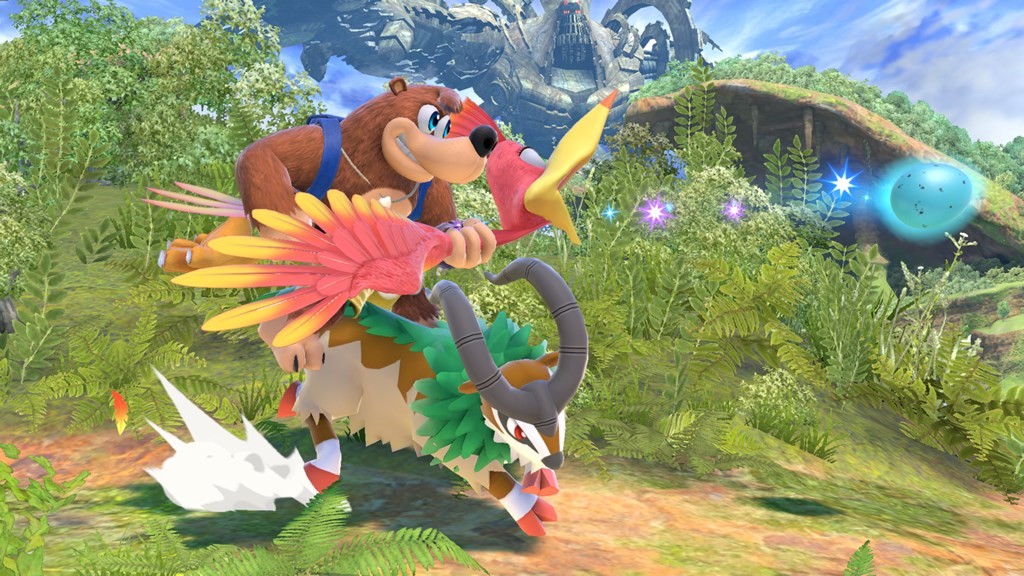 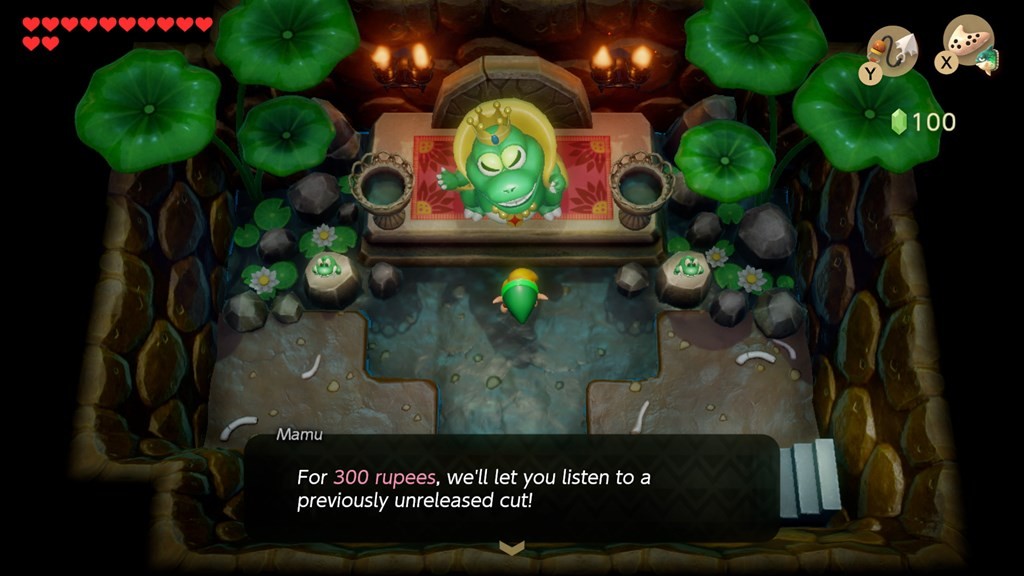 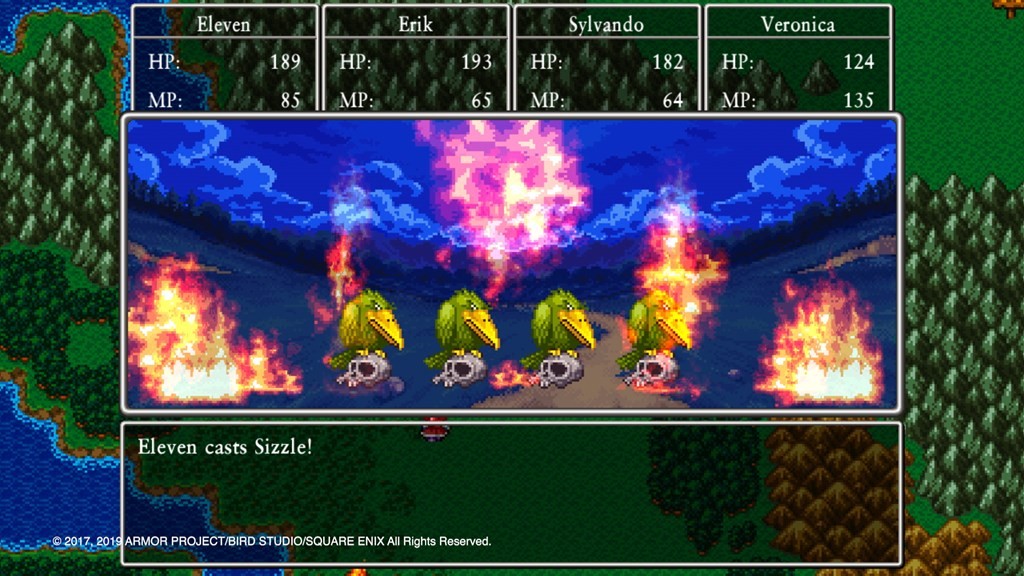 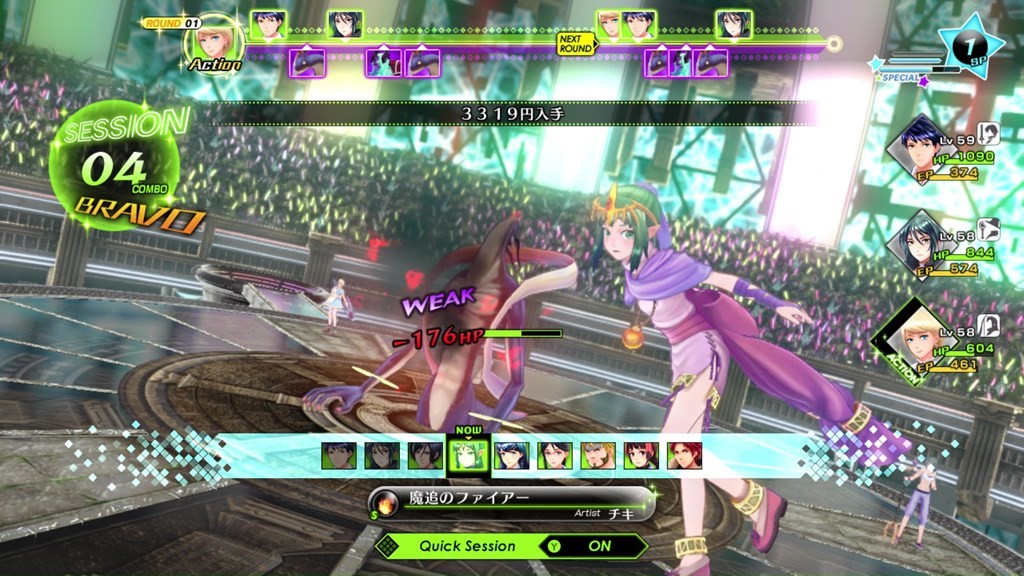 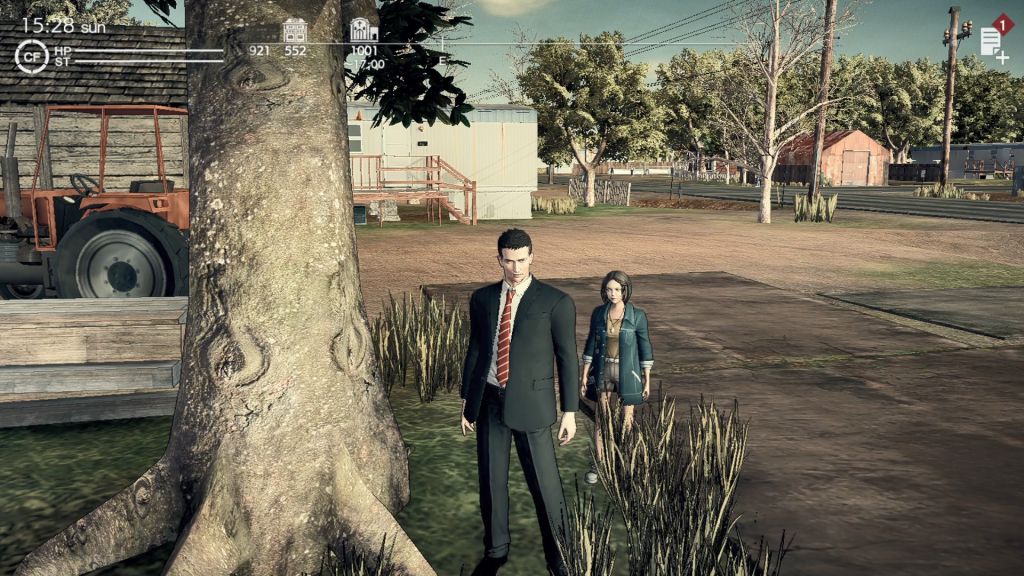 And for all the Doom fiends out there, the much lauded Doom 64 is finally crawling its way out of the N64’s library ready to do some damage. Doom 64 is releasing on November 22nd on the Switch. 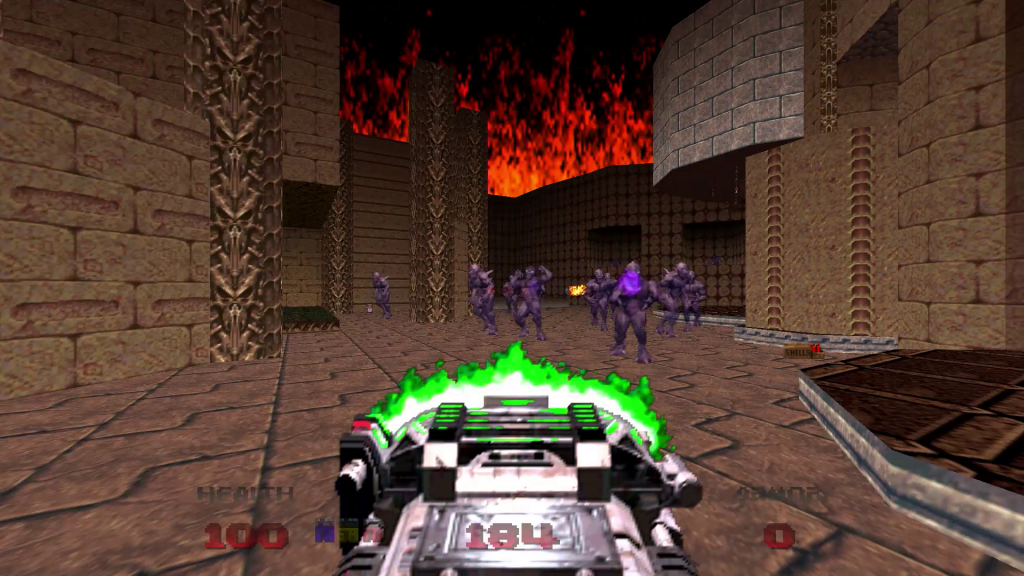 For more fast-paced, frenetic fun, Hi-Rez Studios is releasing their game, Rogue Company on the Nintendo Switch. Each character will have their own special abilities as well as their own gear, each with their own playstyle. Players will be able to play with friends or make use of the matchmaking to find teams in a variety of objective-based modes. Rogue Company releases in 2020.

With PokÃ©mon Sword and PokÃ©mon Shield releasing in November, it’s time to take a look at a few new features coming to the latest in the pocket monster series. First up is character customization. Offering more options than previous titles, players can change their tops, bottoms, outerwear, hairstyle, as well as their makeup. Since PokÃ©mon Amie in X and Y, the PokÃ©mon series has been introducing new ways players can directly interact with their PokÃ©mon. And now enters PokÃ©mon Camp. In the outerworld, players can Camp at anytime. Interacting with them will make them better in battle. Out in the wild, players can visit other players’ camps and bring along a PokÃ©mon and hang out with up to 3 other players. 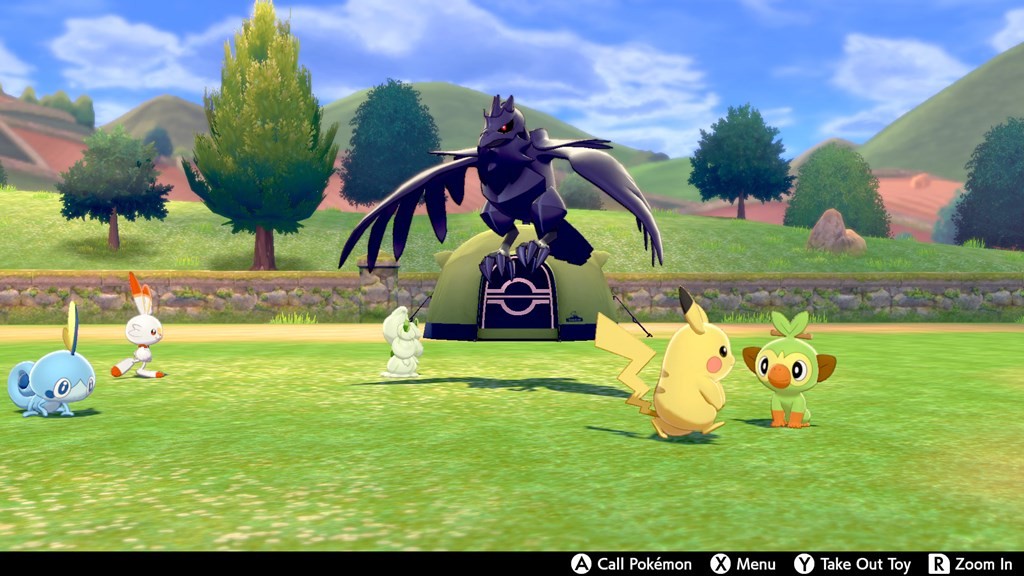 What is camping without a little cooking? Players will be able to create new curry dishes that will aid PokÃ©mon by selecting the berry, the spice, and that secret ingredient, love. Creating a new dish will save it to the Currydex for easy reference. And what would a new PokÃ©mon be without a few new PokÃ©mon. Up first is Polteageist a ghost-type PokÃ©mon made of tea. And a new water/flying-type, Cramorant. After using Dive or Surf, the blue-bird may have a fish in its mouth. If attacked during this phase, it will shoot out the fish as a Gulp Missile towards the defending PokÃ©mon. PokÃ©mon Sword and PokÃ©mon Shield will release on November 15th. 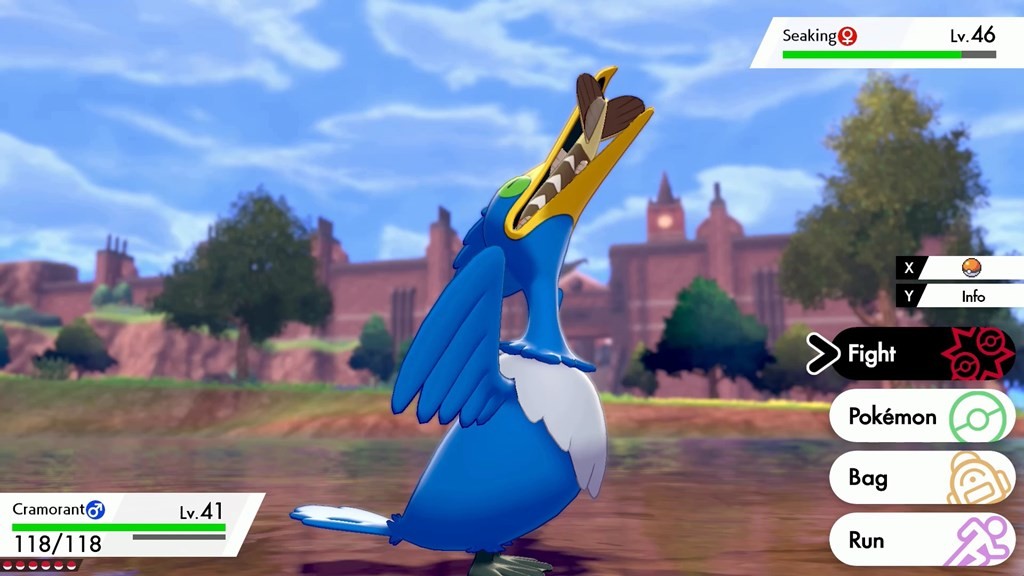 Super Nintendo games are making their way to the Nintendo Switch. The launch list will have a few obvious inclusions–such as Legend of Zelda: A Link to the Past, Star Fox, and Mario Kart–but will also include Stunt Race FX which has never been re-released. Players can play locally with one Switch as well as online. There will also be a Rewind mode available at launch to make things a tad bit easier. 20 SNES titles will be launching today, with more likely on the way later. For those Nintendo Switch Online subscribers, the SNES Online library will be available at no extra cost. 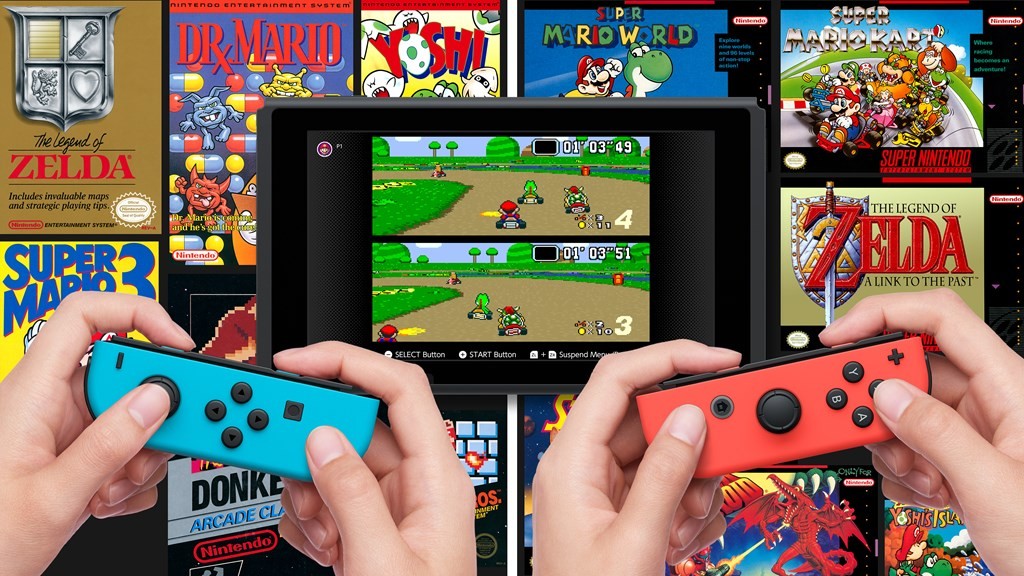 What better way to play SNES games on the Switch than with a SNES controller? The limited release controller will be $29.99 and be sold on Nintendo’s website for NSO subscribers.

Tetris 99 is getting a major update with Ver. 2.0. Tetris 99 Invictus will be a new mode for players that have conquered the game with Tetris Maximus status. Also new are Daily Missions for some extra daily fun. If completed, these missions will give out tickets which can be used to purchase skins for the main game. And new player icons will be thrown in as well. A new wave of paid DLC is also coming. 2-players share battle is available as two players can go head-to-head againstÂ each other and the CPU on one system. Plus 8-players can play locally with Local Arena mode. The Version 2.0 update will be available later today on the eShop. On September 6th, a packaged version of Tetris 99 with all the DLC and a 12-month Nintendo Switch Online membership will be made available. 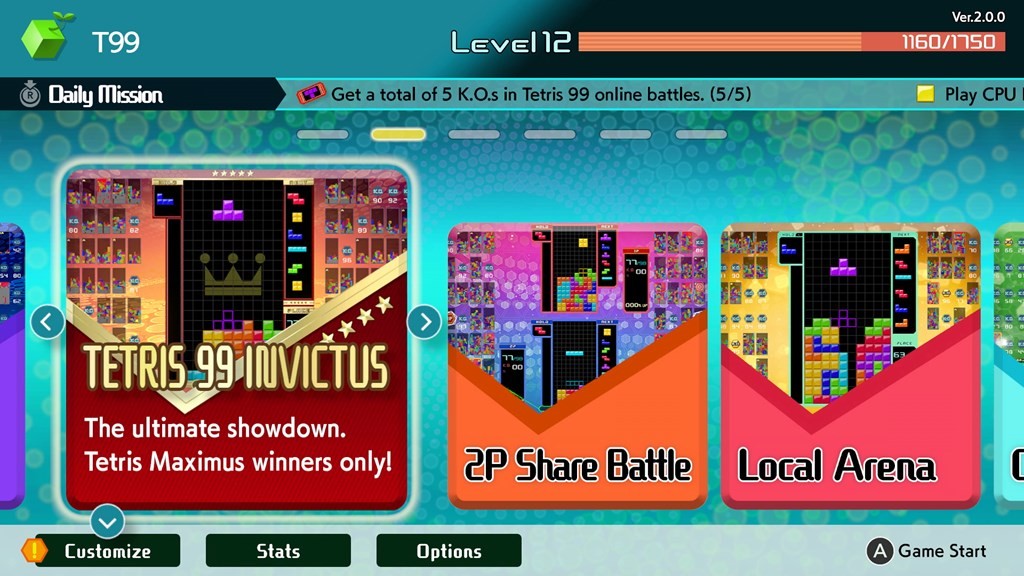 Mario & Sonic at the Olympic Games Tokyo 2020 is the latest entry in the Olympic series. The new title will feature 20 events such as the 100m dash, karate, football (soccer), skateboarding, rugby 7s, sport climbing, badminton, gymnastics, surfing and quite a bit more. Plus as shown off before, there are 10 retro-styled events using character art and sprites from pastÂ games. There are also new mini-games, unlockable characters and a story mode. Mario & Sonic at the Olympic Games Tokyo 2020 will be released on November 5th. 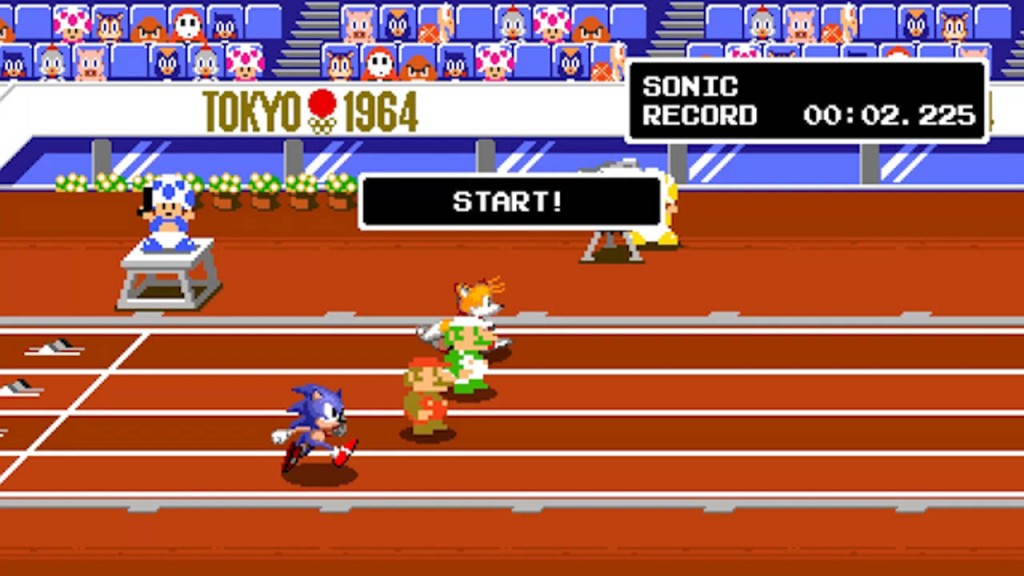 Star Wars: Jedi Knight II: Jedi Outcast is making it’s way onto the Nintendo Switch. The classic action game and its full single-player story will be available on September 24th.

There’s plenty more where that came from. Just Dance 2020 will be out November 5th. Racing game GRID Autosport races onto the Switch on September 19th. Farming Simulator 20 will have you harvesting your crops on December 3rd. The Level-5 and Studio Ghibli joint RPG, Ni no Kuni: Wrath of the White Witch makes its way onto the Switch on September 20th. With the new NBA season starting up, NBA 2k20 heads down the court on September 6th. What better time to get into Lovecraftian horror when Call of Cthulu emerges on the Switch October 8th. The Outer Worlds, the Obsidian RPG, will be coming soon to the Switch as well. Capcom is bringing the next chapter in the DMC series with Devil May Cry 2 which releases on September 19th. Vampyr rises from the dead and is looking for fresh meat on October 29th.

For such a long Nintendo Direct, it’s perhaps time for a little vacation. What better way than with Animal Crossing. Tom Nook, the ever entrepreneurial tanooki, is now selling Deserted Island Getaway Packages. The package comes with a tent, because as much fun as gazing at the stars is, you’ll need a place to keep your things. Of course it’s not a completely deserted island as you’ll be able to contact tons of people and manage your things with the NookPhone (included in the Deserted Island Getaway Package). Preloaded on the phone are several useful apps, such as a recipe guide for creating and crafting new tools and gear. 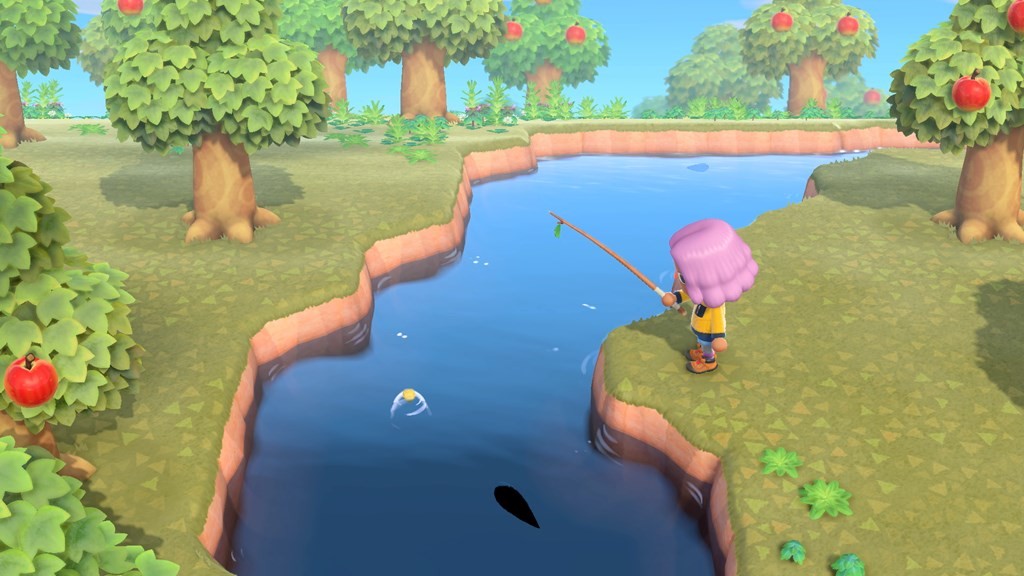 Grab some materials and then head over to Resident Services to create what you need. Resident Services will also be your shop for tools and furniture. Of course, you can always sell things you don’t need–even weeds! There are also Nook Miles, a special currency that can unlock new items and recipes. These miles are rewarded after completing certain tasks. Of course the usual Animal Crossing activities are here; fishing, planting flowers. You’ll be able to pole vault over rivers to make traversal a bit easier. Snacking will make difficult tasks, like shoveling a tree, super easy. And you’ll be able to plant it wherever you’d like afterwards. Being on an island isn’t always sunny days. The island will have a variety of weather conditions and of course day and night. All of which will determine who you meet or what creatures lurk in the wild. 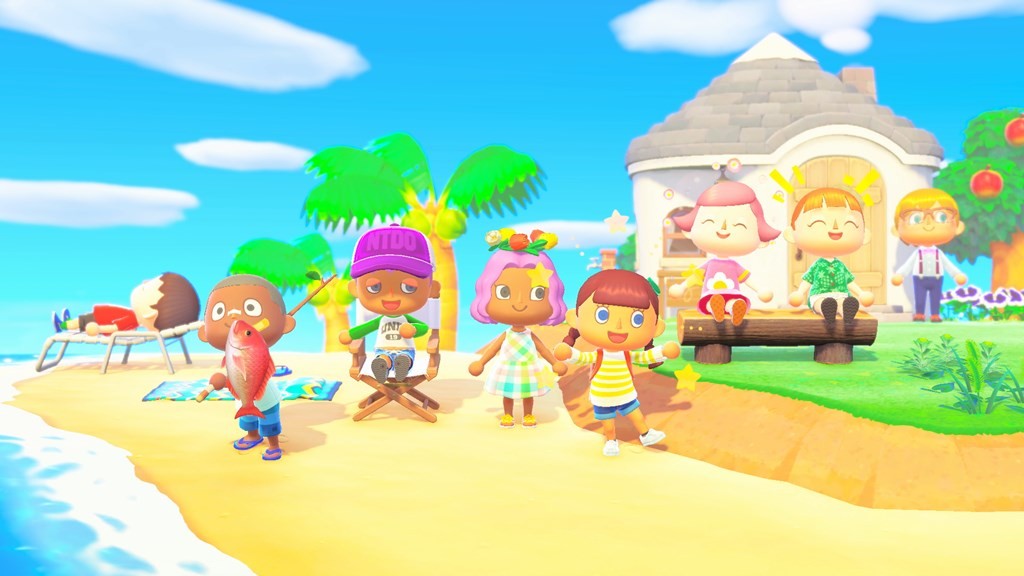 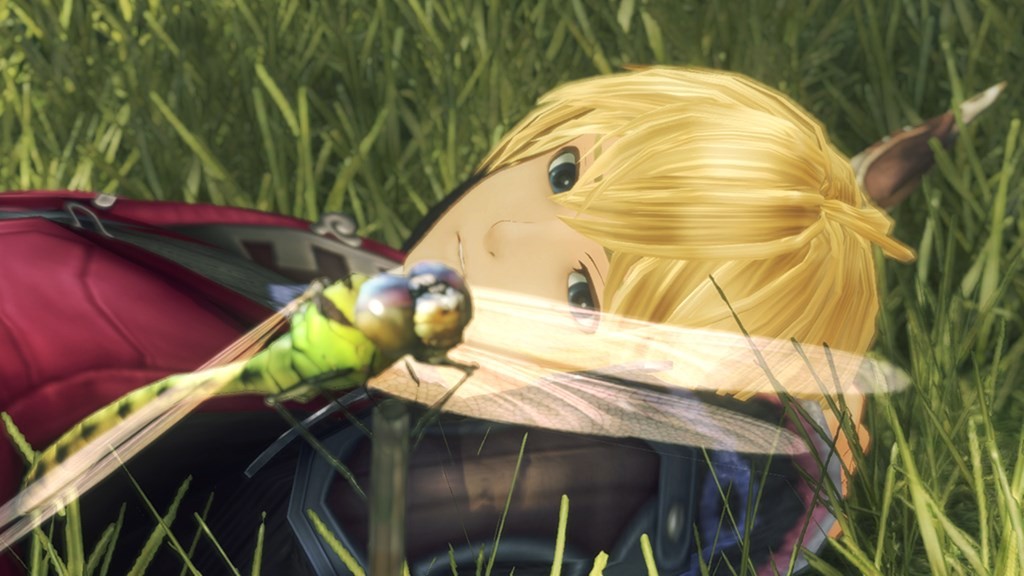 So that about wraps it up. Did you think it was a good Nintendo Direct? Let us know.