The Titans are finally coming together, well sort of. Rachel has been kidnapped by the crazy family, and Kory is hot on their trail. Dove is in a coma in the hospital, and Hank isnâ€™t too happy with Dick still being there. We also got to see a flashback to young Grayson after his first days at home in the Wayne Manor.

Now, the family has Rachel, and they are on the road. Kory isnâ€™t far behind and soon catches up to them at a gas station. We get to see some more of Koryâ€™s powers as she incinerates the father of the insane family. She offers to take Rachel with her in the hopes that Rachel knows who she is. Itâ€™s still unclear why Kory has no idea who she is and whether or not sheâ€™s going to get her memory back. At one point, Kory and Rachel try to sit down at a diner, but things go awry when Kory steps in to help a woman being bullied. The scene is absolutely perfect, and I hope we get more moments like that in the coming episodes. Check out the episode to see what I mean. 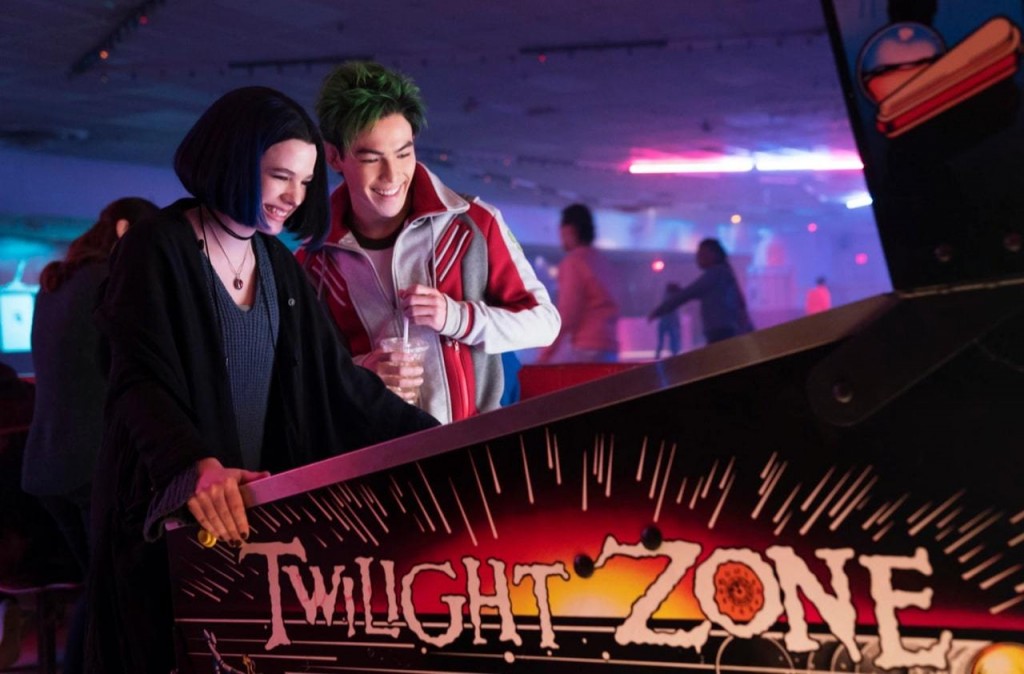 Rachel and Kory end up at a convent, and both of them have been there before. Rachel was there as a child with her mother, and Kory was there a year ago saying that â€œtheyâ€ had found Rachel. The sisters at the convent are happy to see Rachel and welcome her with open arms. The sisters even know where Koryâ€™s mysterious key leads. She finds the locker, while Rachel just so happens to be playing arcade games alongside Beast Boy. Unfortunately her key only leads her to another key.

By this point, Grayson has caught up with Rachel and Kory. He wants to take Rachel away, but sheâ€™s doing just fine with Kory. Itâ€™s not like he understands her powers more than anyone else here. Plus, Rachel is finally feeling safe with the sisters. It takes a bit of convincing along with some broken car windows and an angry Rachel to get through to Grayson and Kory that they canâ€™t make her do anything she doesnâ€™t want to do.

Back at the convent, the sisters talk with Rachel about the first time she was there. At that time, Rachelâ€™s mother said that they were hiding from her father. Rachel doesnâ€™t know anything about her father, and it sounds like her mother was terrified of him. Her father never did look for them at the convent, so Rachel assumes sheâ€™s safe, at least until she realizes that the sisters are up to something.

Rachel wakes up in a room isolated away. The sisters say that they must all make sacrifices, and they leave her locked inside. The sisters leave her there, so her father can never find her. Meanwhile, Koryâ€™s new key takes her to a storage unit where thereâ€™s a ton of research on Rachel, all written in an unknown language. Grayson follows Kory to the storage unit, and heâ€™s shocked to see all of the research on Rachel. Kory can read some of the unknown language, enough to see that it looks like Rachel is the destroyer of worlds.

While sheâ€™s locked up, Rachelâ€™s soul self wants to be let out. If Rachel lets it in, then she wonâ€™t be scared or weak ever again, something that seems completely out of reach for Rachel. Rachel is concerned that everyone will fail and leave her in the end. Rachel lets the darkness in and is able to escape from the convent. Where will she go now? And itâ€™s a good thing that Kory and Dick both decided to leave Rachel, pretty convenient.

Flashbacks take us to fifteen years ago right after the death of Dickâ€™s parents. Bruce Wayne offers to be Dickâ€™s foster father, but Dick is having a tough time coping. We get to see a little bit of his skills as an acrobat, despite the effects not being the best. We know that Dick gives Bruce another chance. Dick finds out that his parentsâ€™ death may not have been an accident. Finally, Dick sees the good side of being the foster child of a billionaireâ€¦ the cool cars. After Dick is caught taking one for a joyride, Bruce decides to show him a better way to channel his pain. Revenge wonâ€™t bring his parents back, despite how desperately Dick wants to go after whoever killed them.