Activision is getting the party started with their latest reveal of Tony Hawk’s Pro Skater 1+2. Completely remastered and developed by Vicarious Visions who faithfully remastered Crash Bandicoot N. Sane Trilogy. Tony Hawk’s Pro Skater 1+2 Â will feature High Quality Graphics at 60FPS keeping the action smooth, and almost everything from the original titles are coming back including the soundtrack!

Also one gameplay change that did make its appearance in Tony Hawk 3 will be in this version and that is the revert giving you additional points. We will also see Create-A-Skater and Create-A-Park Return, completely revamped and you can share your created parks online with online multiplayer also included. 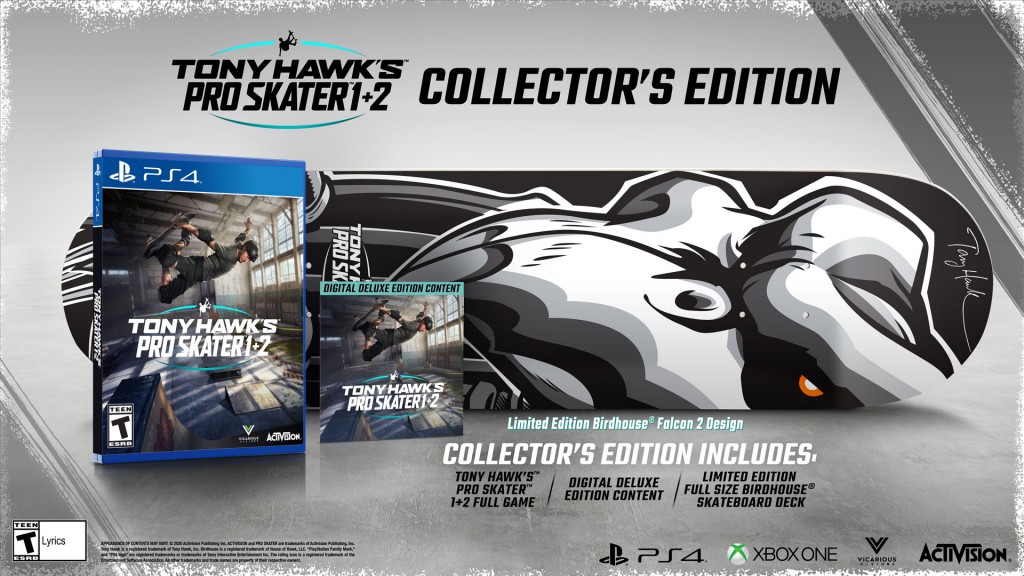 Tony Hawk’s Pro Skater 1+2 is releasing on September 4th on the PlayStation 4, Xbox One, and PC(exclusively on the Epic Game Store) for $39.99 for the standard edition. The digital deluxe version that includes unique content and gear will be available for the suggested retail price in the U.S. of $49.99. Then we have one of the coolest Collector’s Edition at $99.99 which gives you all the content of the digital deluxe version but also a limited-run Birdhouse deck. The deck is fully skateable and has the iconic Falcon 2 design and also a printed autograph of the man himself Tony Hawk.

Scarlet Nexus, An Action-RPG from Tales of Developers