Lena Luthor has been sucked into the promise of making the world a better place, but at the hands of Queen Rhea of Daxam, she gets more than she bargained for. Supergirl and Guardian are faced with a seemingly peaceful race of aliens all of a sudden causing attacks in National City.

Lena is working with Rhea in hopes of creating a portal. Lena is sure that the implications for Earth could be amazing. They could stop using fossil fuels to transport things. What she doesnâ€™t think about is for what Rhea is using the portal. Rhea claims that she only wants to go home to Daxam. Lena was cautious in the beginning, but she has taken Rhea at her word and assumes that she is as innocent as she seems.

James and Winn are still out on the streets working as Guardian, but James is frustrated that Guardian isnâ€™t exactly loved by the people of National City. Guardian helped a woman from a bunch of muggers, but she was more afraid of Guardian than the muggers. He was only trying to help, but all heâ€™s doing is beating people up. James was hoping that Guardian could be a beacon of hope, like Supergirl. He doesnâ€™t think that heâ€™s even making a difference. Well James, it looks like your time to shine is now. 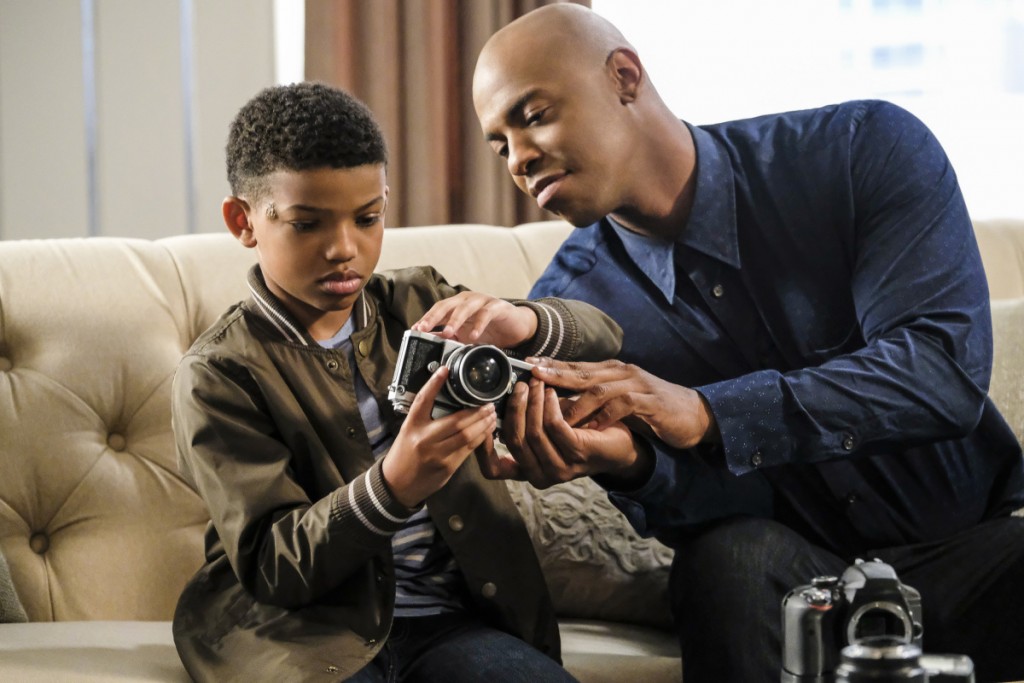 When an alien attacks a park in National City, James has no idea what to do to help. Then, Supergirl comes and saves the day. The alien at large is a Phorian, a seemingly peaceful race, and sheâ€™s on the run. James is discounted while Supergirl and Mon-El go out to look for the alien. While they are out, an alien tells Guardian where he can find the Phorian in question. James goes to the house alone, which is already a bad idea. Inside he finds a small boy; the woman had a son who is absolutely terrified of Guardian, until James decides to take off his helmet. The boy, Marcus, sees something in James and calms down.

When Marcus wonâ€™t talk to anyone else, James tries to give Jâ€™onn suggestions on how to talk to him. Jâ€™onn doesnâ€™t trust James; he says that James is a masked vigilante and a photographer. Now he thinks heâ€™s a child psychologist? Alex stands up for James and sees that they have a connection. That connection only gets them so far when James takes Marcus to CatCo. Marcus attacks the building just like his mom did to the park. This time, James realizes that Marcus isnâ€™t in control; something is making him do this.

Supergirl follows the clues back to Rhea and Lenaâ€™s portal device. The portal is somehow causing the Phorians telepathic powers to come out uncontrollably. While Supergirl and Mon-El try to talk some sense into Lena and Rhea, James and Winn work to keep the rest of the Phorians safe. Winn brings a device to dampen their powers, but it was only powerful enough for Marcus and his mother. There are dozens of Phorians, all hiding for fear of their lives. When all the aliens start accessing their powers without their control, itâ€™s up to James to talk Marcus down, who can break through to the others. Finally, James doesnâ€™t feel useless, when he is able to get through to Marcus and save all of the Phorians.

Supergirl and Mon-El try to talk down Rhea and Lena now that Rhea has opened the portal once again. Mon-El holds a gun against his mother, but he canâ€™t really kill his own mother. He still loves her and misses her despite everything she has done. Rhea even tells Mon-El that his father killed himself after their sonâ€™s betrayal, even though we know that she murdered him in cold blood. In the end, Rheaâ€™s plan works. She says that thousands of Daxamites survived the destruction of their planet. They just needed a way to get to Earth, so they can create a new Daxam.