by A. Jackson Maier
in News, Nintendo, Originals
0 0
5

Valve has just announced a 7-inch handheld portable gaming PC, running a fusion of Linux and SteamOS. Named the Steam Deck, it sports a 60hz 1200X800 LCD screen, custom AMD chipset, four core CPU, 16GB of LPDDR5 RAM, and 8 individual GPU units. On paper the Steam Deck seems to rival the Nintendo Switch, doing a significantly better job with shocking stronger hardware. The Steam Deck will be able to play all games in the Steam library, with those who like to create their own experiences on devices being able to access a Linux desktop for installation of additional games and software. The devices sports a full traditional controller setup, so playing RPGs to FPS all the way to heavy-hitters can be done without worry with serious performance and graphics. To cap it all off, it has full Bluetooth capability — including support for Apple AirPods. An official dock will be sold by Value; however, any USB-C and/or converter (first or third party) should work. Storage variants come in at 64GB, 256GB, and 512GB coming in at $399, $529, and $649 respectively. The 512GB variant will include an anti-glare etched glass screen. 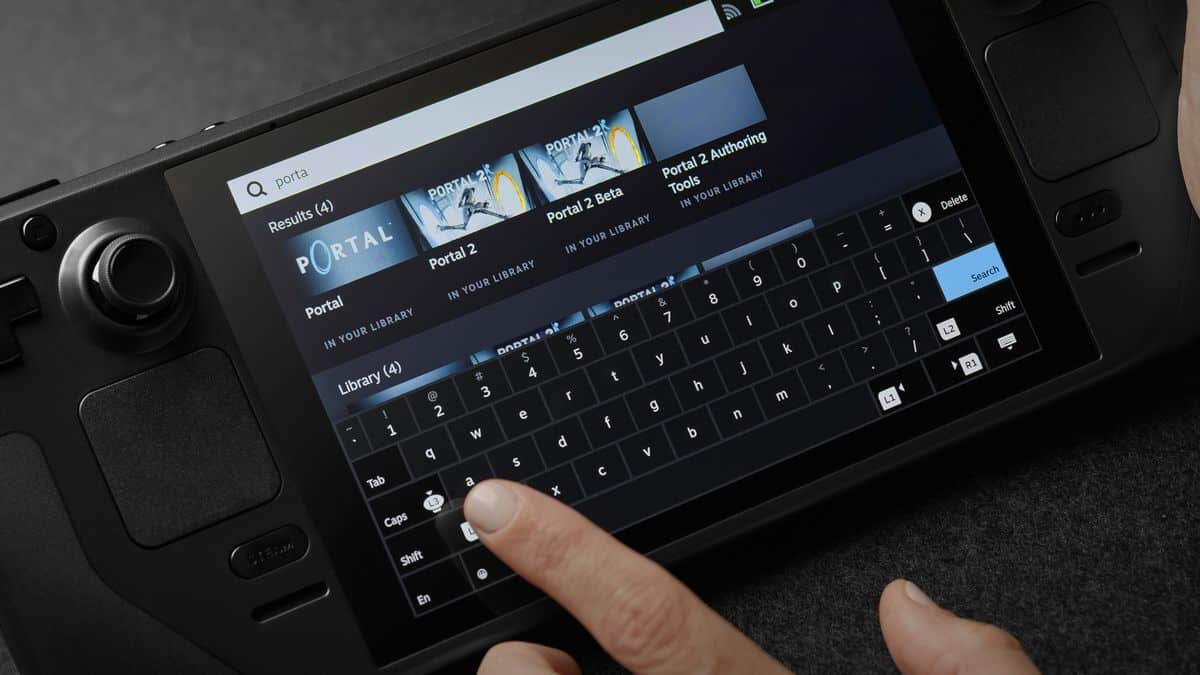 Before the Nintendo fanboys try to steal the narrative, the Steam Deck does not rip off the Nintendo Switch. Innovation is innovation, whether Nintendo was “first” to the idea or not. At the end of the day, however, Value doesn’t come close to striking down the Switch’s overwhelming success and placement in American households. The success of any Nintendo product is tied to its first-party titles and works by closely associated studios. This is true in Nintendo’s case more so than Microsoft or Sony. The void that was to be filled by Switch gaming was a desire to bring console gaming on the go without a major loss to graphic quality and a mirror experience. After 4 years, the console shows no sign of dying down.

What Valve’s all-new Steam Deck offers is a full PC gaming experiences, through SteamOS, without cause for concern over graphics quality. Yes it is true that the Nintendo Switch does not have a lot of the games that the PS5 and Xbox do, both due to audience and lack of processing power. In the end the Steam Deck will hurt Sony and Microsoft more, as the hardcore gamer PS5 and Xbox market is filled with both hardcore gamers and hybrid-PC gamers who have been yearning their who lives to take their gaming on the go.

The new Steam Deck will be carrying all the games hardcore gamers are after. It is hard to imagine someone sparking, or loosing, interest in the Steam Deck because they are looking for an improvement on titles available on the Switch. Valve’s market consist of hardcore gamers, and they’ve been pulling from the Sony/Microsoft audience for the past decade in significant droves. The Steam Deck may start a revolution in full capability mobile gaming in a way the Nintendo Switch cannot, but it won’t be the end. Nintendo has plenty of life left in the Switch, recently announcing the Switch OLED model. With Sony and Microsoft just releasing their newest generations of consoles, battling for relevance in the growing age of PC gaming, the idea will no longer be how to catch up. With a HD LCD portable handheld with great ergonomics that isn’t simply capable of playing the same titles but at a high performance, the question may be why get a standalone console?

In the way that the Nintendo Switch revolutionized bringing games on the road, and even multiplayer format with its dual-orientation JoyCon controllers, the Steam Deck can be hooked up to a monitor for a desktop experience or a full television set for a PC-quality experience on a television. As a gamer with a Nintendo Switch who is, or was, yet to decide on either a PS5 or the new Xbox my interest hasn’t shifted at all from my Switch but rather towards considering buying the 512GB model. In my eyes its paying a slightly higher premium on a standard console but with more flexibility. The idea of PC/console-grade gaming on the go was a fantasy back when I was a child. It was one of those Jetsons-like futuristic ideas that seemed either impossible or far off into the feature. Now that dream is a reality and it may cost Sony or Microsoft my business.