Season One Review: The Boys

If youâ€™re thinking The Boys is just another superhero show, think again. The Boys is edgy, sarcastic, and downright fun. It is also extremely current in our climate, especially in the US. So what exactly is The Boys? Think of it like this: what if superheroes abused their powers? What if superheroes werenâ€™t good people? What if the superheroes that we worship believe that we are scum, subpar, or donâ€™t matter? The Boys explores this conundrum and so much more.Â

Amazon Prime premiered all 8 episodes of the first season of The Boys, much to binge watchersâ€™ delights. The 8 episodes were fast paced and yet felt well timed between the action, violence, and dark humor. The trailers werenâ€™t lying when giving the Hard R rating.Â

Who are the players in The Boys? On the superhero side, you have The Seven. The Seven are the biggest and baddest of the superheroes. They are like gods to their fans. Becoming part of The Seven is every superheroâ€™s dream. And heading up The Seven is The Boys version of Superman, Homelander. Homelander is seen in public as being pure, honest, and good through and through. Homelander is all powerful and essentially indestructible. Now imagine that you have a superhero with Supermanâ€™s powers but none of his integrity. Homelander is a grade A douchebag. The only reason that the public obsesses over him is because of Vought.Â

Vought is the organization in charge of superheroes. They develop narratives and marketing strategies for their heroes. They even produce movies where the superheroes play themselves, which only makes them appear more amazing and more untouchable. The rest of The Seven is comprised of superheroes not unlike DCâ€™s Justice League, with Homelander as the most powerful of them all.Â 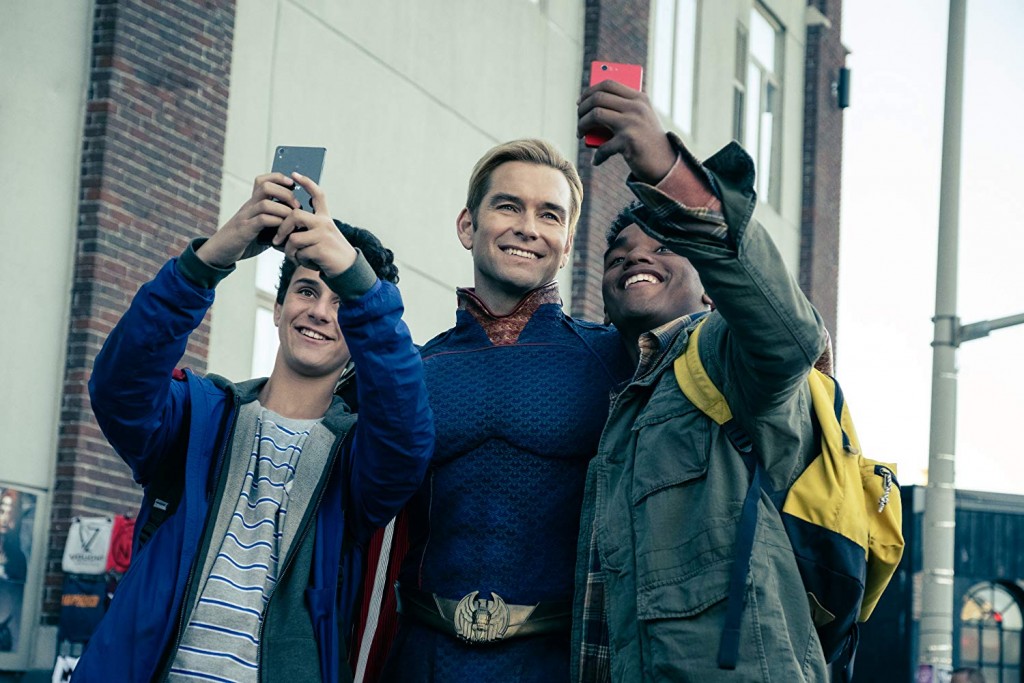 The Boys, on the other hand, are outlaws looking to strike heroes down when they get out of line. In this world, superheroes have a tendency to create collateral damage. At one point, thereâ€™s a support group for people who have been affected by superheroes. Our two main characters, Butcher and Hughie, have both been affected by superhero negligence, losing loved ones. They set out to make superheroes pay; although, Iâ€™m not sure if they had any idea what they would eventually uncover.

What The Boys does well is take this crazy world and make it believable. They put in workplace sexual harassment, based off of the Me Too movement. The Boys also gives an idea of what it would be like to be these superheroes, their every move planned out by Vought, who essentially own them. For some of the heroes, this causes them to rebel, some in ways that make you want to cheer, others in ways so evil that Vought will no longer be able to control them.Â

Time for the Spoilers for Season One

By now, weâ€™ve realized that superheroes arenâ€™t all theyâ€™re cracked up to be. Naturally, government contractor, Vought is responsible for creating superheroes, using their drug, Compound V. Every superhero that we know of was created using this compound. Parents consented to allowing their children to be injected, in the hopes that they would one day become a superhero.Â 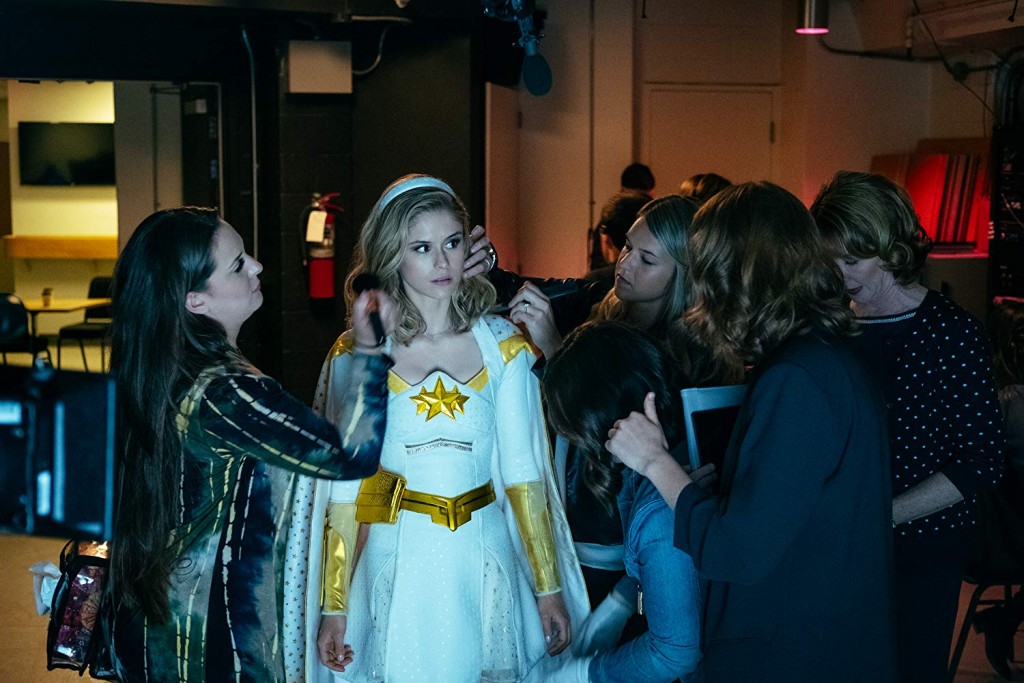 So much happens in just eight episodes that itâ€™s difficult to pinpoint every piece of discussion. Letâ€™s start at the beginning with the obvious sexual assault on Starlight. Once Starlight joins The Seven (aka superhero royalty), she is propositioned by The Deep who claims that if she doesnâ€™t go through with this tryst, she wonâ€™t be part of The Seven. While this isnâ€™t a new thing in many industries, especially where fame is a factor, what this show did was use the Me Too movement to guide the story. After the assault, Starlight decided that she wasnâ€™t going to back down. She made it clear to The Deep that she would never forget what he did to her. Eventually she makes a speech about the assault causing Vought to take immediate action. The Deep is sent away and shamed for his inappropriate actions. It was also important how they portrayed The Deep in this situation. He isnâ€™t necessarily a bad guy, but his behavior is still inexcusable. His power led him to believe that he could take whatever he wanted; then when it backfired, he had to face the consequences.Â

Next letâ€™s look at Billy Butcher and Hughie Campbell. Both men were affected by superheroes taking away their loved ones. Hughie witnessed A Train obliterating his girlfriend because he just couldnâ€™t stop in time and ran straight through her. When Vought wanted to offer him money for his silence, Hughie finds himself in a predicament. Heâ€™s not ready to sign on the dotted line because then A Train will never be brought to justice for his crime. Thatâ€™s where Butcher comes in. Butcher works outside the law to bring vengeance against superheroes when they step out of line.Â

Butcher lost his wife, Becca, at the hands of a superhero. His wife was sexually assaulted by Homelander, and just days later she disappeared forever. Eight years have passed, and she is presumed dead, either by Homelander or by her own hands. By the end of the show, we find out the real truth of the matter. I always assumed that she was alive, but I wasnâ€™t sure why she wouldnâ€™t at least bring Butcher along with her. She had to go alone because after the alleged assault, Becca was pregnant with Homelanderâ€™s child, a first for Vought. They were able to deliver the baby safely and took her to a safe house. As the season moves along, it becomes more and more clear how inhuman Homelander is. To know that he could have such a negative impact on a child is terrifying, which is probably why they never told him.Â 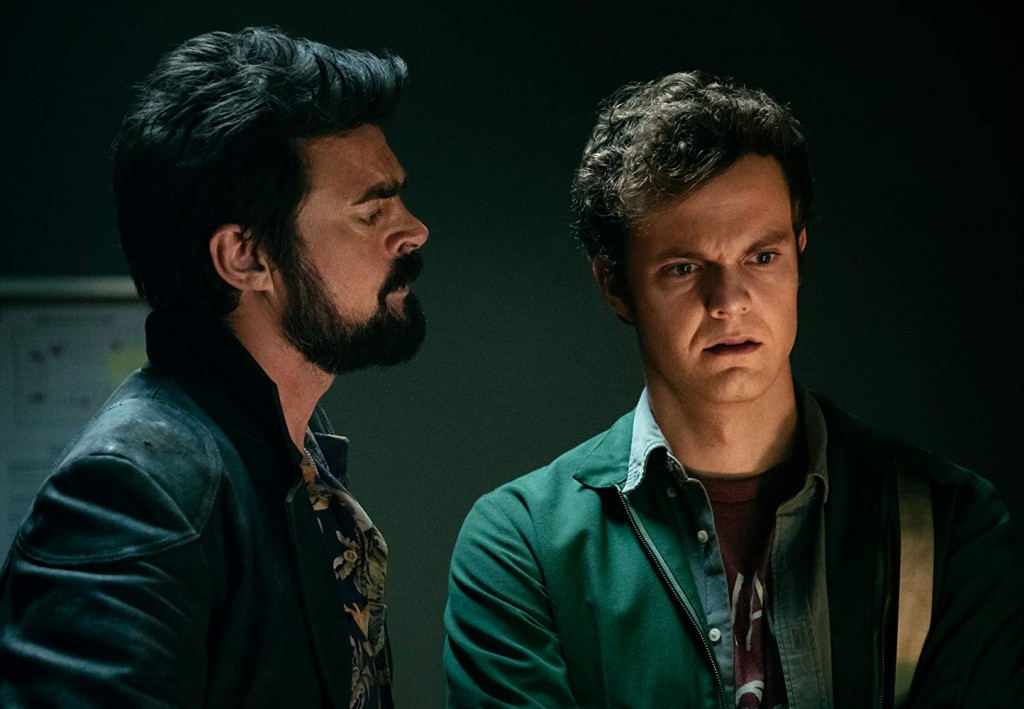 One of the most heartbreaking moments of the season was when Homelander and Queen Maeve go to save a plane from hijackers. They successfully eliminate the hijackers, but Homelander isnâ€™t very careful with his laser vision. The pilots are dead, and the controls are completely fried. Homelander doesnâ€™t take another moment to think. He sees that heâ€™s out of options and is ready to leave the plane behind. He tried, after all. Queen Maeve is having a much harder time with letting all of these people die. She even tries to save a few of them, but Homelander canâ€™t have any witnesses. This is one of those scenes where you realize that this isnâ€™t your average superhero show. The heroes donâ€™t always save the day, and sometimes they donâ€™t even care.Â

Throughout the show, Vought is trying to get their superheroes to be allowed to fight in the military. While the heroes are very mighty and beloved, they are hardly soldiers. Their crime fighting is choreographed and assigned. Their social media accounts are run by Vought employees who have never even met them. The military doesnâ€™t want any part in superheroes, until they find themselves faced with supervillains, or super terrorists in this case. But how did these terrorists become super? Homelander took that into his own hands too. He knew that the military would never accept them, unless they had a need for superheroes. If there are super terrorists, then itâ€™s only logical to bring along heroes to fight back. This type of manipulation is all that Homelander knows, as he grew up in a lab environment.

The Boys left us on a bunch of cliffhangers. The CIA got involved to take down Vought after learning about Compound V. But now that the super drug is in the hands of terrorists, how will the military take charge? Butcher and Homelander end up at Beccaâ€™s new home with Homelanderâ€™s child. How will this all get resolved? Also, was the alleged assault actually an assault, or were their relations consensual? Butcher always assumed it was an assault, but we donâ€™t really know for sure. Whatâ€™s next for Vought and The Boys? The Seven was down to 5 members in New York, and Starlight went against the rest of them to rescue Hughie, so whatâ€™s next for her and The Seven?Â