Scorpion has officially just given us the craziest case ever if you ask me. Walter is launched into space with quite literally no way out. As previews promised, Walter is hallucinating being with Paige while his oxygen is being depleted. Cue some awkward situations on this case.

Elia comes back to see Team Scorpion and is willing to pay big money for help on his rocket. When Walter open sourced his throttle design for his rocket, Elia used his specifications to adapt it to his own full size rocket. When Eliaâ€™s engineers adapted the design, they encountered some problems. Itâ€™s time to call in Team Scorpion. They head to the site where Walter and Happy find the problem. They start to fix it, but a storm is approaching fast. Since the rocket is essentially a giant lightning rod, the rocket gets struck by lightning with Walter inside launching the rocket into space. 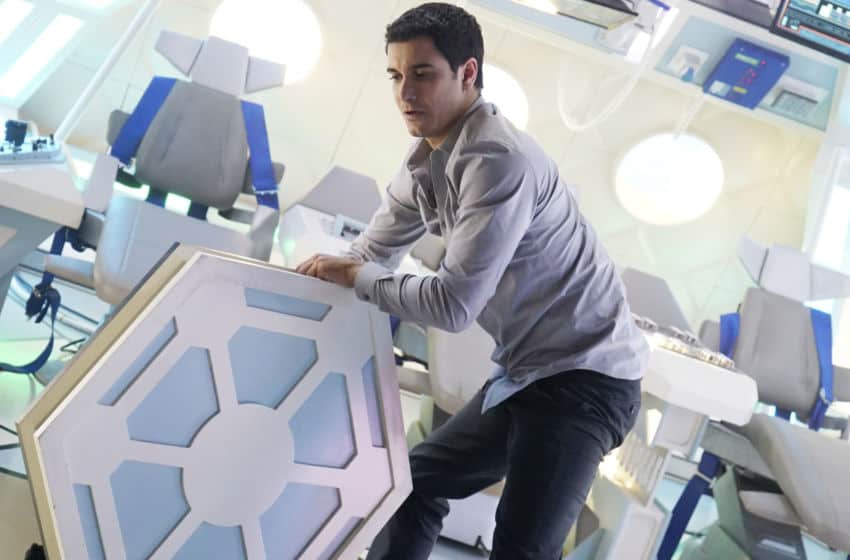 Of course, the lightning causes a lot of problems. The first of the problems is that the parachute has malfunctioned, so thereâ€™s no way to safely land the spacecraft. The second problem is that the oxygen is depleting inside the hatch which means that Walter has about half an hour before he dies. The third problem is that Walter is now having full blown hallucinations and wonâ€™t listen to anyone from the team. He believes that Paige is in the hatch with him, and they are sharing an intimate moment. Walter imagines her in an evening gown, and she tells him about her dress. He responds, â€œShould be called a galaxy because it contains a heavenly body.â€ I think Walter just might be getting better at this flirting thing. Or maybe not, but at least it was humorous.

The only way to get Walter to do as heâ€™s told is to have Paige speak directly to him. Since he assumes that Paige is in the hatch with him, he will actually acknowledge her voice. The smartest thing that Paige does is to ask everyone else to leave while she talks to Walter. I think she knows that he would be completely humiliated if everyone heard anymore of his confessions. 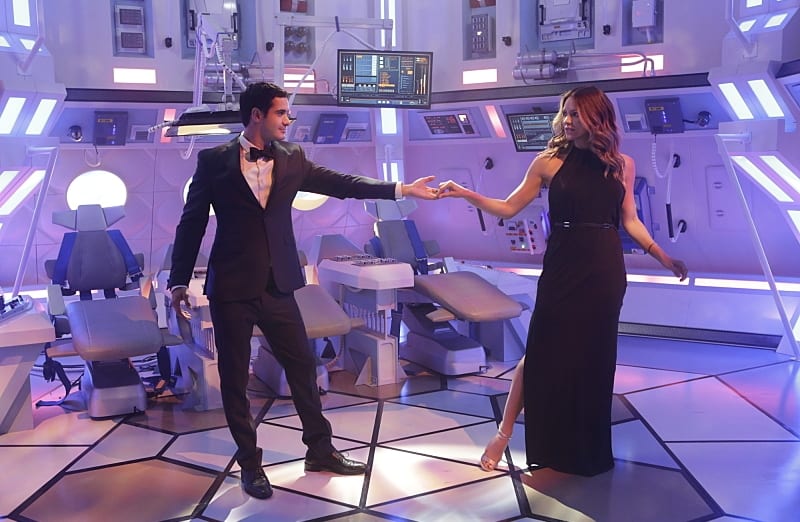 Walter tells Paige that he is confused because she picked Tim. â€œI always thought that eventually youâ€™d want to be with me. Thatâ€™s why it hurts because I love you.â€ Paige tells him that she loves him, and they can be together if he will just get himself home. Thankfully, this helped Walter to pull the lever to open the hatch and freefall him into the atmosphere. Cabe is supposed to catch him but misses. The teamâ€™s last ditch effort to save his life is to soften the water that heâ€™s about to crash into by causing an explosion from a missile. Since itâ€™s Team Scorpion, everything worked out in the end.

I donâ€™t think this case affected anyone more than Paige. She had to say things that she claims arenâ€™t true in order to save Walterâ€™s life. Iâ€™m convinced that she does love Walter at least in some way, but at this point, itâ€™s not in the way that he wants. She finally got to hear him confess his love to her, and it was really tough for her. Sheâ€™s finally comfortable in her relationship with Tim, so this is hitting hard.

When Walter is home and resting, Paige continues to probe to see how much he remembers. Walter doesnâ€™t remember any of the time that he was hallucinating, which means that he doesnâ€™t remember confessing his love to Paige again or her responding in kind. I havenâ€™t decided yet whether or not I think Walter is telling the truth. Does he really not remember anything, or is it too painful for him to let Paige know that he does remember?