Supergirl is having the time of her life with her cousin, Superman. Of course, Jâ€™onn is still having trouble being nice to Superman. Meanwhile, Cadmus reveals themselves to the world in hopes that they will alienate the Kryptonians (pun intended).

Cadmus is rearing its ugly head this episode. One of their scientists, the mysterious woman who appears to be in charge of these experiments, is creating weapons out of men designed to kill Kryptonians. She revived John Corben with a chest full of Kryptonite, turning him into Metallo. She sends him out to defeat Superman and Supergirl. Of course, they show up not expecting him to be able to shoot Kryptonite at them. Thankfully, he only slightly injures them before Superman threw him far away.

The Cadmus scientist knows that they need to go to phase two. It turns out that phase two is adding another Metallo to the mix. Now there are two Metallos to terrorize our Super friends. Our original Metallo, Corben, stays in National City, while the second Metallo heads to Metropolis. Superman and Supergirl realize that they need help from the DEO to defeat both Metallos. Martian Manhunter goes with Superman, and Alex wears her suit to fight with Supergirl. The two Metallos are defeated after some pretty great fight scenes. Kara has officially declared war on Cadmus. 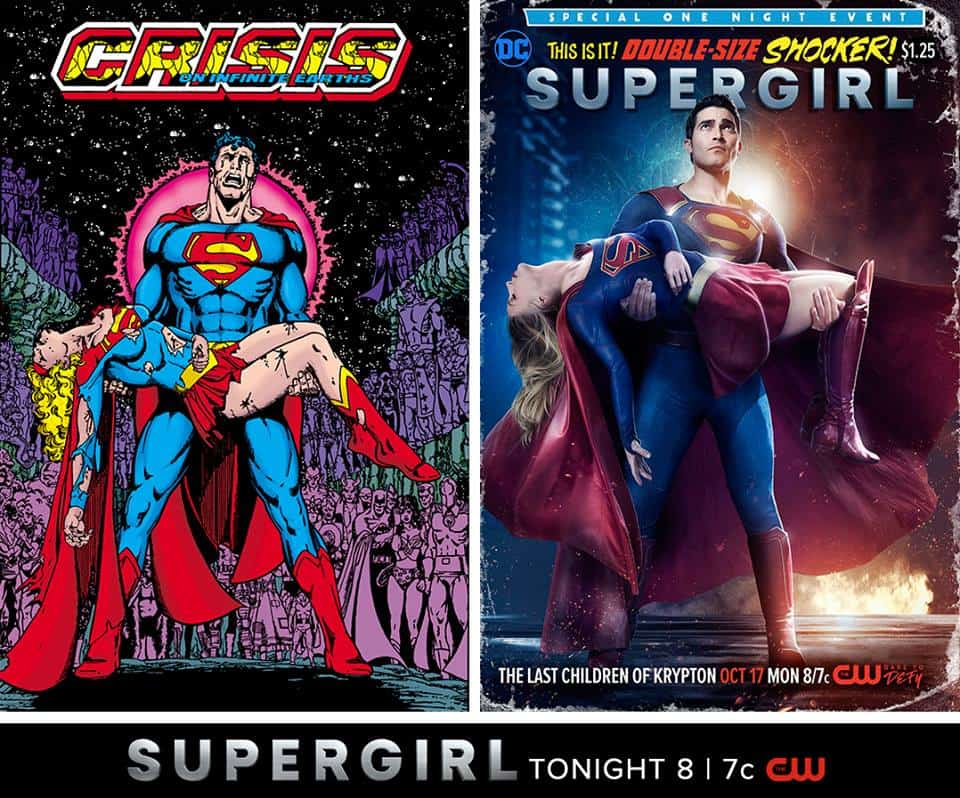 Speaking of Cadmus, Alex is still working on trying to find her father, Jeremiah, who is supposedly in the hands of Cadmus. Alex had a tough time this week while watching Karaâ€™s interactions with Clark. Karaâ€™s so happy to have someone from Krypton that she starts to take advantage of her relationship with Alex. Alex feels underappreciated, but Winn brings her back down to Earth. Kara realizes how much her sister has given up to always be there for her, and all is well again.

Jâ€™onn decided that Superman may be right; Kryptonite is deadly in the wrong hands. After the snafu with a mole inside of the DEO, Jâ€™onn turns over all of the Kryptonite to Superman. Is he taking it to the Fortress of Solitude? It was cool to get to see the Fortress this episode, and it looked great. I wonder if Kara will ever get to go there.

I was the last to want Superman to come to Supergirl. I was so excited to finally have a female led superhero show that I was afraid Superman would mess that up. Well, the showrunners proved me wrong. I then became the first one cheering when Superman came on our screens. Now, just as Iâ€™m ready for more, they rip him away from us! Superman is going back to Metropolis. It seems right, but please oh please bring him back. Hopefully, he can join in some team upsâ€¦ crossover anyone?

Kara is unnerved knowing that everything is changing. Not only is Clark going back to Metropolis, but Cat is leaving as well. Cat is taking a leave of absence because she says that she has done all that she can do at CatCo. When Kara says she canâ€™t imagine being at CatCo without her, Cat lets her know, â€œYou will rise to the occasion.â€ Cat claims that she will come back, and I sincerely hope she does. Seriously showrunners, what are you trying to do to me? Cat is easily one of my favorite characters, and I canâ€™t imagine the show without her. Iâ€™m hopeful that she wonâ€™t be gone too long.

The final big change for Kara is her career. Now that she decided to be a reporter, she has a new boss. Enter Snapper Carr. She is so excited to be working with him, but he couldnâ€™t care less. Snapper Carr claims that Kara didnâ€™t earn her job, and he doesnâ€™t want her. After complaining to Cat a few times, she realizes that she needs to stand up for herself. She finally lets Snapper know that she doesnâ€™t need him to like her. He tells her to come back tomorrow, and maybe he can teach her something.

Atomic | Legends of Tomorrow â€œ Out of Timeâ€ Review

Atomic | Legends of Tomorrow â€œ Out of Timeâ€ Review