Deep Dive Into The Next Guilty Gear

Arc System Works giving us a deeper look into the latest Guilty Gear with some new gameplay videos. Arc System Works has also revealed veterans Chipp Zanuff and Potemkin joining the cast. Below you can checkout the reveal trailer for both Chipp and Potemkin each coming back exactly how you remember them with enhancements.

While you pull your jaw up from the gorgeous animation and style we have some more footage on Guilty Gear which can be seen below, this time its a full gameplay demo of all the announced characters and new gameplay mechanics. Most notably Arc System Works is trying to make this Guilty Gear the most accessible Guilty Gear ever.

Characters are split up into 4 different classes: Balance, Speed, Power, and Tricky. When selecting your character you can see character stats and see how they rank up in usability. Here’s a look at the character select screen, which does a very good job at showing you information on play styles. It has already been stated by Arc System Works that this will not be the final character select screen but it will keep the same info. 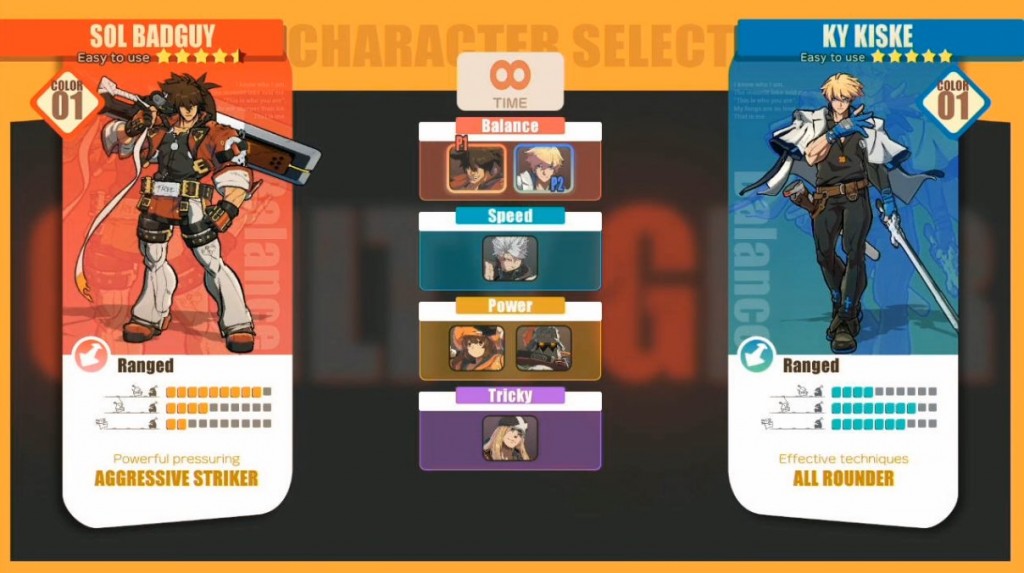 One thing you’re going to notice in the gameplay demo, now you’re able to send your opponents through the arenas and use it as an advantage. Now without further ado here is Guilty Gear down to the new mechanics and changes being shown by the developers.