Square-EnixÂ first releasedÂ Final Fantasy XV: Pocket Edition (PE) earlier this year in February on mobile devicesâ€”the Switch version of the game comes to us in HD and the versatility of the console allows for a very unique experience not found anywhere else. At times PE suffers from technical issues, but it still delivers and looks charming enough to make the switch version of the game feel the most niche on Nintendoâ€™s console.

The game is inspired and is entirely based on the meatier, open world version of Final Fantasy XV (FFXV) which originally came out for the PS4/XboxOne and took about 50 plus hours to complete. Pocket Edition HD tells the story of Noctis and friends in a more linear compact way from the original, and to be honest it executes telling the story more meaningfully than before. The story takes place in the massive world of Eos, where Noctis, accompanied by his childhood friends, (Ignis, Prompto, Gladiolus) are in route to his bride to be Lunafreya. Turmoil quickly hits when the four companions hear of the death of King Regis, Noctisâ€™ father, by the hand of the Imperial Empire. It is then up to the four friends to save Eos from the crutches of the Empire and reclaim the fallen throne of Insomnia.

What PE HD does very well is tell the story of FF XV with the dismissal of exploring the open world, while eliminating a lot of the sub stories. One of the biggest gripes with the original FFXV was itâ€™s inconsistent pacing, and at times the lack of a vibrant enough world worth exploring. PE cuts those ends nicely enough where it made it easy to engage and understand the once convoluted story of FFXV. Rather than explore an open world, players travel condensed areas, reminiscent to the ones found in the game Sword of Mana.

The game always points you in the right direction, alleviating the need for sidetracking sub-quest, which the original game had trouble making worth doing. Aside from the cut down story, PE HD recreates the more graphically sophisticated original game by going with a more cute-like-chibi art style. The new art style isnâ€™t a graphical power house in comparison to the original game, but it does add a new element of charm that gives the game its own identity. What I appreciated most about my time with PE was that it never felt overwhelming or boring when playing it but the experience wasnâ€™t as smooth as it couldâ€™ve been and the gameplay did become redundant. 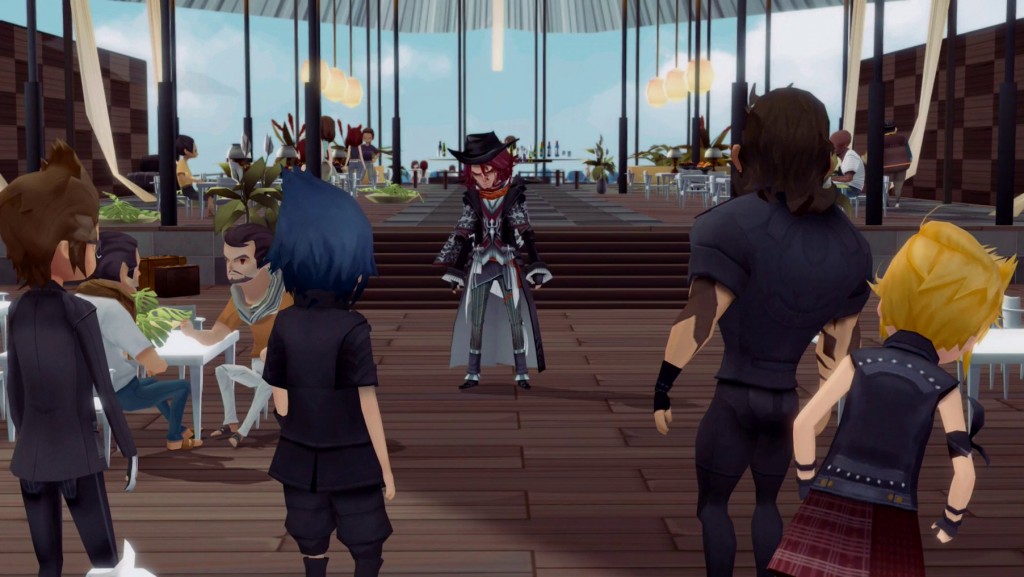 PE HD runs at a resolution of 1080p when docked or undocked. The frame rate is set to 30 FPS, but it does suffer from small occasions of stutter and frame rate dipsâ€”nothing I would consider immersion breaking for players, yet it would be nice to have that cleaned up in a future patch. The game also faces some input lag, an example of this is often times when trying to break open an item box, the attack button doesnâ€™t act responsive the way it should. I either had to press the button multiple times or wait a couple of seconds before reacting. The input lag issue is also prevalent when battling. Rotating through weapons should be more fluid and casting special attacks by holding a trigger button and face button doesnâ€™t always respond on cue. One of biggest missed opportunities with the Switch version of PE HD is the absences of touch screen controls. PE was primarily built to be played on mobile devices using touch controls, but I found it very odd that the game didnâ€™t incorporate it, given that the Switch does have touch screen functionality.

The gameplay is simple, maybe too simple.

When I first got my hands on the game I instantly enjoyed the layout and simplicity of how the game coordinated leveling up, driving the Regalia, and battling. Leveling up in PE is done by finishing battles through segments of each chapter. The player racks up experience points which is later graded out on a report card after the segment is completed. This system differs from the original game where players instead had to go to a campsite and rest. Obtaining new skills on the skill tree is straight forward and does add a layer of proficiency to the latter part of the game.

Driving in the Regalia (the royal family convertible) is cool, but the game doesnâ€™t necessarily give you full control of the vehicle. Like the original game it gives you semi autonomy when going left or right. The driving portions of the game are small fragments in relation to the original game. The rides are not as long when going from point â€œAâ€ to â€œBâ€ and the small banter between Noctis, Ignis, Prompto, and Gladiolus are still enjoyable to hear when cruising. 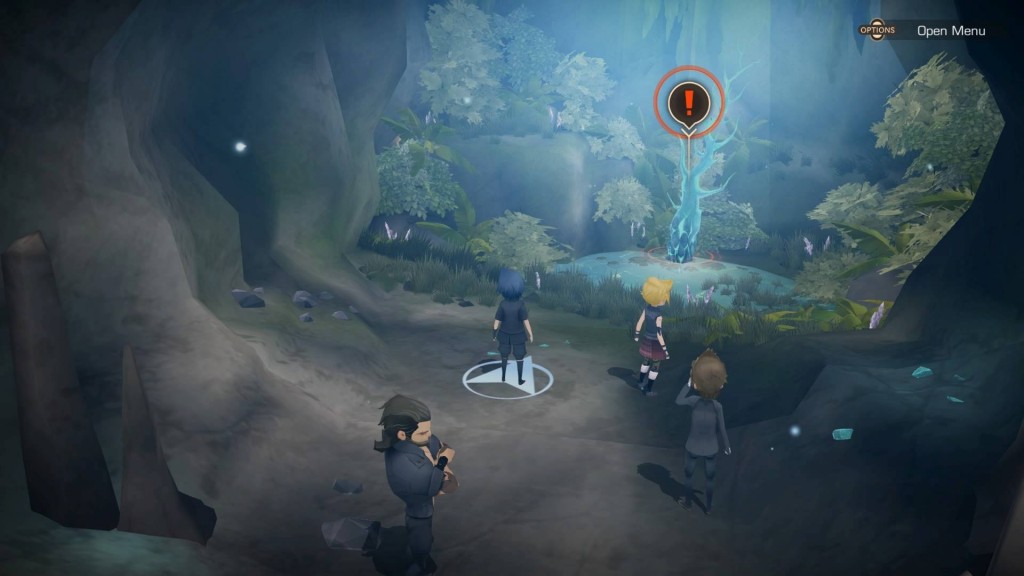 Battling in PE HD follows the same premise as the original game but without some of the technicalities and depth. Players still hold the attack button to attack, evading still requires timing, and getting assistance from your allies with the press of a button still works relatively the same. As I progressed through the story I was beginning to realize that the game wasnâ€™t presenting an adequate challenge. In fact, it wasnâ€™t until chapter four where I was forced to use a potion for the first time. The AI didnâ€™t create any sense of urgency in me to want to change up my playing style and strategy was almost nonexistent for a majority of the time I went through the game. As mentioned before, the input lag also didnâ€™t help with the experience, highlighting the flaw further with the redundancy found when battling foes.

Overall I enjoyed what PE did for the FFXV franchise and how it retold the story I once found troubling and complicated to follow. The art style kept me compelled enough to want to finish the game until completion and it charmed me enough to want another Final Fantasy game done the same way on Switch. Furthermore, being able to play on the go and on the TV remains a marvelous feat for the Switch console. However, the minimal challenge that was presented made the gameplay repetitiveâ€”I wish there was a higher difficulty setting so that strategy felt impactful. The game didnâ€™t run as smoothly as I wouldâ€™ve liked it to be, and the lack of no touch controls are jarring to say the least. On a brighter note, a lot of my concerns can be ironed out with the additions of future patches and the game can benefit substantially with the fixes. That being said, PE HD does have enough reasons, whether it be the first or second time, to visit the world of Eos and find that there is substance.

Final Fantasy VII opened my eyes and I never looked back. I love writing about games I (maybe) like and Iâ€™m as simple as that.