Five Thoughts on My First Five Hours With Titan Quest

Titan Quest is always one of the titles that has a tightly knit, vocal group of gamers. It is one of those game you just have to play, and is always mentioned when people discuss dungeon-crawling Diablo-like games. Admittedly, I missed the boat on many (see all) highly-lauded PC games from the early â€˜00s, but the opportunity to play Titan Quest on PS4 presented itself and here we are. A review is certain to follow, but here are five thoughts on the first five hours from Titan Quest.

There are too few games set in the pre-roman ancient world, and the game absolutely capitalizes on its interesting set of locales. Battling and looting through old roman graveyards and tomb-ridden caves is equal parts interesting and exciting. The monsters bring these locations to life to provide just enough reason to continue exploring the well-thought-out world. Iâ€™ve not progressed too far through the story five hours in, but the map layout has been varied enough without becoming an inconceivable maze.

2. Performance leaves much to be desired.

As exciting as it can be to explore new areas of the ancient world, the performance leaves a lot to be desired. As someone who isnâ€™t too sensitive to frame drops or stutter, it is glaringly apparent here. The first hour or so wasnâ€™t too bad, but once specializing in a build with magic, the frame rate plummets at a momentâ€™s notice when casting spells. Itâ€™s so jarring that even if it only happens when the screen is filled with enemies, it still wouldnâ€™t be a passable offense. Thereâ€™s also a weird instance where the d-pad presses wouldnâ€™t respond, or were slow to do so. Since this is the quick bar for your spells and skills, it really pulls you out of the action. For a game based on quick decision making, this error looms large. 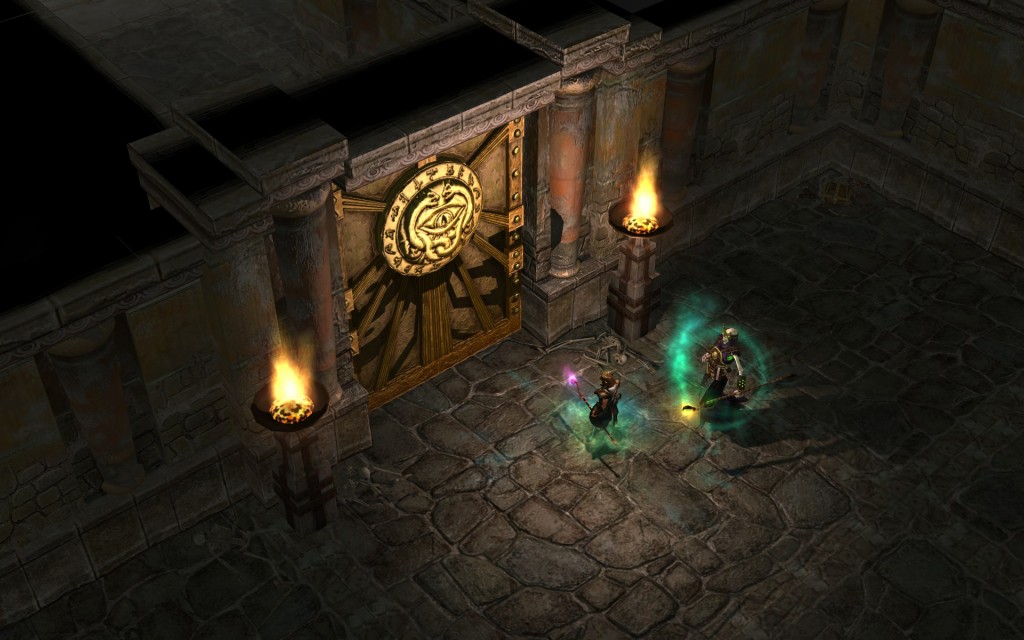 Porting a PC-centric game definitely has its challenges, but Blizzard has shown that it can be done exceedingly well with its masterful port of Diablo 3 from PC to console. As for this port, it is a tad clunky but is in no way unmanageable. Things do generally make sense, with your basic attacks on the face buttons and skills on the d-pad, but it commits the sin of not really telling you so that it is easily missed, not to mention how to even think about managing loot. Since this game is chock full of loot, attempting to compare or loot items can be a chore in itself, especially if you didnâ€™t see the hint (if it was there) to hold â€˜Xâ€™ on a pile of loot to bring up a sorting menu before actually looting the items. What a godsend of a system! With that knowledge, things became that much easier; although, the abundance of useless loot still would bare its fangs. Admittedly, that has to do more with the genre than this game in particular.

As much as I dislike the current way open-world games spread lore via audio tapes, notebooks or similar collectible items, it is certainly better than the way it is done in Titan Quest. When talking with npcs, a dialog box appears that slowly (very slowly) scrolls through as they are talking. If you move away it stops, and there is no way to speed it up. Itâ€™s a shame because the lore does seem interesting, especially for the various side quests, but I canâ€™t be bothered to just sit and wait for the text to slowly scroll through potentially interesting lore. Speeding up the text, or simply placing all text in a dialog box seems like a more efficient way to spread the lore across Titan Quest.

As much annoyance as the framerate and overall performance can be, I do enjoy the deep set of potential class builds that the game has to offer. There are eight overall classes, of which you have the ability to choose two. From the usual weapon affair to varying degrees of magic, thereâ€™s pretty much any role for whatever you so choose. The customizations within each class also vary giving even greater depth to a specific build. Thus far, leveling comes at a pretty decent clip where just as I am about to get bored of current skills, I have the skill points to invest in more.

As a remaster from over 10 years ago, there is certainly fun to be had. Although it does indeed feel outdated, the world and class-build options showcase what could be for this game. Itâ€™s a shame, though, that the overall performance really bogs down what could have been. It does seem as if a a patch could fix a myriad of the issues that have arisen. Thus far, a little over five hours in, this port needed some more time on the cutting room floor. Redemption is certainly within reach, but with heavy-hitting games coming out for PS4 in the next couple of months, itâ€™s hard to recommend a $30 port that could have been much more.

Review CodeÂ was provided by the publisher for this piece.