Scorpion took us to Ireland and gave us some insight into Walterâ€™s childhood with â€œSly and the Family Stone.â€ The Scorpion team has been invited to see Megan Oâ€™Brienâ€™s town and celebrate Pattern Day, an old Irish tradition, in honor of Meganâ€™s memory. Meanwhile, Toby and Happy stay back at the garage and start thinking about their wedding.

Sly seems very nervous to be around Megan and Walterâ€™s family, and he works hard to memorize everyone from photos. Walter doesnâ€™t do a very good job giving Sly any tips, nor does he seem very excited about going home. When they arrive, Sly immediately hugs Mama and Papa Oâ€™Brien. Not only has Sly made an effort to reach out to Meganâ€™s family, but they all love him already. Walter, on the other hand, doesnâ€™t get the warmest welcome.

I think everyone can appreciate how both Sly and Walter feel when with the Oâ€™Brien clan. Walter feels like an outcast and always has. His family has never appreciated him, and they donâ€™t actually believe his intelligence. When Walter warns that the local lake will soon explode sending a deadly cloud of carbon dioxide into the air, no one believes him. They all remember when his calculations werenâ€™t quite right as a child, so they just laugh and shrug him off. The rest of the team knows better. 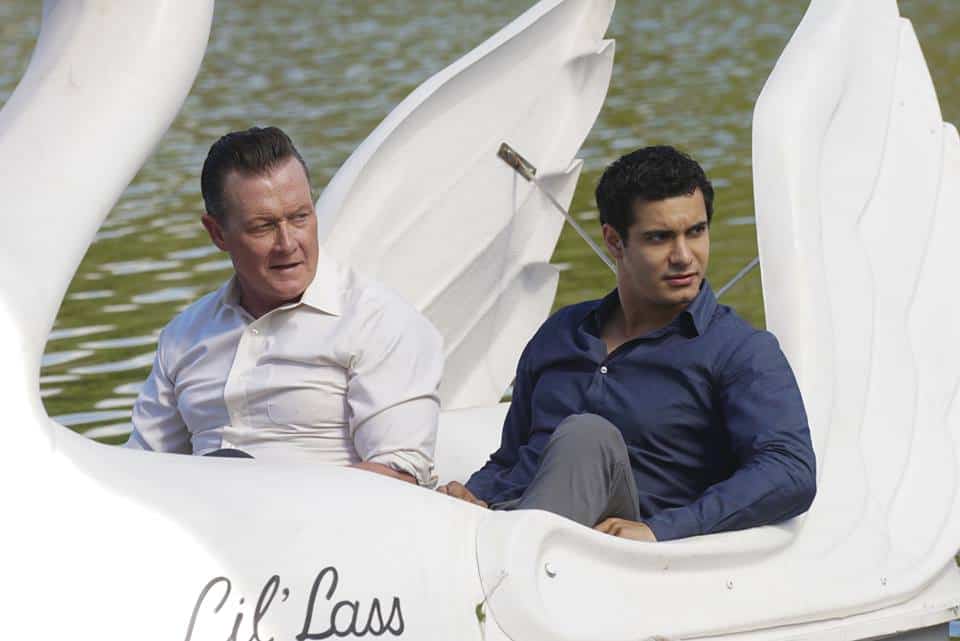 On the other hand, Sly is also an outsider. He married into the family, and they really only know Sly as Meganâ€™s American husband. Sly has worked very hard to fit in with their family, but Iâ€™m sure that canâ€™t be easy. Of course, Sly is so nice that they take to him quickly. This also puts Walter in a bad spot; now he looks like a bad son. But, thatâ€™s not Slyâ€™s fault; heâ€™s just trying to fit in. Itâ€™s a delicate balance. Thankfully, there are no hard feelings between Sly and Walter. They know that deep down the Scorpion team will always be a family no matter what.

To save the town from the deadly cloud of carbon dioxide gas, Tim and Walter need to work together. Everyone is getting fed up with Walter and Tim being at odds, and they work together to make them friends. Ralph asks Tim to help Walter with the bullies back in Ireland because it will make his mom happy. Toby asks Walter to help Tim with a fictitious Homeland Security test since it will make Paige happy. Tobyâ€™s theory is that if Walter can just see that Tim is a good guy, then he will realize that Paige made the logical choice to be with Tim. Then, maybe Walter can accept it and stop being so petty.

However, once the two realize that theyâ€™ve been duped all hell breaks loose. Tim continues to try to help, but Walter just keeps shooting down his ideas. Walter even tells Tim, â€œIf I need something heavy moved, youâ€™re our guy.â€ Tim is clearly hurt, but he knows how to move on when lives are at stake. In the end, the two put aside their differences to save the day. Maybe they will finally be able to appreciate one another after all. 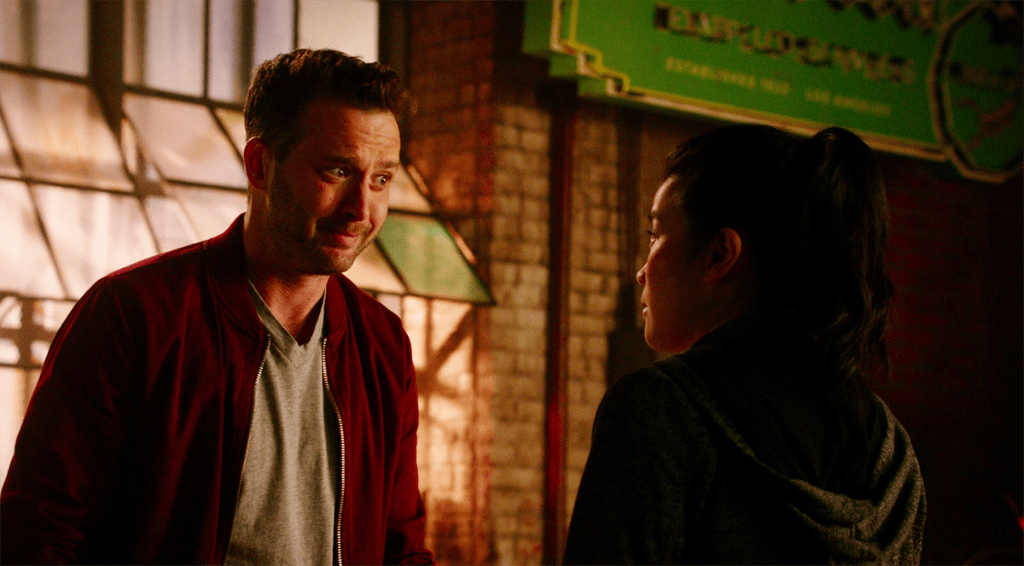 Back at the garage, Happy is finalizing her divorce from Walter, and then she and Toby can get married as soon as possible. Toby is excited, and Happy says that they can set a time at the courthouse later that day. Toby seems disappointed at just going to the courthouse, but he doesnâ€™t want to upset her. Eventually, Happy understands that Toby is dropping hints, and he reveals that he wants a huge wedding. He says that marrying a babe like Happy is the biggest accomplishment in his life. She realizes that he wants to show her off, and yet, sheâ€™s not really upset. I love that she understands Toby so well that sheâ€™s not offended by his wanting to show off his bride to be.

Even though itâ€™s not her style, Happy agrees to the big wedding after seeing Cabeâ€™s wedding photo album. Cabe told her about his big wedding and how it was the happiest day of his life. She figures that if a grouch like Cabe can be happy on his wedding day, then maybe she can be as well. Iâ€™m sure they can find a compromise that will make both of them comfortable on their wedding day. Iâ€™m just glad that we get a Scorpion wedding.

Dual Pixels Radio #20: Leave it to the Pros