The original Gravity Rush was one of the reasons to own a PS Vita. The tantalizing feeling of Kat effortlessly tumbling through the air was one of the few moments where Iâ€™ve been awestruck in gaming. Her gravity-defying (or bending if you prefer) movement mixed with a gorgeously crafted world provided for one of the more memorable experiences on the Vita; albeit, I admit that doesnâ€™t sound like itâ€™s saying too much. Having said that, the one thing missing was having the ability to see Kat traverse her world on a screen the size in which it deserved (sans the remaster of course which came much later), until now, that is.

Gravity Rush 2, without a doubt, appears to be more of the same, and that is said in the best way possible. The direct controls of Katâ€™s gravity altering abilities feel largely unchanged and the beautifully crafted world plucks at the strings of nostalgia from the original title. This does, at times, come with the same cumbersome camera angles that may be off-putting to new players to the franchise. The attacking abilities are thus enhanced and, presumably, come with a lot more depth with Katâ€™s two new styles Lunar and Jupiter, which are activated via a flick of the touch pad up and down, respectively. 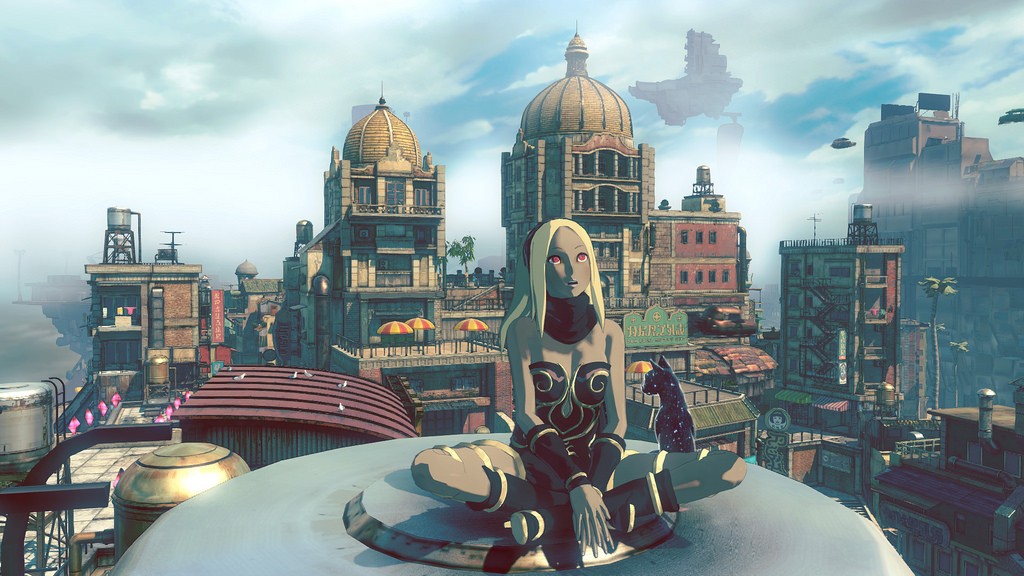 The Lunar style gives Kat, presumably, the abilities that she would have on Earthâ€™s Moon. She has the ability to leap much higher, and the Lunar style opens up the wormhole kick. An extension to the gameâ€™s current flying kick, the wormhole kick teleports you to the enemy and allows you to chain up to five consecutive aerial kicks. More fun, or devastating anyway, is the Jupiter style.

Kat takes on (a fraction of) the immense gravitational pull of Jupiter. Her movements become a tad slower, and she has the ability to power up moves by holding the attack button and deal devastating attacks. I would be lying if I said I didnâ€™t have a big grin on my face as she slammed to the ground taking out a handful of enemies.

The additional styles felt as if they did a great job of adding in that extra layer, while keeping things relatively straightforward. The demo, while being a bit short, further justifies the reasoning behind Sony greenlighting the sequel from a title that many didnâ€™t get to play due to its platform exclusivity.