Not many RPGs this day and age have unique stories that are actually good, a majority of them have you do meaninglessÂ objectivesÂ just to get a lackluster story. Masquerada: Songs and Shadows does things a bit differently on the story front in that its actually worth it. Masquerada starts off by telling the story of this world controlled by religion and government who have control over Mascherines. Mascherines are mask that give you enhanced abilities and lets the user wield magic of the 4 elements.You play as Cicero a man hired who is hired to perform a task involving one of the groups who keep these Mascherines sacred from free use since the Mascherines are held by the highest order.

Masquerada tries to tell a ambitious story but really falls short in how information is given out to you. A majority of the time you have to pick up page entries for you to read in menus. It becomes tedious later on, there’s just so many pages to pick up and a majority of them do link up to the main story. I would have preferred if some of those tidbits wereÂ delivered through NPC characters in the towns you visit since NPCs barely do anything in the background and are just filler just to make envoirments look lively.

It’s very disappointing as the story is pretty good, but if you to forget to read entries in the journal you will miss out on a lot of information. I also thought the handling of a gay character was well done, as a gay male myself i thought it was one of the better gay characters done in gaming. You canÂ tell alot of work has been put in to make the characters feel as human as possible and you do get a bit of everyone story one way or another. Your main party communicates alot during your journey in Masquerada, that really connects you to their story. 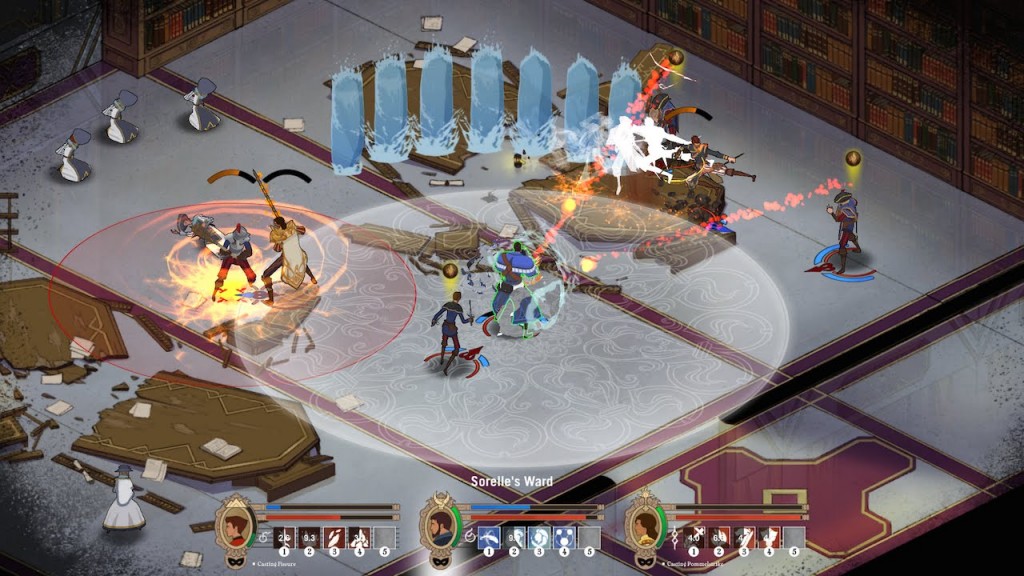 Towns people do have lines of text that pop up but you can never engage into talking with them or its never anything important. Which is why actually presenting the backstory about the towns and people through their eyes would have been very interesting and also keep you in game. That also runs into the fact of not being able to purchase any equipment or items in Masquerada, yes you can upgrade skills but even then, the things you can customize are very light. Masquerada is a isometric RPG where 2 other members join Cesiro in a battle, the combat system does its job but can definitely be better with the addition of adding weapons to buy and armor.

Fights generally end very quick or just aren’t as engaging as i would like. With the low amounts of skills and augments for your characters, you may find it repetitive later on. You can choose what other party members on your team can do with limited control but this creates a dilemma when your playing in harder difficulties since your in full control. Your stuck with having to switch characters and move them out of specific area based attacks to keep up with the action. 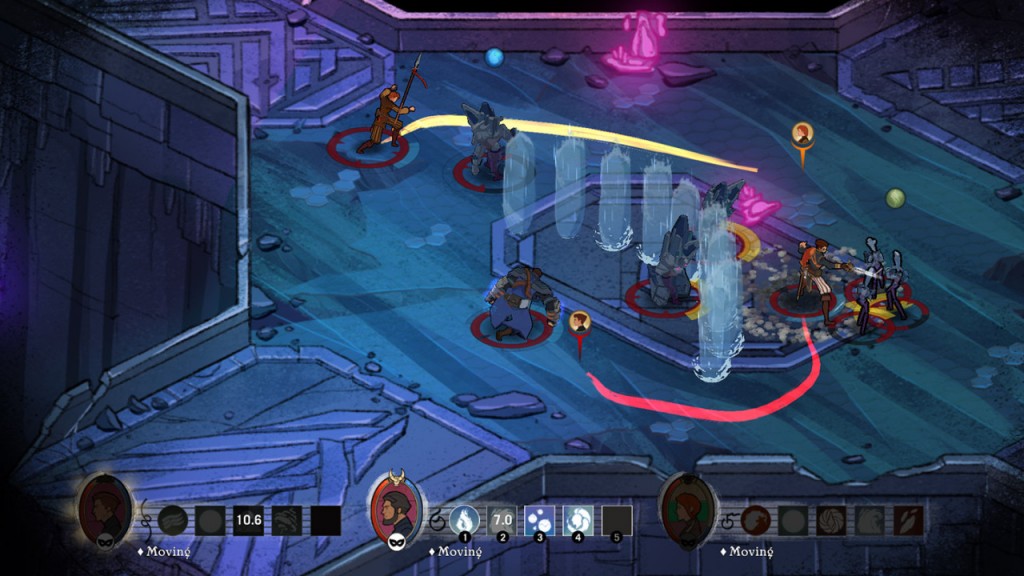 Masquerada: Songs and Shadows looks gorgeous and feels like a story book coming to life. Everything you see is done in great detail. MSS runs great throughout, i didn’t notice any sorts of slowdown or issues running. For those who don’t like the customization in scaling for the GUI your in luck,Â Masquerada has that available so everything can be visible.Â What Masquerada: Songs and Shadows does exceptionally well is the voice acting. It is on another level for a smaller title, during my play through i never cringed at anything that was being said everything was done tonally well. It actually got me more engaged i also liked that the characters dialog moves on by itself making it a seamless experience. Â While Masquerada voice acting is exceptional, i felt that a majority of the soundtrack falls short it was just there and not really memorable. Especially when your about to hit a serious moment, it just sounds very generic.

Overall Masquerada: Songs and Shadows is a goodÂ story filled RPG but the gameplay leaves a lot to be desired. Minor adjustments to the combat system would make Masquerada amazing as it already has a story and world that can hold its own. Many of itsÂ Â faults lie in the structure of the game. If your looking for a good short experience Masquerada: Songs and Shadows definitely does the job if you want a great story and some decent gameplay. I’m looking forward to what happens with Masquerada as i enjoyed the characters and the story with a little bit more polish, i can see great things happen for the series as a whole.

*A key was provided by the developers for review purposes.Â Masquerada: Songs and Shadows is available on Ps4, Xbox One, and PC