Insomniac Games has released a new Ratchet & Clank: Rift Apart trailer. The trailer showcases Rivet which is the mysterious Lombax who we have seen in the first Ratchet & Clank: Rift Apart trailer. Rivet is a Lombax resistance fighter from another dimension, in the trailer you get to see one of the brand new locations Nefarious City, with a gorgeous look into the world and extremely fast-changing environments. Check out the trailer & prepared to be stunned.

Ratchet & Clank: Rift Apart launches on June 11th exclusively on the PlayStation 5. Also revealed is the first look at the five armors you will receive for purchasing the Digital Deluxe Edition. You will receive The Imperial, Scavenger, Rebel, Hacker armor for Ratchet, for Rivet you will get the Rebel and Hacker armor along with some other goodies such as the Photo Mode Sticker Pack, 20 Raritanium, Digital Soundtrack, and Digital Artbook. 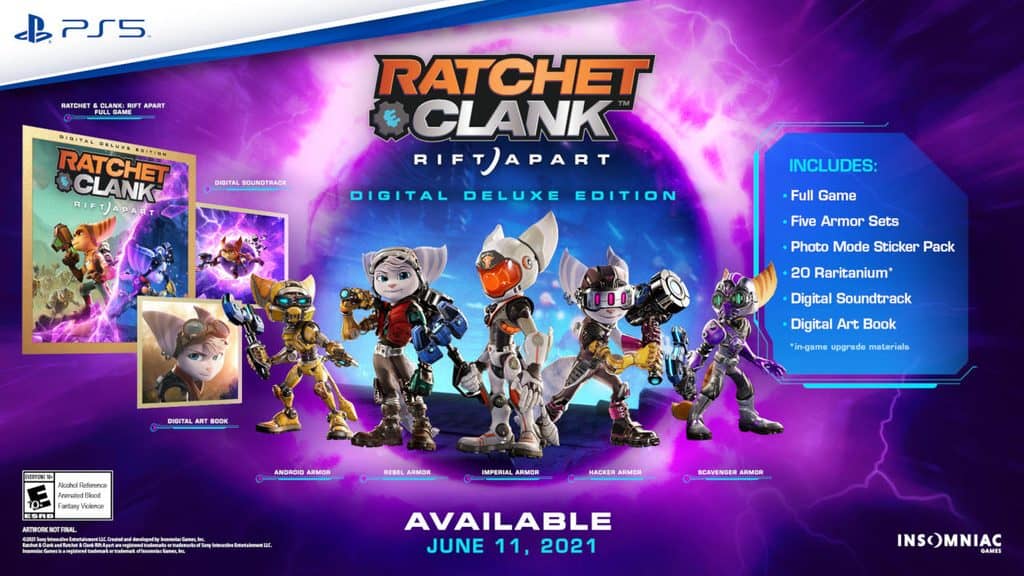