PM Studios and Acttil are getting ready to launch Musynx this summer on PlayStation 4, PS Vita, and the Nintendo Switch. The surprise being the PS Vita this time around which will get a digital release alongside the PlayStation 4 version. The Nintendo Switch version on the other hand will be getting a physical and digital release. The Nintendo Switch version will have a limited edition cover art which will be available to the first 5,000 people who purchase Musynx. Once those are gone the standard cover art will be their instead, check out the different cover art below. The limited edition cover art features chinese vocaloid Stardust, which her hit song “Twinkle Star” is featured in Musynx.

Cover art or not Musynx is looking to treat fans of rythm games bolstering a soundtrack of over 50 songs. With a wide range of genres including pop, classical, trance, and plenty more. Musynx is scheduled to launch June 19th. 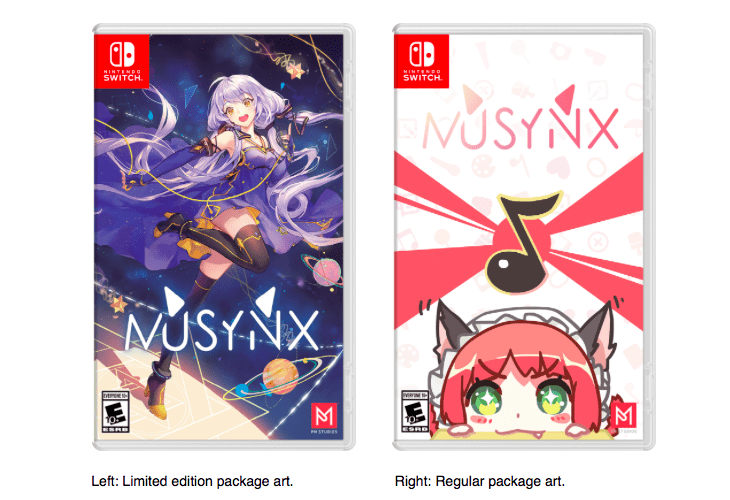 Unexplored: Unlocked Edition Heading to the Switch This Spring

Unexplored: Unlocked Edition Heading to the Switch This Spring