Lots of great multiplayer games have been on the rise thanks to digital stores and new ways to play. Whether they are big AAA titles or Indies,Â a majority of those titles don’t live up to the fun. Team 17 Digital Limited and Ghost Town Games’ Overcooked 2 brings all the fun with its classic, yet simplistic and challenging gameplay that will have you and your friends on their toes. Overcooked 2 doesn’t stray much from the original, but itâ€™s a bigger, better version of its predecessor. If you havenâ€™t played Overcooked, you should know that the game is based around cooking, preparing, and delivering food. Orders will show up on the top of your screen with the proper ingredients for you to gain points for every successful order that’s delivered.

That may sound easy, but each ingredient made needs to be properly prepared to get points for a proper order. For example, when you get a order for a salad with lettuce, tomatoes, and cucumbers, each ingredient has to be cut up and then plated to be served. The quicker you serve the food the more points you get. The game doesn’t make this a easy task as the orders at the top of your screen fill up quickly. You can decide to either do them in order, or take the risk to get multiple orders out at the same time in hopes of completing more orders under the specified time limit.Â 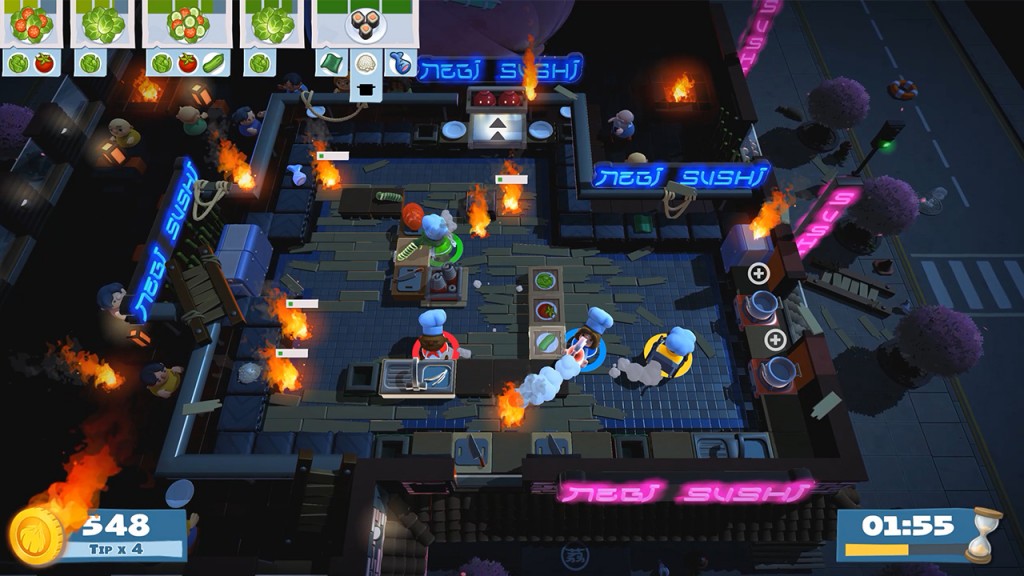 Overcooked 2 throws some curveballs along the way in the way each level is designed. Not only do you have to prepare all this food, but sometimes you have to prepare them while things are moving or even on a plane. So you have to get real strategic on how to get food over to another platform you canâ€™t reach. Now, add all this up with a group of friends and hilarity ensues. Itâ€™s the one game that puts pressure on everyone and it really feels like you’re playing a competitive game of jenga and you know every block counts. Overcooked 2 can also be played solo where you have to control 2 characters at the same time, and that can be quite difficult. But, for those who like a challenge, it can also be fun. The option to play solo is nice, but Overcooked 2 really shines with its multiplayer.Â

Overcooked 2 featuresÂ a story mode in which 4 players can join. The story mode focuses on how to stop the Un-bread who are trying to take over the world. Yes, the story is a bit cheesy, but the gameplay makes up for it; especially one the multiplayer side of things. As you progress through the story mode the levels do get more challenging and require strategy to complete with the highest rating. During your journey you travel to each level via an open map by controlling a food truck to travel across the map. If you complete a certain level with a high rating or find a hidden switch on the map, you can unlock even crazier challenges along the way. Those secrets make you want to play even more.

Overcooked 2 definitely runs much better and sounds better than the original. I had a very smooth time playing. The big feature in Overcooked 2 is that you finally have the ability to play online; unfortunately the servers were down at the time for this review. So, this review doesn’t doesn’t deal with the online portion. Online modes you can play are Arcade and Vs which you can pair up in teams to decide who is the better chef. Â You can also play those modes locally, which includes Story Mode. 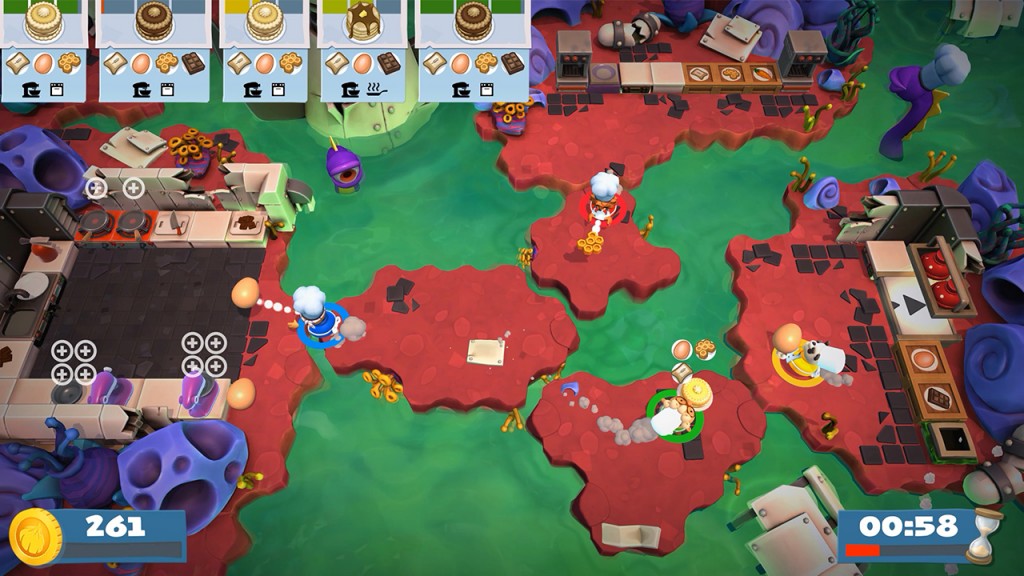 Â Overall, Overcooked 2 plays best when you have a group of people playing with you. Those who canâ€™t play locally can join online matches, but unfortunately we were unable to play Overcooked 2 online at the moment as the servers were down at the time of this review. If you’re in the need of a new multiplayer game and are new to the franchise, definitely give this one a try as it will provide hours of entertainment when played with your buddies. Those who have played the original will like the new updates including the levels and new recipes.
Overcooked 2 was reviewed on Playstation 4 and is also available on Nintendo Switch, PlayStation 4, Xbox One, and PC. A review code was provided by Team 17.