Lara must strive in the jungle to survive, using the jungle to her advantage players can camouflage themselves using mud and instilling fear into her foes. Shadows of the Tomb Raider will feature full underwater exploration filled with crevices and deep water tunneling systems. The tombs are also getting a upgrade in Shadows of The Tomb Raider in that they’re going to be much more advance to find and require advance traversal to discover the treasures inside. Square Enix has stated that this will have the biggest hub world yet of any Tomb Raider Title. 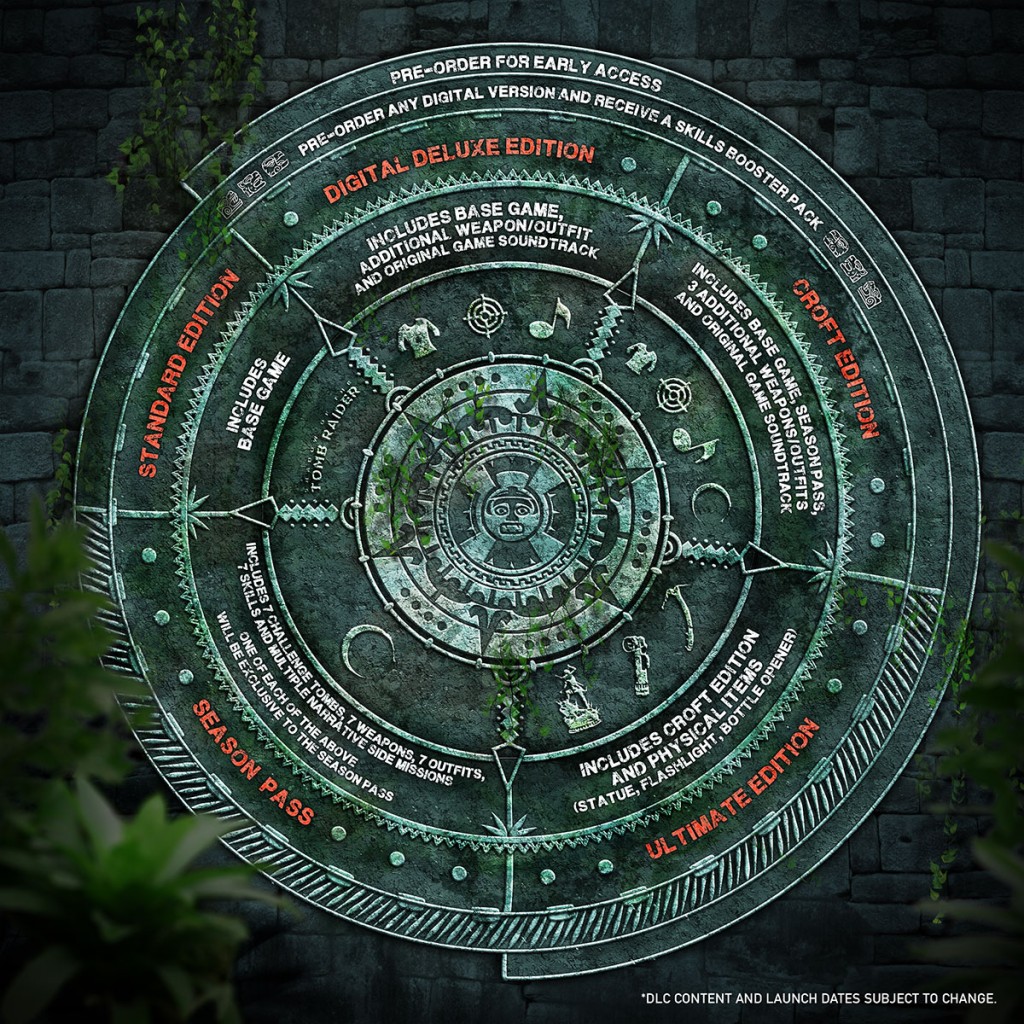 Shadow of the Tomb Raider launch with a few editions each coming with a few different things. Here the details below: