Our favorite hooded vigilante is back with â€œLegacy.â€ Life may be looking up for new mayor, Oliver Queen, but the Green Arrowâ€™s team has completely abandoned him. Itâ€™s clear that Oliver is struggling with trying to juggle both of his alter egos. Aside from the Green Arrowâ€™s team, the loss of Laurel Lance has had a pretty bad affect on the residents of Star City.

Oliver seems to have some good ideas as Mayor of Star City; now, if he could only get to a function on time. Oliver is looking to establish the ACI, Anti Crime Initiative to clean up the city. He knows that there is some serious corruption in the police department and of course says so at a police function. That probably wasnâ€™t the best idea, but I guess thatâ€™s why Thea is around.

Meanwhile, Felicity knows that Oliver needs some backup out on the streets, but heâ€™s not willing to accept any help. Oliver canâ€™t admit that Diggle and Thea are not coming back, at least not yet. Felicity tries to put together some resumes of followers that the Green Arrow has accrued, but heâ€™s just not interested. Oliver is reminded of his promise to Laurel while she was on her deathbed. He promised to not let her be the last Canary, and leave it to Felicity to keep pushing until Oliver gives in, which he does by the end of this episode. Next weekâ€™s episode proves to deliver some fun with the new recruits. 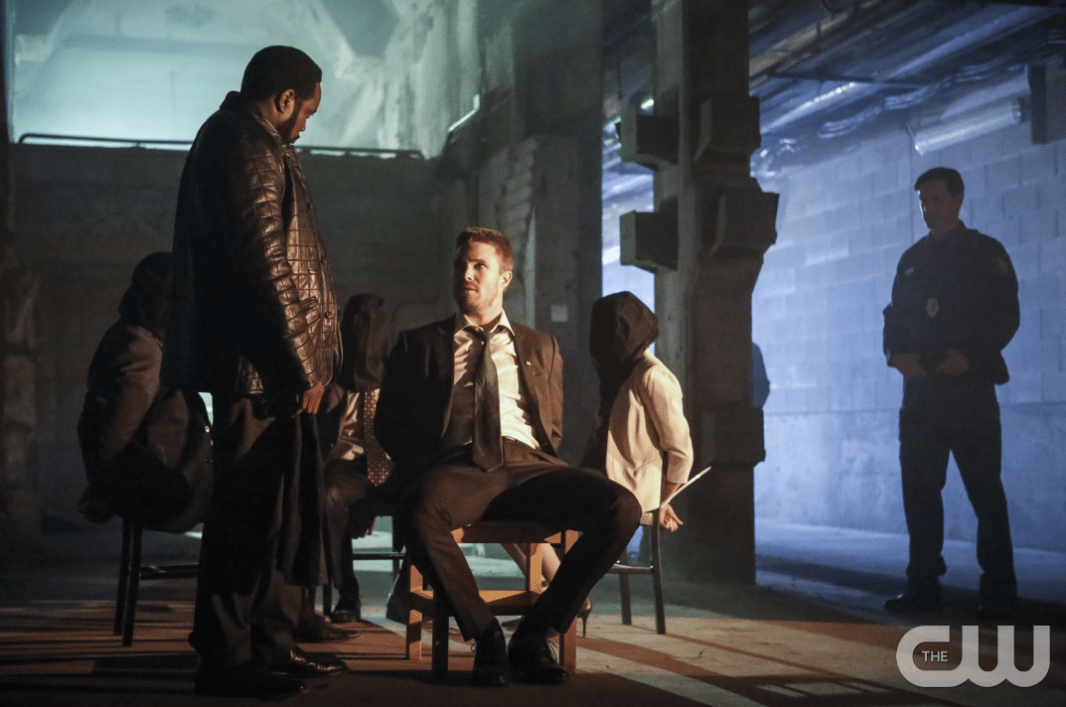 Of course with the corrupt police department comes a new big bad in town named Tobias Church. Tobias is after the Green Arrow, as all criminals are. The ironic part is that he thinks that he should kidnap the Mayor to lure out the vigilante. Thankfully, Speedy comes to the rescue and helps Oliver take down Tobias. Unfortunately, Tobias gets away, for now. I doubt heâ€™s finished with Star City or the Green Arrow.

Speaking of Speedy, Thea Queen has had a rough few years. She is finally starting to get a semblance of who she wants to be when her brother just canâ€™t help but force her back into his world. After Mayor Queen is kidnapped along with some other political figures, Thea finds herself thrust back into being Speedy. I canâ€™t blame Thea for wanting a normal life. She has been a killer and a vigilante; this life has gotten her killed. Itâ€™s only fair that she would want to stand on solid ground for awhile.

This weekâ€™s flashback puts Oliver in Russia. I think this is supposed to give us some perspective on how Ollie joined the Bratva, but I must have missed the context of when and how Oliver ended up here. Is Oliver still working with Argus, or is he free of them? It looks like our flashback is going to continue, which is good since Iâ€™m missing some crucial pieces. In any case, it seems that Oliver has been hired to kill a man named Kovar. He asks for help from old friend and Bratva member, Anatoly, but first, Anatoly must help Oliver become Bratva. John Diggle has been with Team Arrow since the beginning, but he was just in the background of this episode. Oliver was clearly missing Diggleâ€™s presence, and they even have a nice video chat when Oliver is seeking Diggleâ€™s advice. Diggle advised Oliver to build his new team since it seems that Johnâ€™s return is not imminent. I hope we get to see more from Diggle in the coming weeks. And speaking of Original Team Arrow, Felicity seems to be moving on with her life. She even has a new detective boyfriend. Does Oliver know about this new beau?

The final scene of the episode left us with the overarching villain (aside from Tobias Church) for the season. This new archer has it out for the Green Arrow and isnâ€™t afraid to show his animosity. Before the season began, the showrunners made it clear that this new villain emerges as a direct result of the Green Arrowâ€™s actions.