Let me start by saying that Iâ€™m not a gamer. I may enjoy the occasional video game every now and again, but the real extent of my gaming is enjoying a tense round of Solitaire on my phone. With that said, Iâ€™m the type of person who wants to be better at trying new things. When I saw the trailer for Shift Happens, I thought that maybe this might be my type of game after all. I liked the idea of playing with a partner, but what really enticed me is the strategy portion of the game.

Shift Happens has two controllable characters, Bismo and Plom. In the first few rounds, you can shift as you please. This means that if you need your character to be small to get under something, you â€œshift.â€ Then if you need to be big to push something, you can shift. With the push of a button you grow or shrink. After those first few rounds, it really gets interesting. When you shift, your partner shifts as well, so one character is big while the other is small. Your characters will never again both be big or both be small. Using this knowledge, you navigate through a sort of obstacle course to collect points and complete missions. You can also get through the round without actually collecting anything. As long as you get from one end to the other, you have completed the level. 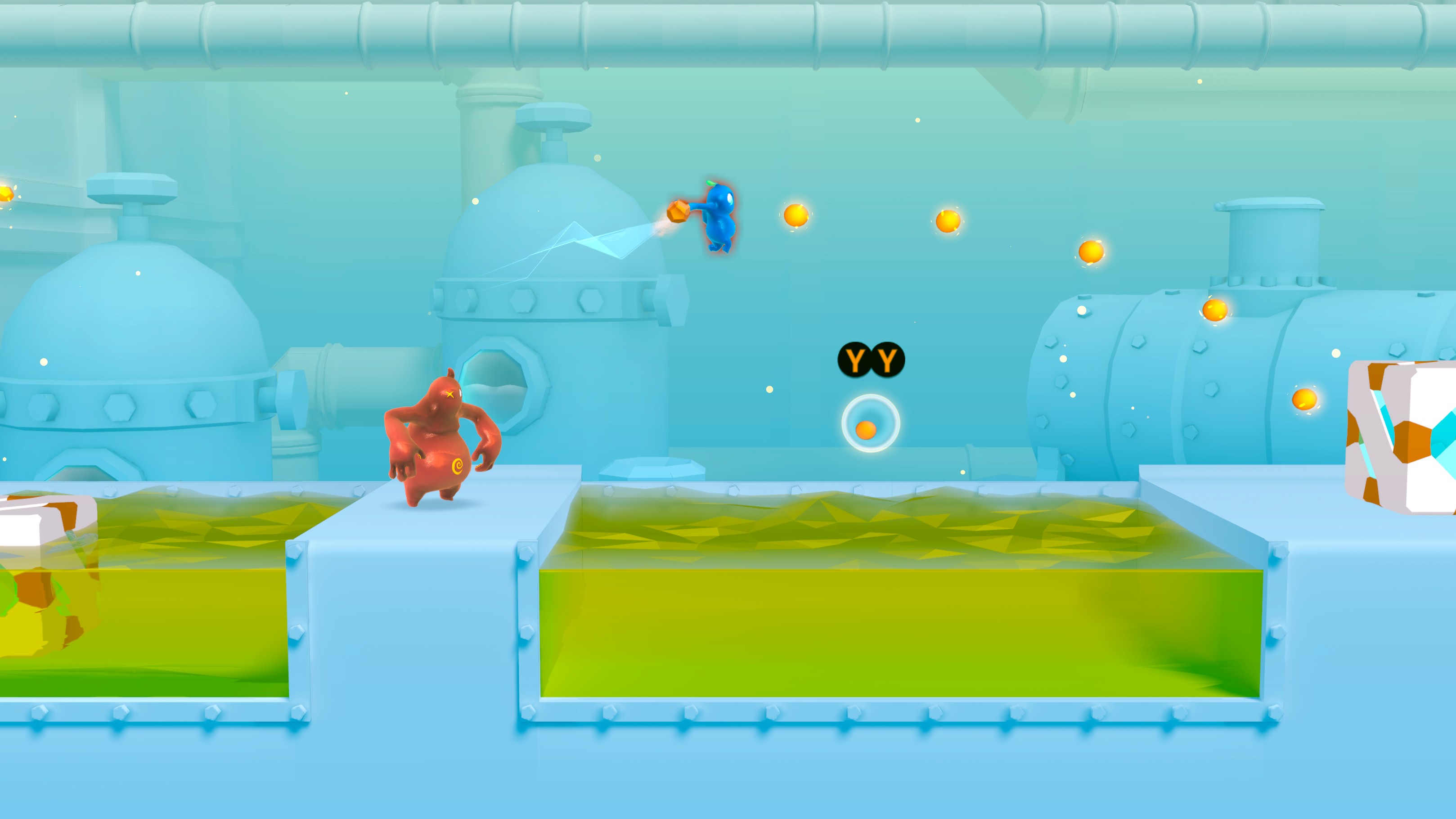 While your player is big, you can throw your now smaller partner. You are also heavier and can push or pull boxes and weigh down platforms. When your player is small, you can fit in tight spaces. But be careful to not shift at the wrong time or else your partner could die. Keep in mind that if you both die at the same time you lose a life. If you have no lives left, the next time both players die at the same time, you get pushed back to the beginning of the level. Thankfully, we didnâ€™t have this happen until the end of the second â€œworld.â€

Now, I mentioned that Iâ€™m not a gamer. Probably my favorite game to play is Mortal Kombat; button mashing, anyone? Or give me a good old fashioned game of Mario Kart anyday. Suffice to say, I donâ€™t get more complicated than that. Shift Happens allowed me to play a new game without feeling like a complete noob (only partially so). It challenged me, since I had to think about solving the puzzle but through a video game. Thankfully, my partner in this whole thing is a gamer. So, he opened my eyes to the secret passages that held extra points as well as helped with timing of jumps and the easy things that all the gamers take for granted.

So letâ€™s dig into this strategy a little bit more. It was nice having my partner (aka my husband) in person with me while playing to be able to better explain our ideas on how to get through each level. Iâ€™m told this is called local co-op. You can probably imagine my gamer husband yelling at me when I missed a jump. Donâ€™t worry, I got a few laughs in when it was my idea that solved the level or when I â€œaccidentallyâ€ threw him into some spikes and killed him. The good news is that when your partner dies, you can take advantage by sucking in his/her points before reviving him/her, so revenge is sweet in Shift Happens. Personally, this is my type of game. I enjoy being able to share it with someone IRL, as the kids say.

So, if you want my recommendation, grab a glass of wine, a friend, and give Shift Happens a try. At the very least youâ€™ll get some laughs out of it.