Sonic Mania Plus arrives on Playstation 4, Xbox One, and SwitchÂ July 17th.Â This new version of Sonic Mania will be seeing a physical release unlike the original version’s digital only release despite having a collector’s edition. The version available at retailers will contain a 32 page art book, a Sega Genesis inspired reversible cover, and a holographic slipcover. 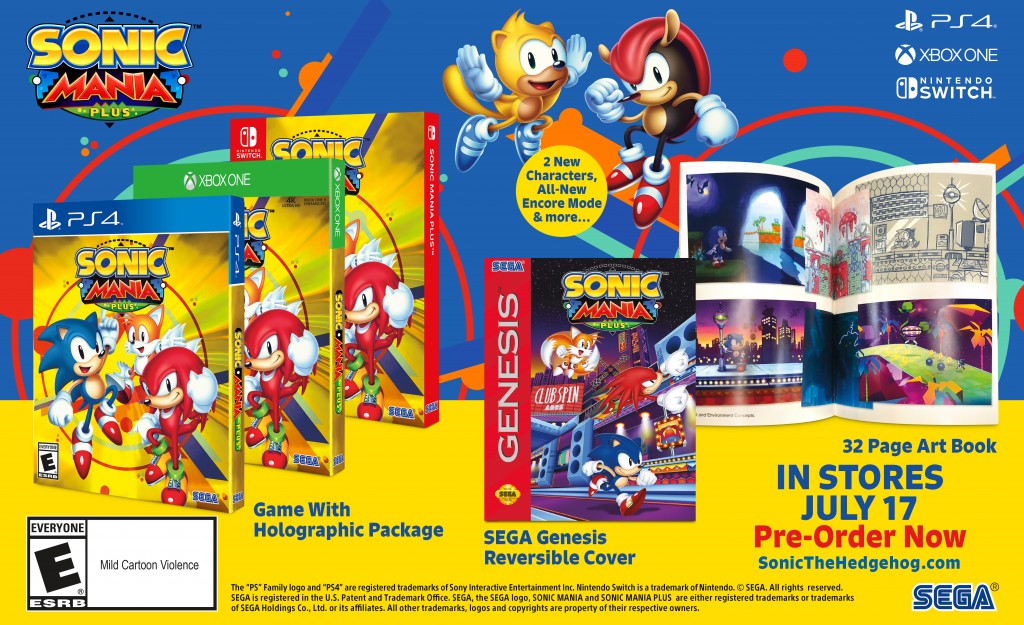 Sonic Mania Plus will be introducing two new characters, Mighty the Armadillo and Ray the Flying Squirrel. Both of these charactersÂ appeared alongside Sonic in the arcade-only release SegaSonic the Hedgehog. The update will also feature a 4-players in the Competition and Time Attack modes as well as a variety of gameplay enhancements.

For current owners of Sonic Mania, there will also be an Encore DLC pack that will bring all of the new features of Plus into the game. The DLC will be available for $4.99 on all current storefronts and release alongside the physical version.