The Enemy of My Enemy | Supergirl â€œResistâ€ Review

Rhea has declared war against the humans in National City, and sheâ€™s prepared to turn Earth into New Daxam. Supergirl, Guardian, and the DEO team work together to stop Rhea, and they need to rely on some allies to help along the way, including Cat Grant and President Olivia Marsdin.

Queen Rhea is looking to continue her plan to take over Earth. First, she has her Daxam soldiers defeat any humans who resist her as their new leader. This, of course, includes the National City Police Department and the DEO. Second, Rhea is looking to her son, Mon-El, to take part in an arranged marriage that she approves and give her an heir to the throne.

Rhea picked the perfect human to wed her son. Lena Luthor is to marry Mon-El and produce an heir. Lena is disgusted at this archaic display, but Mon-El lets her know that Daxamites donâ€™t need to reproduce in the traditional sense. Rhea can get her heir by collecting genetic material, aka some locks of hair, from both Mon-El and Lena, which she has already done. When innocent lives are threatened, Mon-El and Lena agree to wed. Thankfully, their ceremony gets broken up. 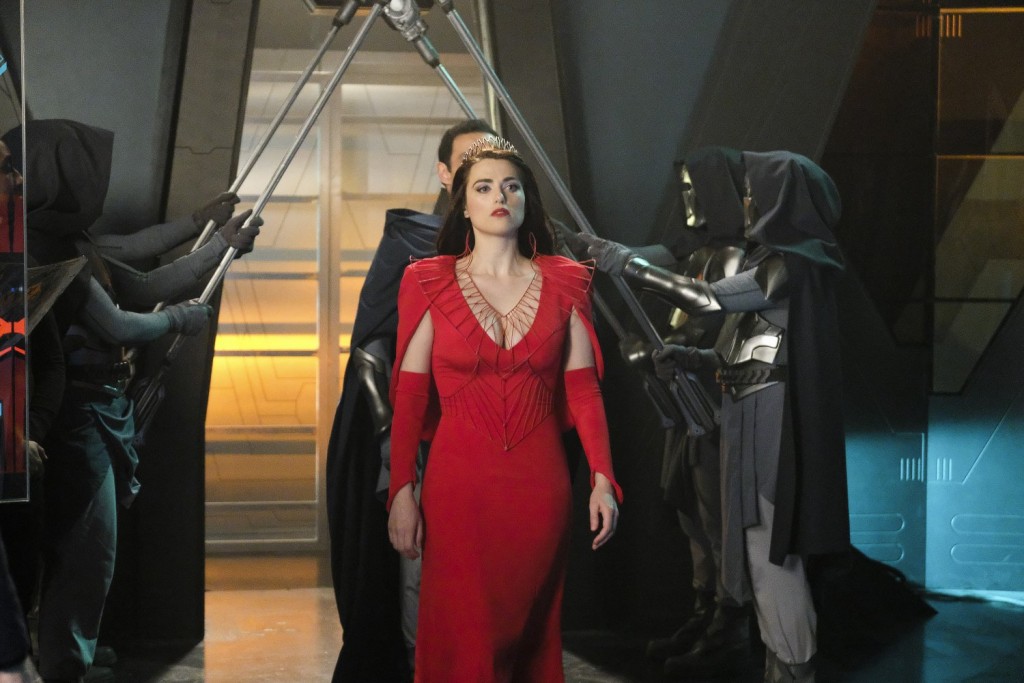 President Olivia Marsdin, played by the wonderful Lynda Carter, is back to stop Rhea. Sheâ€™s coming straight for National City, and she isnâ€™t alone. Cat Grant is on board, and together they work to talk Rhea into surrendering. Cat thinks that they can talk peace, but Rhea isnâ€™t listening. The Daxamites attack Air Force One, and Supergirl gets there in time to save Cat, but what about the President? No worries; the President is an alien and remained unharmed despite the crash.

With the DEO overthrown by Daxam soldiers, the team goes to the alien dive bar to devise a plan. In walks Lillian Luthor. For once, they are on the same side. Lillian wants to rescue her daughter and take down the Daxamites just as much as Supergirl does. Even though Lillian actually makes a good point and has a plan to get Mon-El and Lena off of the ship, Supergirl and company turn their backs on Lillian. The President gives the order to take down the Daxam ships regardless of Mon-El and Lena still being on board.

Supergirl is conflicted, and we finally get another Supergirl and Cat talk. Supergirl feels selfish because she wants to save her loved ones. Cat tells Supergirl about her experiences away from National City. She realized that the secret to happiness is human connection. â€œItâ€™s not about what you do; itâ€™s about who you love.â€ Cat tells Supergirl that wanting to rescue her friends isnâ€™t selfish; itâ€™s everything. Supergirl knows that thereâ€™s one place she can go to get the help she needs to save her friends. 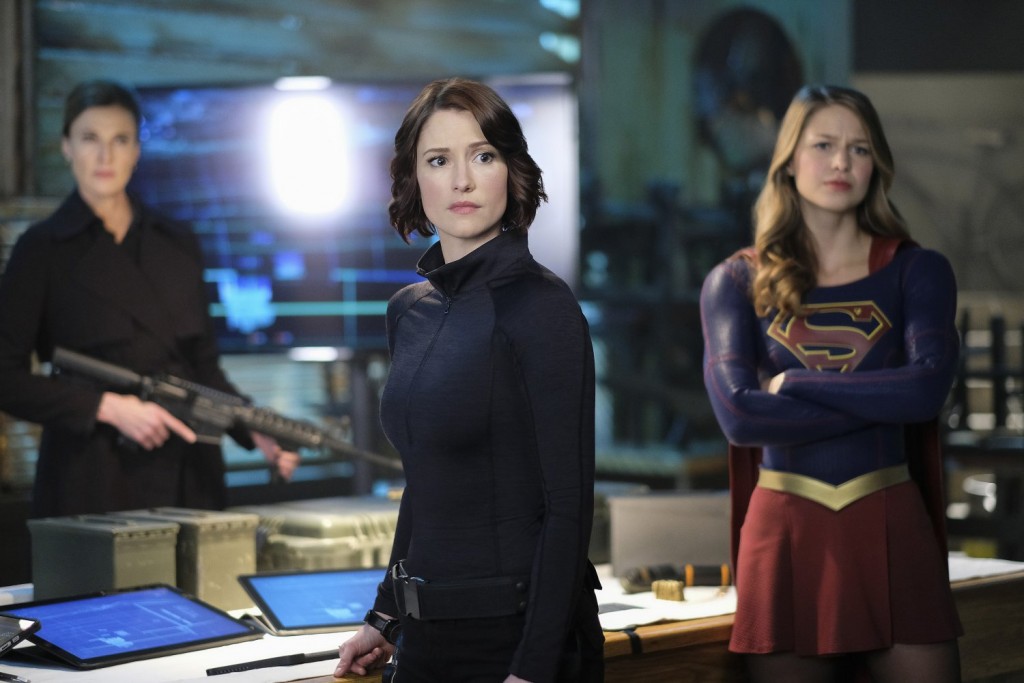 With the help of Lillian and Cyborg Superman, Supergirl gets on the ship to get Mon-El and Lena out. Lillian double crosses Supergirl and leaves her on board with Mon-El to die alongside the Daxamites. Thankfully, Supergirl was smarter this time. She had a way out all along, but she sent Mon-El alone. Supergirl still thinks she can get through to Rhea, but Rhea is too far gone. She thinks itâ€™s funny that Kara is trying to tug at her heart strings; this is the woman who killed her husband in cold blood after he defied her.

Well, time is up. The cannon is ready to fire on the Daxam ships. Alex must fire even with Supergirl still on board, but she hesitates. Alex knows that she needs to destroy the Daxamites, but she just canâ€™t kill her sister. As sheâ€™s about to press the button, the cannon is destroyed. Tyler Hoechlin is back as Superman, and it looks like heâ€™s playing for the Daxamites. What happened?!

Digging Up the Past | Arrow â€œHonor Thy Fathersâ€ Review

What Could Be | The Flash â€œCause and Effectâ€ Review

What Could Be | The Flash â€œCause and Effectâ€ Review