Arrow premiered its seventh season with â€œInmate 4587.â€ Oliver Queen is in prison, and everyone knows that heâ€™s the Green Arrow. The rest of the vigilante squad is trying to move on with their lives, using their respective talents to help Star City in the only way they know how. Felicity and William are in hiding, but Diaz is out there looking for them. Plus, a new Arrow shows up causing a lot of trouble for everyone.

A new Arrow is in town, and it seems that this vigilante is trying to take out bad guys just like Oliver. The new Arrow goes after a man named Jason Stent who seems to have his hands in a bunch of lucrative arms deals. Now that Dinah Drake is the Captain of the SCPD, she must uphold the law against vigilantes. Working with Argus, Dinah is able to track down Stentâ€™s latest deal. She hopes to track the new Arrow at the bust and make an example of the first vigilante to pop up in Star City since Team Arrow all hung up their leather.

Rene has a different perspective on crime in the city now that the vigilantes arenâ€™t around. He is working with kids in the Glades, giving them a place to work on their self defense. These kids are afraid that they wonâ€™t be able to protect themselves in such a violent area. Rene even follows one of the kids when he tries to purchase a gun for protection. The new Arrow broke up the buy and saved Reneâ€™s life; at least, thatâ€™s how it seems to Rene. Dinah points out that Rene could have just been a bystander. Rene could never have been the new Arrowâ€™s target, so he was left alone. 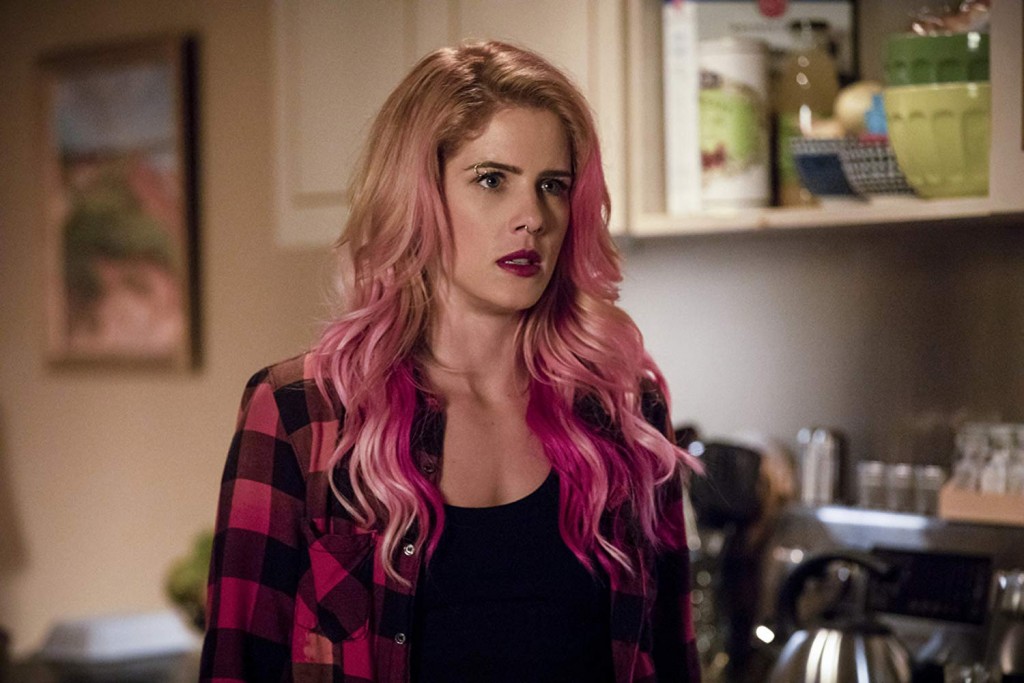 At Stentâ€™s meet-up, SCPD waits for the new Arrow to show himself (or herself?), and they were not disappointed. The new Arrow showed up and acted exactly as Oliver had back in the beginning. He/she tells Stent that he failed the city and everything. But who is this mystery man or woman? SCPD is about to arrest the new Arrow, when he/she is able to escapeâ€¦ with a little bit of help from Wild Dog. Dinah is frustrated that Rene would risk everything for this new vigilante. She warns him that he will not get another chance should he put on his mask again.

We keep seeing a bunch of flashes with a mystery man paying a lot of money to get to Lian Yu, but this time, we are actually looking into the future. Oliverâ€™s son, William is now an adult and searching for someone on the island. He finds exactly who heâ€™s looking for, Roy Harper, donning a similar hood and wielding a bow and arrow. Is there a chance that this William has come to the past to become the Green Arrow? If so, how is that possible? If the new Arrow is not future William, then who is it?

Meanwhile, Oliver has been in prison for five months, and heâ€™s not looking so hot. His strategy is to keep his head down, and maybe he would get time off of his sentence. Iâ€™m not sure how he thinks that they will release him early, but Oliverâ€™s ready to do what it takes to get back to his family. Unfortunately, the criminals inside, especially the ones that Oliver helped to put away, have a different agenda in mind.

Felicity and William are surviving in witness protection, but they miss their old lives. And sure enough, their old lives come back to haunt them when Diaz finds them. Thankfully, Felicity is able to fight back long enough for Argus to come to the rescue. Afterwards, Felicity goes to see Oliver in prison. Heâ€™s pretty beaten up as Diaz made sure to send him a message, that he had found Felicity and would kill her. While Oliver has been trying to keep his head down, Felicity has had enough of being passive. Sheâ€™s tired of not being able to protect her family, so she decides that from now on sheâ€™s going to fight back. After knowing what happened to his family, it seems that Oliver is ready to fight back in prison and goes after the man sent to tell him that Diaz had found his wife.