Season Four of Supergirl brings a new political agenda not only to National City but to this Earthâ€™s America. By now, we know that the writers for Supergirl are not afraid to make not so subtle statements with this show, and â€œAmerican Alienâ€ is no exception. Lynda Carter returns as President Marsdin, and she is about to have a summit with aliens present at Camp David to celebrate the Alien Amnesty Act, an act that gave aliens the same rights as any American human.

The Presidentâ€™s mission continues to be very prevalent to our current political climate, and they donâ€™t try very hard to hide it. Of course, this is obviously an extreme situation, but the undertones are there. Jâ€™onn Jâ€™onzz joins an alien support group. The group is split between those who are happy to use L Corpâ€™s image inducer to look â€œnormalâ€ and pass as human, but others are questioning who dictates what we call normal and why they should have to change to make others feel more comfortable.

Former Cadmus members and siblings, Otis and Mercy Graves are working with a mysterious man who refers to himself as an â€œAgent of Libertyâ€ in their fight against aliens. Supergirl partially uncovers an entire network of humans who are working to fight against the aliens in their community. While at first it seemed that their mission was to take out the aliens one hate crime at a time, but a bigger plan was in place. While it seemed that Otis and Mercy were just trying to attack the summit, they are really working to dismantle Marsdinâ€™s entire presidency. While, Supergirl was able to save the President from any real harm, Otis and Mercy got what they came for, video evidence proving that the President is actually an alien. Itâ€™s unknown yet what kind of effect this could have on her presidency and any legislation that she had put into place. But these new villains are proving to be much smarter than they first let on.

Meanwhile, Kara is finally finding some balance in her life between being a reporter at CatCo and being Supergirl. She even gets a cub reporter to mentor, Nia Nal. From the moment we meet Nia, itâ€™s clear that she is essentially Kara from season one. Thankfully, Kara recognizes it too and seems like she will be a great mentor for this one woman. Supergirl already made waves by casting a transgender woman, Nicole Maines, as Nia, but it doesnâ€™t seem to have any effect on either her acting or the character. If she continues this way, Nia proves to be a wonderful addition to the cast. 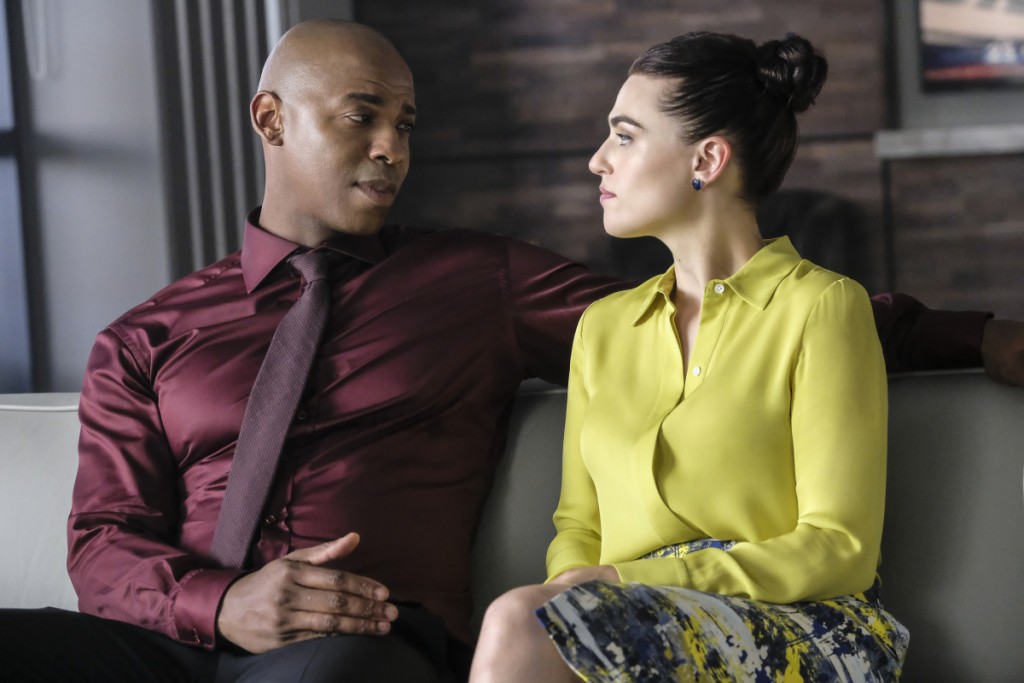 Alex Danvers is now Director Danvers and is fitting into her new role quite nicely, aside from her interactions with her new sidekick, Brainy. While itâ€™s clear that Brainy has some struggle fully understanding Alex, she is extra hard on him. They have a heart to heart discussion, and they both realize that heâ€™s not Winn and will never be. They have to find a new way to work together. The DEO will never be the same without Winn, or Mon-El for that matter, but thankfully, Brainy is bringing some much needed humor in the midst of these other very serious topics.

James Olsen is in hot water as the District Attorney decides whether or not to press charges for his crimes committed while being Guardian. Lena Luthor tries to help James, but he doesn’t want to drag her into it. James knows how hard Lena has worked to move L Corp away from crime, but Lena still wants to help her boyfriend. She actually goes so far as to manipulate her mother into revealing details of a criminal more lucrative for the DA. The DA agrees to drop her case against James Olsen to pursue this known Cadmus associate instead. Of course, James can never suit up as Guardian again or risk actual prosecution this time. Iâ€™m guessing James will find out what Lena did in order to save him. How is he going to feel? Maybe thereâ€™s still hope for one relationship to last on this show? Only time will tell.