Pennyworth is a little bit more dim without Esme, but Alfred is determined to find her killer. After the assassination of Julian Thwaite, the No Name League and the Raven Society are no closer to a truce. Both the country of England and the United State government have an agenda, but who will prevail? Plus, Martha finds herself in a predicament when she agrees to babysit Patricia Wayne.

Now that the leader of the No Name League is dead, Thomas Wayne is asking too many questions. He goes to Dave Boy and Alfred with a theory. He seems to know exactly what happened, but Alfred doesn’t care. He just wants to be left alone. Thomas did leave Alfred with an interesting question. Why did John Ripper want to kill the leader of the No Name League? We saw that he was with the wife, Undine Thwaite, but what else is in it for him?

Thomas decides to take his suspicions up to the top, the CIA station chief. Thomas ponders whether the US Government had a hand in killing Julian Thwaite. Then he wondered why Mrs. Thwaite wasn’t also killed, unless the plan was for her to always take over. The new plan is to continue with negotiations for peace. If they can’t get Frances Gaunt and the Raven Society to agree, then Thomas Wayne is supposed to kill Gaunt, personally. Thomas does not seem comfortable with this assignment, but he will comply if necessary. 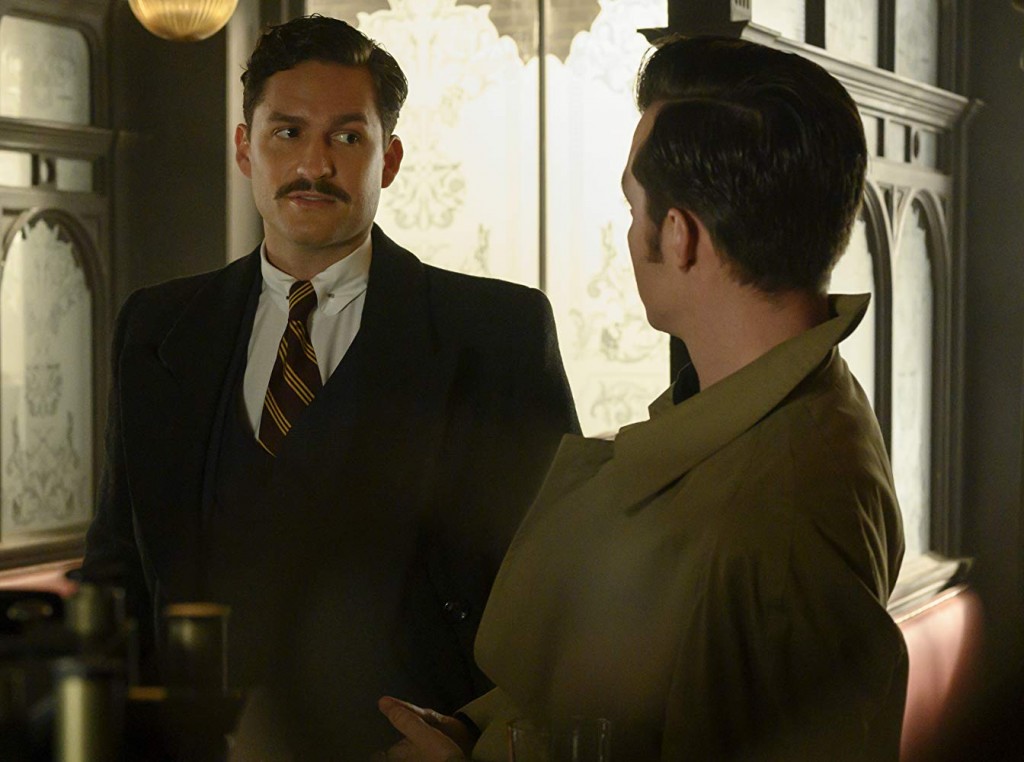 Thomas accompanies Mrs. Thwaite to the meeting, and she and Frances Gaunt come to terms for peace. They agree to call their thugs off the streets and continue to stop the bloodshed in London.Â  This means that Thomas doesnâ€™t have to kill Frances Gaunt. It seems like Thomas isnâ€™t used to violence, and I doubt he has ever killed anyone. I would honestly be shocked if he ever has to kill anyone or commit many acts of violence throughout the show. Eventually Alfred will be a protector to Thomas Wayne, but itâ€™s going to take a lot in order for these two to get along.

Alfred has been distracted with one thing and one thing only, finding Esmeâ€™s killer. John Ripper owes him a name, the name of someone who will know Esmeâ€™s killer. John Ripper tells Alfred to go see Baroness Ortsey at a hospital. What Ripper doesnâ€™t say is that the Baroness is locked up in the hospital because she swears sheâ€™s a witch. Alfred is skeptical and doesnâ€™t want to keep wasting his time with her. The Baroness tells Alfred, â€œWhen the moon is full, bring me a rose and the left hand of a murderer.â€ Alfred scoffs at her, but she believes that heâ€™ll come back.Â

Alfred gets his job back at the nightclub, and it isnâ€™t long before heâ€™s fighting with a customer for refusing to pay his bill. When they â€œtake things outside,â€ the man pulls a machete out of his jacket. Alfred ends up getting the machete and proceeds to chop of the manâ€™s left hand. When it falls, Alfred sees a rose lying next to the hand in a puddle that just so happens to show a reflection of the full moon. Looks like Alfred is going back to the Baroness.Â 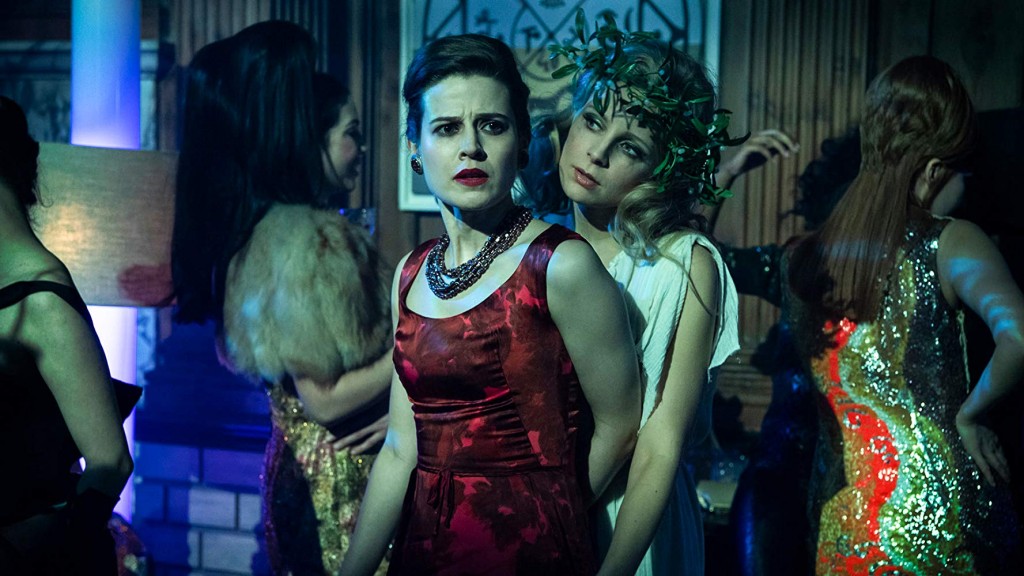 Alfred is just desperate enough to go back to Baroness Ortsey. This time, he makes sure to sneak in without any supervision. The Baroness asks Alfred about his dreams. Alfred should have guessed that she was going to put something in his tea. He starts to dream and sees the jungle. Then he goes through a door where heâ€™s with the Baroness and his mother. Eventually he keeps seeing a man in uniform, a captain. This man was the one who we saw fumble his weapon, causing Alfred and his friends to snicker and laugh. It seems that this captain has had it out for Alfred ever since.Â

Meanwhile, Martha Kane gets an interesting house guest. When Patricia Wayne comes back to London, Thomas needs to find someone to babysit her. And who better than Martha? Martha is slow to agree, but eventually she gives in. I expected them to have a boring night in, but Patricia wants to go to a party. The party is hosted by Aleister Crowley, a supposed warlock. After awhile, Martha is ready to get them out of there; yet, she canâ€™t seem to find the way out. Itâ€™s not until days later that Martha wakes up in the middle of nowhere, and without any clothes. What happened to her? And where is Patricia?

Itâ€™s official. Bet is coming back to London, and sheâ€™s bringing Lord Harwood and sister Peggy. Lord Harwood has finally started to remember who he is. Itâ€™s all coming back after he sees the Prime Minister on the TV. The Prime Minister is the one who tortured Lord Harwood, and heâ€™s ready for some payback. He asks Bet and Peggy to come with him because heâ€™s going to need some friends. Peggy is hesitant, but Bet is clearly ready to get back to London.Â

Dual Pixels Radio #40: So Many Games So Little Time

Dual Pixels Radio #40: So Many Games So Little Time