Diving Back Into Sea of Solitude

Sea of Solitude was an instantly captivating game when I saw the first trailer. An incredibly rich and enticing color palette painted upon an equally beautiful art design and I was sold. Strictly speaking, I judged a book by its cover. The story which would unfold would soon prove that it only worked to solidify my decisions as the right one as I completed the final chapter.

Jo-Mei Games, the developers of Sea of Solitude, did an outstanding job in conveying real-world experiences they’ve had, and near perfectly matching those up with which many of us have felt. Numerous times I was sitting there like, “wow, that was literally what I experienced.” I think what helped this idea of emotional transference from Kay, the lead character to you, the player, was that these weren’t outlandish experiences that were hyper specialized to someone based on their specific childhood or where they were born. The emotions which were presented were almost entirely tied to the nucleus of the family, outside of a chapter dedicated to Kay’s boyfriend, which allowed for a grounded approach to deep storytelling.

Sea of Solitude delivers four crucial statements throughout its 3+ hour story and those are; you can’t “fix every single situation” and letting go might be the answer, the impact of self-destruction and self-doubt, understanding why you might feel negative emotions and how using them to your advantage trumps the idea of ridding your life of them completely and finally, why you shouldn’t need someone else to be happy. 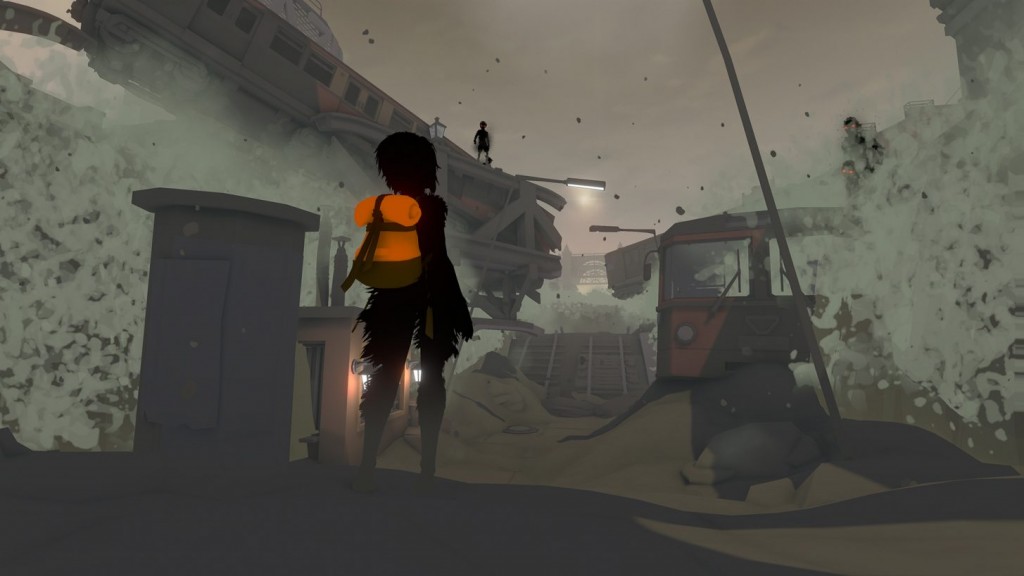 In one of the more memorable scenes in the game, you are literally stuck between two monsters, that of the corruptions of your mother and father. You are in the middle of it, making an attempt to mitigate the situation as they are physically hurting your character. A poignant statement of how family matters, no matter how they seem to play out, always have an impact on the kids. The arguments are ones heard from many parents with separated families; ” thought we could stay together for the kids.” “I thought it would make you happy.” “I was just trying to help.” Sometimes, no matter how much salvaging takes place, the best way to salvage both partners in the relationship is a separation. It’s painful and not easy, but having the ability to understand that the clashing between you and your spouse is directly impacting your children will allow you to not only place you and your significant other in a better space, but also your child. No matter how unintentional, the children are always affected.

I’ve personally gone through the above as a child. My parents, for whatever reason, ended up growing further apart as I grew up. Luckily, both of my parents had the wherewithal to understand that staying together for the kids was the least ideal option and decided to part ways. Looking back, I understand how fortunate of a situation I was in since they did realize no better circumstance could exist from the current status of their relationship.

Of the many “monsters” that Kay runs into while working through her emotions, the two that stand out since they prevail across the journey are that of self-destruction and self-doubt. In real life, these two emotions are certainly harmful if not maintained, but also, in their own twisted way, addicting. We’ve all fallen victims to knocking ourselves down due to some “universal truth” that we made up in our minds that we weren’t good enough, or that we just didn’t do what we felt we should to deserve it. That very fact, that these two feelings are just lurking through our real-world lives as well as weaving themselves through the game perfectly encapsulates the compulsive nature they assume.

In Sea of Solitude, the self-destructive monster is big and always, always lurking. Tempting you to give in and quit trying to manage your emotions or your attempts to navigate a tumultuous issue. One aspect that I found interesting was that, every time you stepped in the water, in almost all cases, the monster just barely misses pulling you into its teeth. A perfect parallel to how real life self-destructive behavior is, always a simple false-step that has the potential to send you spiraling. Almost always an east temptation in which to give in to. One that a lot of us feel comfort in because it’s often “easier” than having to deal with the emotions.

Growing up and at random times, I certainly feel the creeping self-doubt looking to sabotage various aspects of my life, especially those times when I am taking chances on things I’ve failed at previously, or those things that are entirely new and usually out of my wheelhouse. It’s almost like a muse; getting harder and harder to say no. But, with structure in my life, including friends, family and a growing Yoga practice, the doubt that is always creeping still lies where it is, yet it is easier to push past it.

Kay’s growth from the moment she questions why she is here, to her final understanding is an amazing journey through introspection. You see a full understanding of a complete look at all aspects of her life and the relationship she has with those around her. The most interesting note, however, is that it’s not like she ends up getting rid of doubt, or fear or any other often perceived negative emotion. The second to last chapter clearly shows this in its game mechanics. In order to get past the lurking monsters you have to work with the negative emotions instead of against them. There’s the false sense that brave people never know the feeling of fear, or that confident people never experience anxiety. But, if anything, those people know those negative emotions as much as they have become familiarized with the positive. It might even be that their positive outcomes are due in part to their ability to understand the negative.Â

This is exactly what I’ve gone through as my yoga journey has deepened. Before yoga, I would have a feeling of fear and anxiety and not understand how to cope with it. As mentioned above, I would let those feelings completely consume me and provide no solace to what happened. Now, I first pull myself out of the situation, look at why I was fearful (look at the “monster” if you will) and simply ask why. Why am I afraid right now? The answer usually lies in the uncertainty of the outcome, but that inherently is a good thing. The fear manifested itself because I sincerely cared about the outcome. Even when I teach a class, a year after I’ve been teaching with frequency, the nerves still arise. Not because I am uncertain of my ability to teach or connect with students, but because I understand the gravity of the situation that people took time out of their day to learn from me. It’s a positive pressure exerted to encourage a thoughtful, and respectful approach in building that relationship with my students. Finding balance is something that nearly all cultures and religions have expounded upon for centuries; maybe they were on to something?

A scene nearing the end shows her boyfriend, Jack, literally saying that he needs to find his own happiness without her. Not that he didn’t necessarily share love for her and their relationship, but that his depression forced him into becoming more introspective. She couldn’t understand, no matter how much she tried, why he didn’t want to accept the help she was trying to so desperately provide.

Relationships are always talked about as an important aspect of our lives. Whether it is with our significant others, our friends, coworkers, family; the list goes on. But the one relationship that almost always is left unexamined is the one we have with ourselves. While a bit more commonplace now, I remember years ago when the term self-help meant you have “problems.” It was more of a reactive way to deal with a situation than a provocative one to help better understand a situation before it would arise. But with more acceptance of personal growth, the tide seems to be turning on self-help. 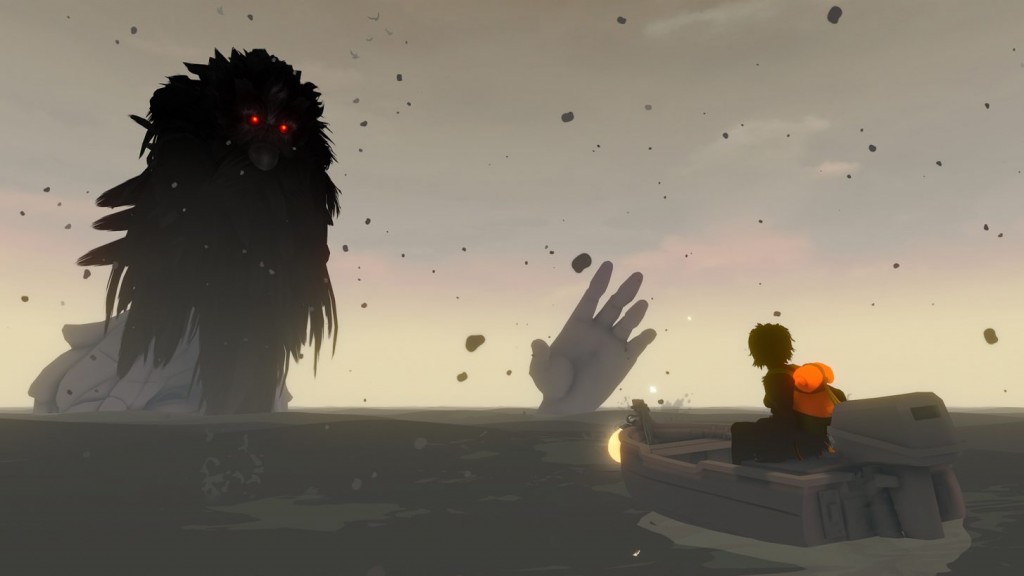 Having a significant other is absolutely amazing, don’t get me wrong, but there are always times where I wonder, “What if I wasn’t with anyone; would I still be able to achieve x ?” It’s not to dismiss the importance of another but to promote acceptance of the self. That feeling that you, by yourself, are enough.That aspect of finding solace in just being. This is really put to the test and I feel, for all the good social media has added to all of our lives, it does a terrible job as it comes to self-worth. I’ve pretty much stopped posting on social media because I’d always find myself wondering who or how many people liked the most recent post, like some magical number going up controlled by mood. I always liken social media as screaming into an abyss and waiting with a baited breath for a response. The feeling of few or not the people you would expect to respond genuinely hurts. But, do we give social media more power than it deserves? I think that question is unequivocally yes.

Sea of Solitude is a journey through introspection. The idea of understanding that we are far, far more complex than just the positive or just the negative emotions in which we exude. That the real power we have to help others is by first helping ourselves.