After Jane has the flash about the Doom Patrol, she goes searching for the original superhero squad. Rita knows the original Doom Patrol and even had a fling with one of its members. Meanwhile, Cyborg and Cliff bond a little bit, if you can call it that. Cliff wants to learn more about his daughter, and Cyborg has to face his father again.

Jane is watching an interview with Babydoll and Niles, where he mentions going to see the Doom Patrol. When she asks Cyborg about it, he doesnâ€™t seem to know who they are either. But, he does decide to help, and Jane, Cyborg, and Cliff look at old records of the Doom Patrol. Though, if they had just asked Rita, she knows all about the Doom Patrol. In fact, she had a brief relationship with Mento aka Steve Dayton. Jane takes matters into her own hands and gets Rita, Larry, and herself to the original Doom Patrol.

When they arrive, they find two of the members, Arani and Rhea. The two are teaching young metahumans about defending themselves. They use Jane as an example. Thankfully, the administrator at the school, Josh, breaks it up. Jane wants to ask Josh about Mr. Nobody. Josh doesnâ€™t want to talk about Mr. Nobody, but he does show Jane that she has a room there. Itâ€™s unclear whether Jane was supposed to be at this place as a teacher or a student or what. 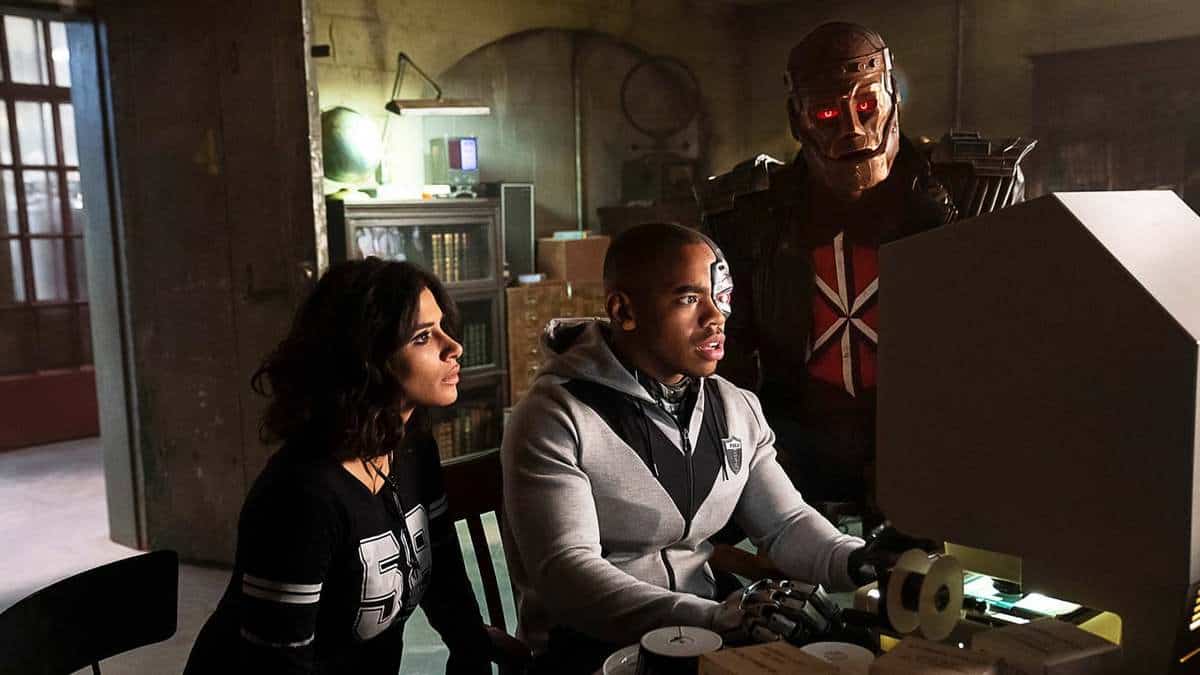 Rita is already struggling with her identity, and visiting the Doom Patrol isnâ€™t helping. After losing Elliot, Rita remembers trying to get back into Hollywood after her accident. She spoke with a producer about staring in his new movie, but he wanted a little bit more than she was willing to offer. She couldnâ€™t control her emotions and ended up smothering him. His secretary hid the murder and helped Rita leave. Shortly after that was when Rita met Mento.

Rita hopes to get a magic vitamin from Niles to fix her issues, but he knows it runs deeper than just the physical. He recruits Mento to help Rita, and it works. Rita is able to calm her mind and stay focused on keeping herself together. She and Mento continue their fling until Mento invades Ritaâ€™s privacy and reads her mind. He sees something about a woman named Mary Beth. Heâ€™s so disgusted by Rita that he canâ€™t bear to be with her anymore. Unfortunately, we donâ€™t really get to know what the secret with Mary Beth is.

Everything at Doom Manor appears just too perfect, that is until things start to fall apart. The group all seem to get flashes that something isnâ€™t quite right. When Arani tells Larry that sheâ€™s married to Niles, suspicions continue to rise. Then, Niles comes through the door and has no idea what Larry and the group have been dealing with in regards to Mr. Nobody. Larry realizes that Niles is an illusion. It turns out everything at the manor is an illusion created by Mento. After fighting Mr. Nobody, the Doom Patrol lost everything. Now that they are growing old, their minds and bodies are deteriorating. Mr. Nobody defeated the Doom Patrol and used their worst fears to torture the superheroes.

Back at the mansion, Cliff and Cyborg are both trying to heal. Cyborgâ€™s father comes to put Vic back together. Cliff is attempting to learn more about his daughter by accessing her social media accounts, but he doesnâ€™t understand how they work. Vic doesnâ€™t want to help but relents after Cliff helps out with Cyborgâ€™s father. Cliff reminds the elder Stone that he should give his son some space to grow. He also lets his father know that he has plenty of regrets as a father, so he should think about how he treats his son. Vicâ€™s father decides to stop spying on his son; he hands over the reigns to give his son some breathing room.