The Doom Patrol is starting to crack, and I still canâ€™t decide whoâ€™s story is the most tragic. When Cliff suggests that the team takes up group therapy, we get to see a little glimpse into what makes these misfits so crazy.

Iâ€™ve always said that Rita easily has the most tragic life, and the more we see of her past, the more I believe that. Rita was a pageant winner at a young age. Her prize was to meet a famous actress. Ritaâ€™s parents wanted her to be just like this actress, so they pushed her into the life she had. Itâ€™s hard to tell how much Rita actually wanted the life of an actress for herself.

Of course, Larry could give Rita a run for her money in the tragic past club. Larryâ€™s parents worried about their son; they realized that he was gay. For the first time Larry talks to his passenger with kindness. The spirit gives Larry a nice memory with John, but he says that the memory is all wrong. Larry tells the spirit that he has no idea how hard it was to live like he did, keeping secrets so no one would question his sexuality. 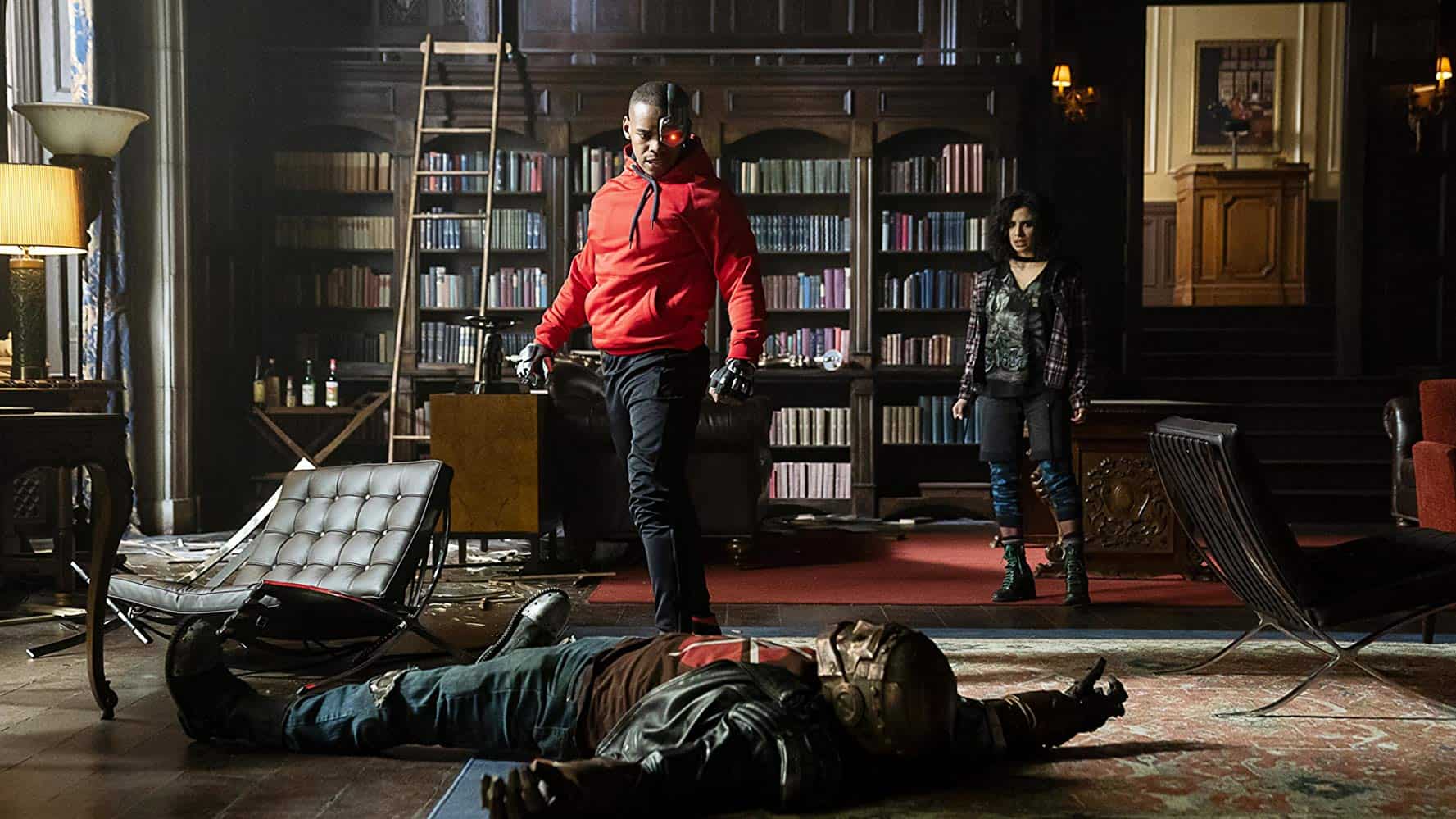 Then thereâ€™s Vic, the hopeful youngster. Heâ€™s still trying to get this team together. Now that his father has taken the training wheels off, Vic has free reign again. This leads him toâ€¦. Social media. Vic tries his hand at a dating app, and he has a lot of female fans. Or should I say, Cyborg has a lot of female fans. When one girl doesnâ€™t immediately know who Cyborg is, Vic tries to learn more about her. But with no restrictions, his system turns into a stalker and shows Vic current footage of her on a city bus, probably not the best way to start a relationship.

Cliff is still struggling with Clara moving on with her new â€œdad,â€ Bob. Cliff misses being a human. He goes to see Bob, so he could yell at the father figure in his daughterâ€™s life. Bob calls Clara a brat and says that she killed his bachelor game. Then we realize that Cliff is only imagining all of this, thankfully. Cliff does worry that he has been turning into his father, and heâ€™s upset thinking that Clara is a better father than he ever was. Cliff suffers from survivorâ€™s guilt and believes that his wife should have been the one to survive, not him.

I still canâ€™t quite figure out Janeâ€™s past since we have only seen so much. After realizing that Niles was about to put her in a home with the original Doom Patrol, to say she was frustrated was an understatement. Hammerhead comes out and starts to destroy all of the Chiefâ€™s work. The Chief told Jane that he believes in connections in life; Jane can make those to her 63 other personalities.

Once Cliff gets them all in a circle, Rita has a very wise thought. She realizes that Mr. Nobody has pushed them all apart. They should know each otherâ€™s secrets, so thereâ€™s nothing that can be held against them. Rita says that she was an illusion made of light and celluloid and the best hair and wardrobe in the business. She doesnâ€™t quite know who she is anymore. Larry speaks next saying that it gets lonely not touching anyone for 60 years. He mentions that he drove John away, to which Cliff made sure to tell Larry that he is loved and accepted. Larry has been torturing himself with what ifs. He tortures himself and the spirit, and then the spirit ends up torturing him right back.

Vic tells the team about how he killed his mom in the lab accident. His story used to give him strength, but after Mr. Nobody, heâ€™s not even sure which of his memories are real. Mr. Nobody doesnâ€™t think he can trust the memories in his head, but what could be worse than killing his mother? Vic knows that he canâ€™t trust his father, but why doesnâ€™t his father trust him?