Wired Productions has brought over Max and The Cursed Brotherhood(MATCB) onto the Nintendo Switch which is now available physically. MATCB takes you on a journey as Max who is trying to save his brother, who has been kidnapped by the evil wizard Mustacho and crew. Max further explores and investigates to find his brother, You will stumble across different envoirments ranging from jungles, caves, and islands all while running and jumping your way to stop Mustacho.Â The platforming in MATCB is very satisfying and those who love high stake moments will love the way everything flows.

Platforming is crippled only by the technical issues due to button reaction and framerate. Which i get into more below, even with those flaws you swing and jump your way out of pretty much anything. Max gets a magical crayon which is then used to draw up specific points to help your platforming efforts. The crayon is activated by holdingÂ the R button and then hovering over the usual patch of land which is indicated by a colorful light, from there you can raise the land to provide additional coverage or draw vines and leaves to secure your jumps. 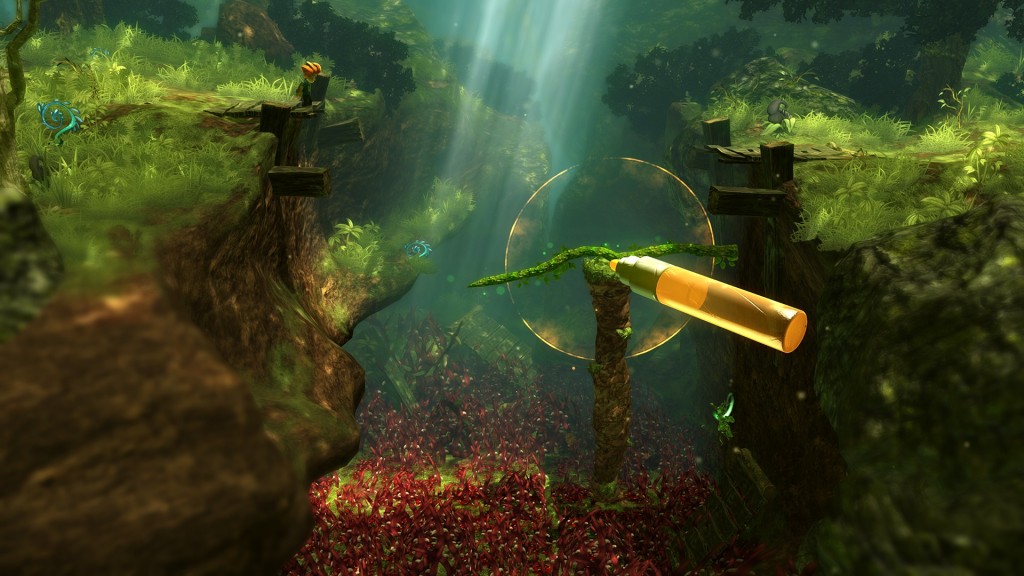 While that sounds easy, Max keeps it fresh by including enemies and other envoirmental dangers that take the puzzle aspect to the next level. For example in earlier stagesÂ you have to make sure not to get hit by lightening bugs and to do so you have to use the crayon to draw a tree branch for you to get under it and walk safely across the bugs.

As time goes on these puzzles get more elaborate which is a nice change of pace. You’ll notice a few moments where you are getting chased by a big monster and those moments lead to a fun experience. During the chases you have to be a quick thinker , as you have to draw platforms and vines all while this big monster is chasing you. Usually when jumping during the chases the game goes into slow-mo to give you time to draw out your next step but even still you have to be on it or else expect to do it a bunch of times. 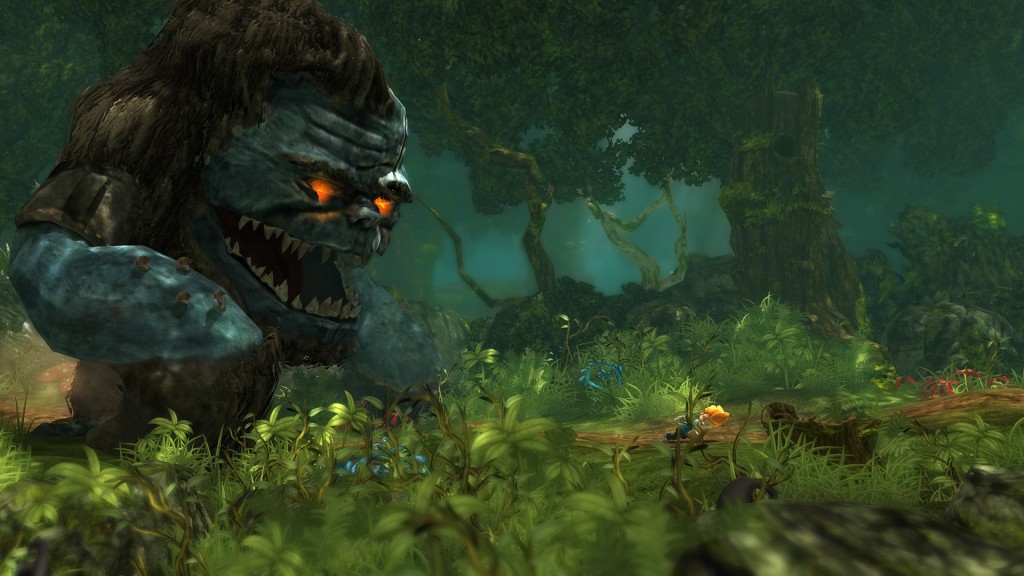 Max and The Cursed Brotherhood is very flawed technically on the Switch and when compared to the other versions you can definitely see those flaws front and center. MATCB suffers from low resolution when undocked and also docked which is kind of shocking since the game doesn’t look like a technical marvel. While playing undocked I also noticed the button response times are slower then docked, which makes me guess that the game switches between 30fps to a much smoother 60fps only when docked. It can get pretty frustrating when missing jumps from either slowdown or just overall slow response times.

While Max and The Cursed Brotherhood is not looking to be a graphical showcase like Nintendo’s first party titles, it’s still pretty nice that this game did come over fully intacted despite the few graphical issues. The music in MATCB is very good and fits the theme of the game very nicely, had no problems with anything on the audio side of things.

Max and The Cursed Brotherhood is a good platformer with a few technical flaws weaken the experience and that may be due to the Switch not being able to handle it well. As a platformer MATCB is very refreshing as there are alot of fast paced moments that you really have to think to find your next step. While the story is simplistic the gameplay really shines hopefully Press Play can update the title in the future to run better.

*Review Copy was provided by Wired Productions, Max and The Cursed Brotherhood is Also Available on Playstation 4, Xbox One, Xbox 360, and PC.

Monster Hunter Generations Ultimate Launching on The Switch This August

Monster Hunter Generations Ultimate Launching on The Switch This August