After quite some time, we finally have a new trailer for Injustice 2, which contains a few character reveals for the DC fighting title. With the game coming out in May, it was surprising for the team at Netherrealm to go radio silent during the holiday months, but it appears that they are about to ramp up the reveals and, most importantly, gameplay demos going forward. There is a teaser for the next character revealed for February 7th, at 10am PST (1pm EST).

The just-released CGI trailer (yeah, yeah CGIâ€¦) reveals that, among the already shown, Â we will also be seeing Â Poison Ivy, Robin, a pre-orderable Darkseid and, our main-villain,Â Brainiac.

Check out the trailer to satiate your thirst for Injustice 2.

Also revealed, as most WB games are, this one will be packed early with DLC. The various versions and their DLC can be seen below. 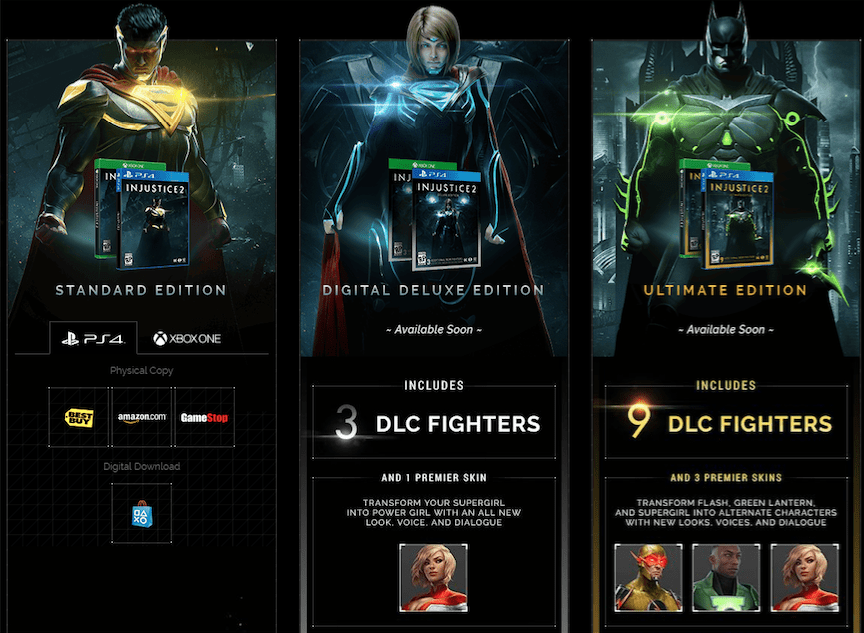