Itâ€™s hard to say that there was a glaring hole for another DC non-Batman series that skirts around that very Caped Crusader. Weâ€™ve had Foxâ€™s Gotham that went deep into Batman lore, yet featured a young Batman that didnâ€™t really allow us to actually see Batman in action, and, letâ€™s not forget, that show was a Jim Gordon story. Weâ€™ve heard nearly all CW shows skirt around where Batman might be and why he isnâ€™t there. Even DC Universeâ€™s own Titans skirted around the issue, albeit with more bluntness than any other property. So, maybe I was wrong and there actually is a space for a non-Batman show since all those mentioned previously were good to great, especially in their first few seasons?Â

When first watching a screening at Comic Con, I felt it was nearly impossible for Pennyworth to follow up after Batwoman which was screened just prior. The CW DC shows may be a bit formulaic after so many seasons, but man do they know how to create a great opening. Thankfully, Pennyworthâ€™s Pilot proved that it is far more than just another non-Batman story and has the opportunity to sit atop the cluttered pantheon of Batman universe adaptations.Â 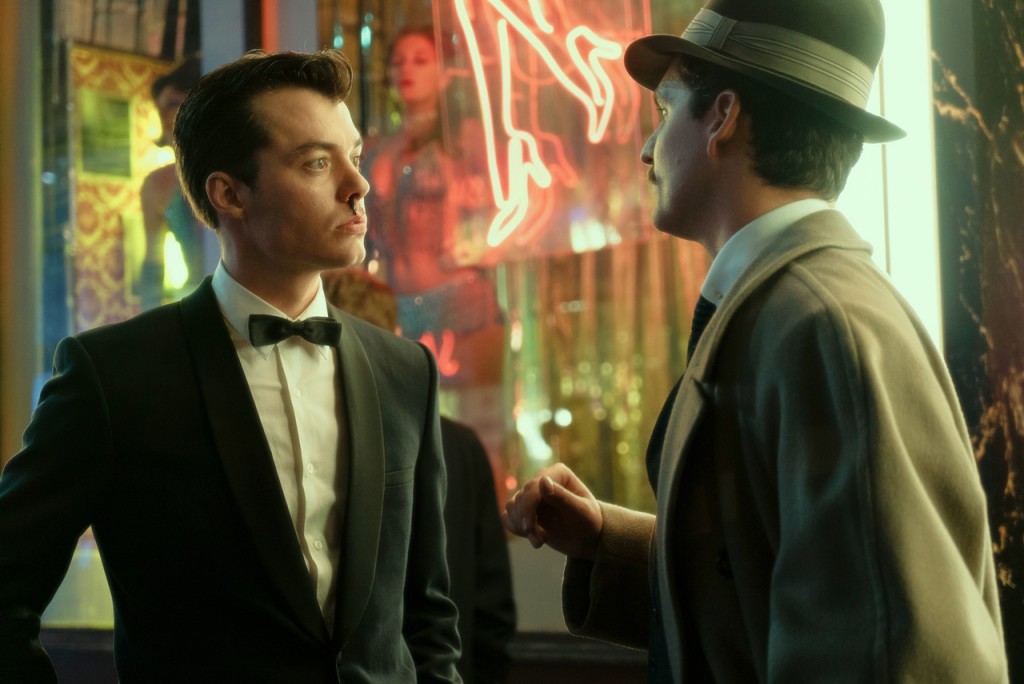 The story in Pennyworth is setup between two warring factions during the 60s in an alt-London, the No Name League (which I donâ€™t recall a further mention of outside of one scene where it is discussed that they are the left-wing part) and The Raven Society, which is the Fascist party. The Raven Society is portrayed as most rich evil organizations in TV, above-the-law and embedded throughout the fabric of London. Lord Harwood (Jason Flemyng) is their menacing head and dresses in kingly attire while carrying out what he feels is for the betterment of London. But, as its name states, this is all about Alfred Pennyworth, and we quickly discover how he ends up in the crosshairs of The Raven Society.Â

Pennyworth, at this point in time, is actually rejecting what is his fatherâ€™s calling for him and that is, ironically enough, becoming a Butler. Instead, he is using his SAS experience and opening up a bodyguard business. Currently he is doing work for a local night club. This very club proves to be the place where he meets two very important people: Thomas Wayne and EsmÃ© (Emma Corrin). The two end up pulling him head first into a clash with the Raven society after Alfred breaks up a fight resulting in Thomas Wayne giving him his business card after Patricia drunkenly hit him in the nose. Then, EsmÃ© gave him a handkerchief which kicked off their love story. So how does Alfred ultimately get pulled in? Turns out, one of the people Harwood was torturing gave up the name of Thomas Wayne. When they tried to put a hit out on him, he was able to escape, but in his pocket was Alfredâ€™s business card.Â

The deal is now for Alfred to give them Thomas Wayne for EsmÃ©. Of course, this doesnâ€™t go as planned, and hijinks ensue. We get to see Alfredâ€™s SAS experience come back as he and his two platoon mates Bazza (Hainsley Lloyd Bennett) and Dave Boy (Ryan Fletcher) brutally take out plenty of Raven Society members. The shock ending really puts a wrinkle into Alfredâ€™s belief that all he did in war was for the Queen. This should put Alfred in an interesting spot as to whether he will continue to unquestionably follow the Queenâ€™s order, or begin to question her motives.Â 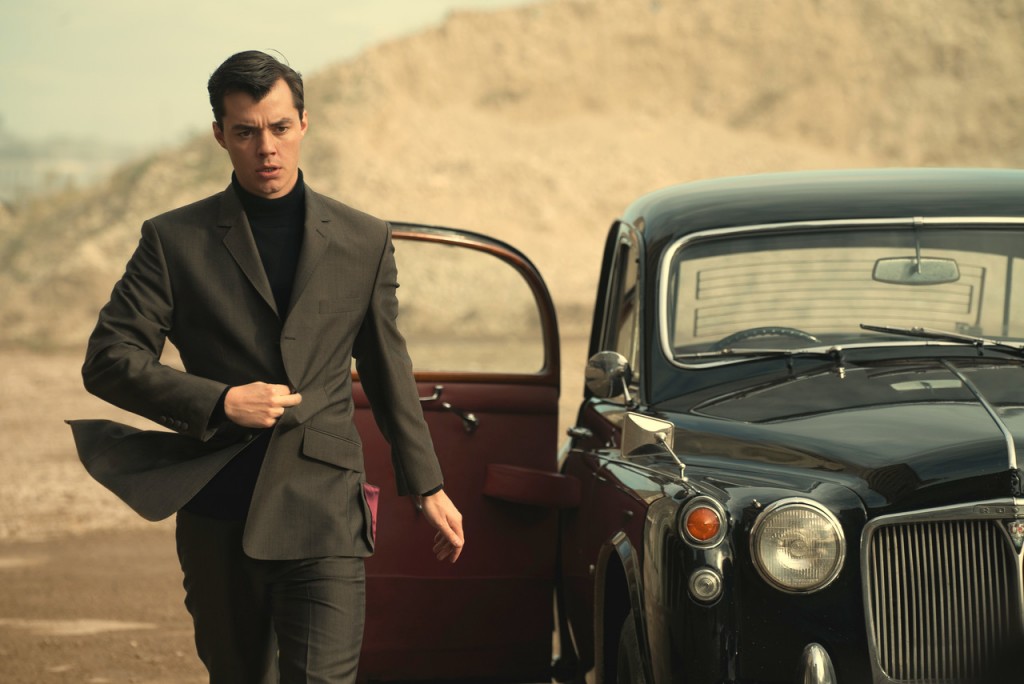 Strong characterization and world-building does wonders for any show, but especially in one that the audience eventually knows where the story will â€œend.â€ This might be the strongest aspect of Pennyworth. Kicking off with the two leads, Alfred (played by Jack Bannon) and EsmÃ© (Emma Corrin), the chemistry between the two is intimate and steeped in realism. Even if they did meet and fall head-over-heels within a two week time frame which is a bit surreal. The way the two interact off of one another leads to touching moments throughout, and the comedic banter in-between provides levity to the showâ€™s more serious notes. In one scene, the two are in a park, and we learn that EsmÃ© is only dancing to further her acting career. Cheeky Alfred encourages her to show him right there, in the park. When she obliges and boisterously acts out a scene, I had a smile from ear-to-ear. There is just something magical and real about how those two played off each other in that scene.Â

The two charactersâ€™ backstories also provide some real depth for the duo. The show has touched upon, and I assume will be touched upon throughout season one if not the entire series, Alfredâ€™s military service and how it has affected his realtionships thereafter. Clearly a haunting memory, it provides the basis for who Alfred hopes to become. EsmÃ©â€™s backstory is less immediately tragic. While not having her fatherâ€™s approval to necessarily pursue acting, heâ€™s open enough to allow her to make that decision so should she choose. The contrast in backgrounds is sure to lead to some conflict in the future.

Outside of the two leads, Pennyworth is permeated with strong, well-fleshed out characters. From the obviously evil Raven Society leader in Lord Harwood to the very-much-a-financial-analyst Thomas Wayne (played by Ben Aldridge), this show is not without itâ€™s amazing characters. But, there is one that stands very close to Alfred and EsmÃ©, and that is Bet Sykes (played by Paloma Faith). You know how a show attempts to tip-toe the crazy aspects and crosses that line and the character is too comical to even fit in a comic adaptation? Well, Paloma is able to toe that line to where she still feels like a character versus a caricature. Yes, she is definitely crazy but also a bit grounded in her portrayal. Grounded in the sense that there are two warring factions in an alt-history London in the 60sâ€¦ grounded.Â

My only two qualms with the premiere episode were how quickly the story line sped along, which is interesting since the pacing of the show is actually quite deliberate, and how / if Thomasâ€™ sister is a part of the story. I felt how quickly Thomas Wayne and Alfred bonded was a bit quick, and how quickly Esme and Alfred fell for one another, so much so that he is ready to buy a loft and for them to move in together. Nothing deal-breaking, but those two points felt rushed. As for Thomaâ€™s drunk sister, while providing for a perfect chance meeting to introduce Thomas to Alfred, it also opens up just as many questions. Especially considering what we all know happens to Bruceâ€™s parents.