Â Who would have thought an accessory would be a game changer?  And for the price, it’s definitely a game changer. I was skeptical when Sony announced they were making yet another accessory, out of nowhere. When announced, I was thinking why would I ever need this? How would it even change my gaming habits? I can confirm that the addition of two back buttons is definitely mind-blowing in how it affects your gameplay experience.

Â Before getting the add-on, I thought those buttons would fit perfectly for L3 and R3 as some games put actions that are necessary there like sprinting, melee attacks and more. That’s the first thing I tried, but I started to experiment with the ergonomics of the buttons to find how they make sense to hold the controller. I found that I am able to use my middle fingers to tap the buttons with the most comfort; plus, it works great that you can feel the click of the buttons. 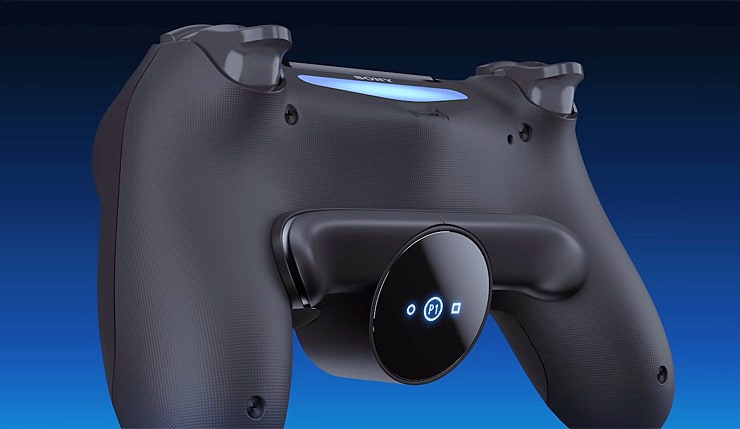 Â On the back of the attachment, there is a small screen which you can tap to change the button configuration of your back buttons. What’s so cool about the tiny screen is that it pretty much gives you access to change without having to go into any menus. You can change it to use almost all the buttons on the Dual Shock 4, outside of the share button. You can also set it to not have a button, so that way you can’t mistakenly hit the back buttons. The back button attachment from the screen lets you save three different profiles; you don’t have to set it for every game. It would be great if it let you set more, but it’s very easy to get everything set up should you need to make slight changes to better suit the game you are playing.

Â For example, you can customize the back buttons to sprint for titles that use L3 or R3. It’s actually a game changer for me in the current title, Dragon Ball Z: Kakarot because it doesn’t give you much customization. The lack of customization is prevalent in far too many games. I currently don’t like that the L2 is the block button, so I set it up as the left back button and it’s making my experience so much better. So in turn, these back button attachments are something I didn’t even know I wanted or needed. But, the low entry price of $29.99, makes this a no-brainer.  This great accessory makes me wonder if Sony is going to have the Dual Shock 5 without the added buttons to reduce cost on the PS5, and if you wanted to add them you can just add this attachment. This attachment is more than worth the price, and is a great alternative to Pro controllers if you need extra buttons.