The highly anticipated new series, “The Witcher,” made its debut on Netflix in December. I’ve always been a fan of fantastical series set in another universe in another time, so “The Witcher” seemed like it would be right up my alley. Even so, I’m not a gamer, so I haven’t played The Witcher games, nor have I read any of the Witcher novels or comic books. I’m merely a fan of good TV.

I remember when The Witcher was announced and Henry Cavill was cast as the lead character, Geralt of Rivia. There always seems to be backlash these days when it comes to casting, so there was nothing new here. I’m a fan of Henry Cavill, so I was excited to see him in a new role. Then came the posters and first views of the makeup, costumes, and sets. Again, the fans of the novels, games, and comic books were picking apart each detail, worried that the series wouldn’t stay true enough to the world they already know. Having no reference for the world, I was only wary because of the uproar. 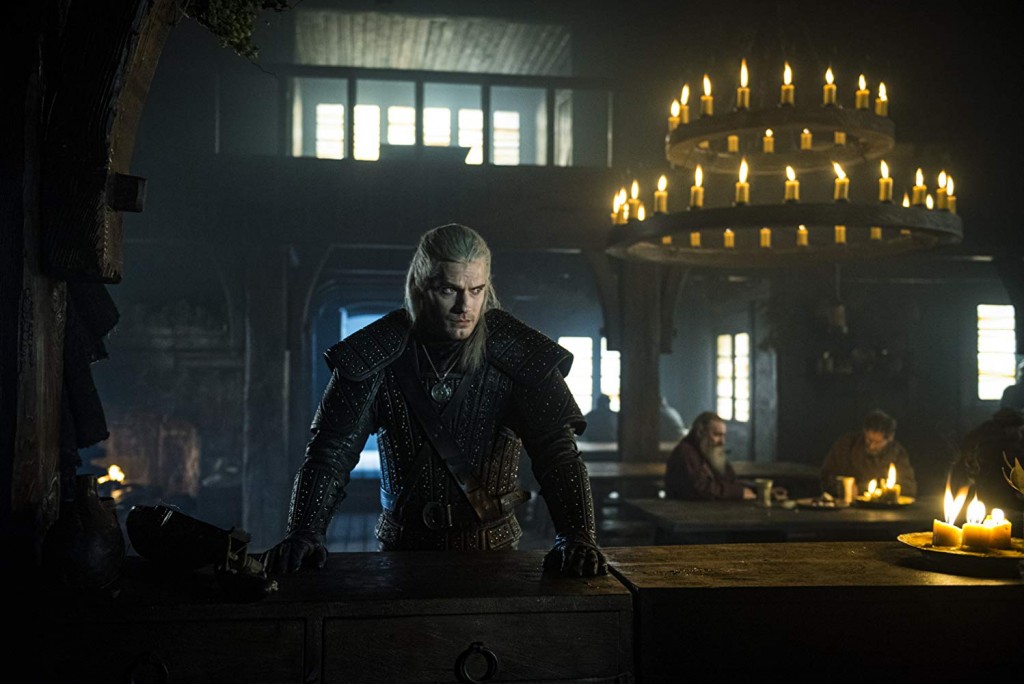 I started watching The Witcher with minimal expectations. The first episode or two were a lot for someone who was being introduced to this world for the first time. I was lucky to be watching with my husband, who has played all of the Witcher games. He helped to explain a few things, but there wasn’t too much explanation needed. The only time we both got a bit confused was with the time jumps. At first, we didn’t realize that we were passing through time. It wasn’t clear at first that we were seeing at least three very distinct timelines. Once we realized that Ciri’s timeline was the present, and Geralt and Yennefer’s journeys were leading to the present, it made the viewing that much more pleasurable.

Netflix makes binging The Witcher easy as all episodes are released at once. This makes the 8 episode first season fly by. But, the good news for audience viewers who enjoyed the premiere season, Netflix ordered a second season of the fantasy show before season one even aired, and production has already begun. While it seems that audiences are enjoying The Witcher, critics have yet to be swayed. There have been more positive reviews as the series has been out for a month or so. Most people are realizing just how much fun The Witcher is. While the overall material is pretty dark, there is a dry humor that brings a big of lightheartedness to the show.

One of the best things to come out of The Witcher is the music. Jaskier follows Geralt around for many of the episodes singing of the White Wolf’s adventures. Thankfully, the official soundtrack is now out, and we can all sing along to “Toss a Coin to Your Witcher” whenever we want. If you haven’t watched The Witcher yet, check out the trailer above, and let us know what you think.